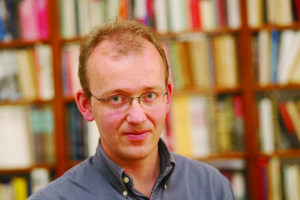 Many readers might have thought the statue plan might be a bad joke because such a statue was out of the question in communist times, when anti-fascism was still a duty in Hungary.
The government’s idea is in fact no more than the logical consequence of the historical view that has already been written in the new Constitution. We can summarise this view in short in the following way: Hungary lost its independence in March 1944 and only won it back in 1990.
Regarding this new statue, the famous saying from German General Marshal Maximilian von Weichs comes to my mind. Asked how much time his troops would need to occupy Hungary, he said: “Twenty-four hours.” The puzzled questioner inquired how long the action would take in case of resistance. Weichs answered simply: 12 hours, because in that case the welcome speech would not be held.
We have to add that Weichs complained in his diary his presence in Hungary was redundant; all he had to do was attend banquets, wine tastings and visit the opera. His troops had been welcomed in a friendly and almost frenetic way by the occupied country.
When you have seen through the political concept that stands behind the historical view of the Hungarian government, you will come to the conclusion that the statue will serve as a memento for the national self-acquittal. To avoid any misunderstandings: this is only a form of government propaganda. Another voice to denounce Hungary’s responsibility as a nation straight away, just like Deputy Prime Minister Tibor Navracsics announced it too.
This sort of role allocation was perfected to the maximum by ruling party Fidesz’s PR experts. It is most noticeable in the printed media: Heti Válasz (weekly newspaper), Hír TV (news channel) and Magyar Nemzet (daily newspaper) that serve the moderate right-side voters, while Demokrata (weekly newspaper), Echo-TV (news channel) and Magyar Hírlap (daily newspaper) serve the taste of the radical right-side voters. The latter audience is not really separable from the voters of the Jobbik party; there is basically no ideological difference.
Basically the new statue can be only interpreted in the sense of the historical policy that Fidesz is following. This interpretation of the events serves as an excuse for all those – most of all right-oriented – Hungarians who are reluctant to deal with the historical facts. Speaking about the facts: after the occupation of the country a reckless deportation fury was started by the Hungarian authorities.
Rudolf Höss, the director of Auschwitz concentration camp, was continuously asking for slower shipments from Hungary but Budapest was not listening to his pleading. Ernst Kaltenbrunner, SS Chief Group Leader, was so surprised at the lack of resistance they encountered that he wanted to start a pseudo-resistance movement in order to unmask the real anti-fascists in Hungary. Péter Hain, the chief of the Hungarian political police, assured him: that is completely unnecessary because if there was a resistance he would have already known about it long ago.
Everything seems to point out that the ones who are working on the planning of the national statue are not at least disturbed by the historical facts. Their efforts are understandable to an extent because there is in fact a demand for it. However, if this kind of historical remembrance receives official status in Hungary we are officially back to the dark practices of the Kádár era: the falsification of historical facts by the state.

The author is a historian.