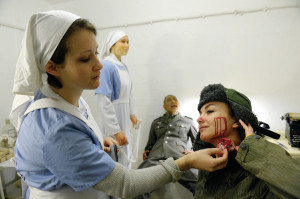 One of Budapest’s hidden treasures, the Hospital in the Rock, celebrated its 70th anniversary last week.  It used to be a top-secret nuclear bunker and hospital during the Second World War and thanks to Saint John’s Hospital, which was given the task of maintaining the facility after the war, much of the original machinery and furniture has remained in usable condition. The installation was upgraded in 1962, therefore most of the devices, supporting tools and equipment, electricity network, etcetera are from the 1960s. Wax figures represent medical staff and patients. The Hospital in the Rock provides such a great experience that The New York Times selected it as one of the Top Ten Must See Places in Budapest.

The government’s “zero tolerance” ban applies to all genetically altered crops, Gyula Budai, state secretary at the Ministry of Rural Development, has said. Hungary would continue to ban the farming of GMO crops in Hungary, including maize. The European Union will soon give the green light to the cultivation of genetically modified maize 1507, which will apply to Hungary too, Budai said, adding that clear and open talks about GMO are timely and important. In March 2009 EU environment ministers voted against an EU proposal which would have required Hungary to lift a ban on the production and import of genetically modified products. A food safety survey said only 9% of Hungarians believed genetically modified food to be safe and 64% believed that such food is clearly unsafe.

Orbán pledges broadband internet in every home by 2018 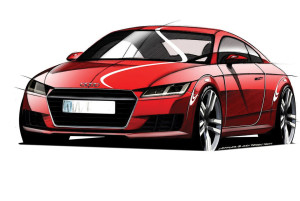 Audi to premiere model made in Hungary at Geneva motor show

Bokros’ Moma to support Unity from outside

The Movement for a Modern Hungary (Moma), headed by one-time Socialist Party finance minister Lajos Bokros, will support the parties of the Unity opposition  alliance at the election on 6 April. Bokros, who is now a conservative MEP, said his party would support Unity from the outside but would not run on the alliance’s party list or field individual candidates. The agreement does not involve the European parliamentary elections.  Attila Mesterházy, the Socialist Party leader and prime ministerial candidate for Unity, said the alliance’s goals include restoring constitutional rule, a proportionate two-round election system, propping up economic growth and eliminating corruption. Bokros said Moma, as a centre-right, conservative party, has disagreements with the left but it is Unity that is most likely to restore constitutional order in the country, as the left had not once attempted to dismantle it since the transition to democracy. 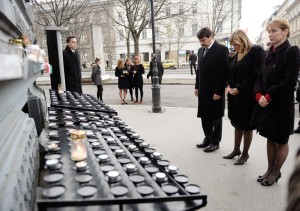 Commemorations were held nationwide this past week to pay tribute to victims of Hungary’s communist dictatorship. The central ceremony was held on Tuesday, the country’s day of remembrance of such victims, at Budapest’s House of Terror Museum, where flowers of commemoration were laid and candles lit by among others President János Áder.

Prime Minister Viktor Orbán has proposed postponing talks with the Jewish community until after Easter. Addressing a letter to Jewish federation Mazsihisz, Orbán said that given the April election campaign was under way “this is hardly the right moment to forward a position in a calm and compassionate manner … There’s a risk we won’t listen to each other with the best of intentions”. He suggested that the dialogue should be picked up again “after the Easter holidays, in which we all find renewal”. Orbán repeated his government’s commitment to “zero tolerance of anti-Semitism” and “openness and sympathy towards victims”. The government decided last week to postpone from March to May the unveiling of a monument dedicated to the victims of Hungary’s Nazi occupation. Earlier in February Mazsihisz threatened to stay away from official commemorations of the 70th anniversary of the Holocaust unless the government abandoned plans for the monument, seen by government critics as an attempt to divert attention from the role of Hungarian authorities in the Holocaust. The government’s decision to postpone the unveiling of the monument is nothing but “a cynical avoidance of conflict” in light of the upcoming election, Gordon Bajnai, head of the opposition Together 2014-PM electoral alliance, said in a blog post. Bajnai welcomed that “though not as sharp, Hungary’s democratic reflexes are still there” and the government had been forced to roll back plans to “erect a monument falsifying history”. He insisted that the decision was a “great leap backwards” for the government but “just a small step forward” for the nation, because “falsification will remain falsification even in two or three months’ time”.

Hungary’s banking sector had combined pre-tax profit of HUF 155.2 billion in 2013, preliminary data published by the National Bank of Hungary (NBH) on Monday show. The profit was a sharp improvement over HUF 91 billion pre-tax losses registered in 2012. The sector had HUF 67.6 billion of after-tax profit last year against an after-tax loss of HUF 173.5 billion in 2012. 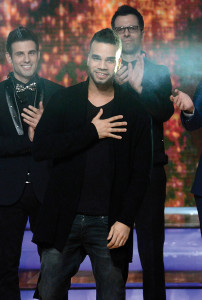 András Kállay-Saunders has been selected to represent Hungary at the 59th annual Eurovision Song Contest in Copenhagen, Denmark. Born in New York City in 1985 to a Hungarian mother and American soul singer Fernando Saunders, he moved to Hungary in 2010 and finished fourth in the talent show Megasztár. He was the runner-up in last year’s competition to represent Hungary at Eurovision but was voted number one by both the judges and the public poll this year. The semi-finals will be on 6 and 8 May and the final on 10 May.