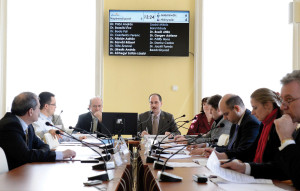 With less than three weeks to go until the election on 6 April, it is time to take a closer look at how the government led by Viktor Orbán has transformed the electoral system. Based on the study of the right-leaning think-tank Századvég, The Budapest Times presents the most important changes.

The Act on electoral procedure

Tasks related to elections are shared by central and local bodies, decision-making boards and administrative organisations. There are two types of election bodies in Hungary: election committees and election offices. The independence of such bodies has been clearly prescribed by the 2013 Act on electoral procedure.
Electoral committees are independent, subject only to the law. Their most important task is ensuring the fairness and legality of elections, confirmation of results and – where necessary – redress of abuses. The various types of committees – at national and local levels – have not changed in essence. The most important change has been in giving more independence to the National Election Committee. Instead of five members this now has seven, who are no longer nominated by the minister of the interior but the president of Hungary – who occupies a politically neutral position. The committee’s members are elected by Parliament for terms of nine years, and their body’s independent status is now similar to that of others such as the Constitutional Court and the Curia (Supreme Court).
The system of election offices, which carry out administrative tasks, has not changed significantly as a result of the new Act on electoral procedure. The main tasks of election offices remain the preparation and logistical management of elections, information, training, secretarial and technical matters. An election office works alongside every election committee, except the vote-counting committee and foreign representations. The leaders of election offices are settlement clerks, and leading up to elections their staff are local government employees.
Prior to the new Act, the body responsible for central administration of elections was the old National Election Office, which operated as a department within the Ministry of Public Administration and Justice, and before that the Ministry of the Interior. The new National Election Office operates as an autonomous public administration body, completely independent from the government. The president of the National Election Office is nominated by the prime minister and appointed for a nine-year term by the president of Hungary; strict rules on conflict of interest apply to the post.

The new Act has not significantly amended the structure of legal remedy system. As under the previous system, there are three procedures: objection, appeal and judicial review at the Curia. An objection may be lodged with regard to violation of electoral rules by those affected, or anybody with suffrage. This objection will be decided on by the relevant election committee at local or national level, depending on the type of the election.
Decisions by election committees may be appealed by the original complainant(s), and appeals are judged by the body which is one level higher than that which made the disputed decision. Within the electoral procedure system it is not possible to make a second appeal or to appeal the decision of the National Election Committee; in such cases the appellant – which can only be the natural or legal person directly affected – must turn to the courts. The latter option is applicable for parliamentary elections, in which case the court of appeal is the Curia. This change in the appeals system clearly aids consistency in application of the law, and thereby increases legal certainty.
For each of the three review processes the objection or appeal must be lodged (in electronic form, if desired) within three days, and the relevant body must make a decision within three days of receipt of the application.
Hungary’s new Fundamental Law of 2011 created the possibility for a so-called “constitutional complaint”, which is an important guarantee in the election process as well. This allows persons and organisations to contest individual judicial decisions which they think infringe their rights as guaranteed by the Constitution, including those related to elections.