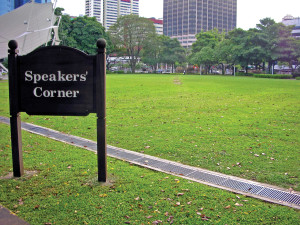 “The fact that an opinion has been widely held is no evidence whatever that it is not utterly absurd; indeed, in view of the silliness of the majority of mankind, a wide-spread belief is more likely to be foolish than sensible.” I wish I could claim that as my own but English philosopher Bertrand Russell beat me to it. And he makes a good point.

When I’m looking for excuses not to do what I should be doing, I like to scan expat blogs, check out the many expat forums and read through the myriad Facebook comments, in an effort to see what the expat world thinks of living in Hungary. While many comments are at best rather inane, others border on outrageous.
This week, for instance, an advertisement seeking a native-English speaker to work in an office here in Budapest got this response to a follow-up question as to why, given the number of Hungarians who speak better English than a lot of native-English speakers, native English was a requirement:
“As someone who’s employed a hell of a lot of expats and ‘Hungarians with excellent English’ – let me share a common consensus when it comes to employing Hungarians in the future…. NEVER AGAIN. English is invariably sub par, general attitude problems are rife (how to motivate someone who struggles to smile??), pay expectations beyond reason (often due to a degree in something pointless) and to top it all off a real “no can do” attitude.”
Thankfully, subsequent comments to this one showed that this is far from the common consensus the author claims.
I’ve long since held that if you don’t vote, then you shouldn’t complain about those in office. If you don’t get involved, you should keep your opinion to yourself. If you don’t engage with the community, then you put up and shut up. But with the election just two days away, I’m all too conscious of the fact that I don’t have a vote and yet whatever is decided at the polls is likely to affect how I live my life. It’s a scary thought.
But when it comes to my earned right to complain as a tax-paying, law-abiding, active member of the community, I’m left wondering where I draw the line.
Is it okay for me, say, to complain about the arbitrary nature of the Magyar Posta’s ticketed queuing system, which by virtue of the fact that it’s automated should mean that everyone is seen in turn but rarely is? Or the fact that the ticket for a concert I attended as part of the Spring Festival on Tuesday night cost me EUR 13.00 online and yet the printed ticket I received said HUF 3000 (which is no more than EUR 10.00)? Or the fact that as the hot weather approaches, alleyways and side streets are starting to smell like public urinals?
I say yes – I can complain. I live here. I pay taxes. I engage. That gives me the right to express my opinion. I’m not claiming it’s a common consensus. I’m not saying that I represent a majority. I’m not speaking on behalf of anyone but myself.
But if I were an expat living in Budapest who thought that the English spoken here was “sub par” (versus Hungarian-language fluency level of foreigners living here???), who thinks that pay expectations are beyond reason (sure, as a qualified teacher in Hungary, is it ridiculous to expect to take home more than EUR 300 a month???) and that the country (which is buzzing with entrepreneurial talent) has  “no can do” attitude, then I’d do the sensible thing: move on or go home.

Mary Murphy is a freelance writer and public speaker, who occasionaly climbs on her soapbox. Read more at www.stolenchild66.wordpress.com