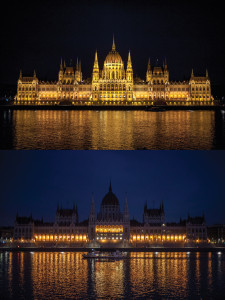 Parliament lights off in Jewish commemoration

Lights on the Budapest Parliament building were turned off for an hour at 8pm last Friday to mark the 70th anniversary of a government decree that obliged Jewish Hungarian citizens to wear a yellow star. The commemoration was initiated by the non-parliamentary Social Democratic Civic Party led by Andor Schmuck and supported by László Kövér, the Speaker of Parliament. Simultaneously, the party held a commemoration at the “Shoes on the Danube Bank” memorial, which pays tribute to the Jews who were shot into the Danube by fascist Arrow Cross militiamen in the Second World War.

Hungary’s recent Church Act violated the rights of religious communities when it stripped them of their church status, the European Court of Human Rights has ruled. Religious communities’ loss of full church status breached their rights to freedom of assembly and association and their rights to freedom of thought, conscience and religion, a statement said. The court found that the government failed to show there were other, less drastic solutions to problems relating to abuse of state subsidies by certain churches “than to de-register the applicant communities”. “Furthermore, it was inconsistent with the state’s duty of neutrality in religious matters that religious groups had to apply to Parliament to obtain re-registration as churches and that they were treated differently from incorporated churches with regard to material benefits without any objective grounds,” it added. 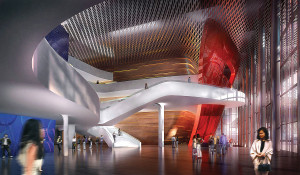 A large cultural and sports complex designed by Hungarian architects is scheduled to open in south China in a few months. The basic layout of the Nanshan Cultural and Sports Centre and Arts Museum was completed in six months, following the designs of Gábor Zoboki and his associates. The Ybl award-winning architect said technical quality of the complex was “excellent”. Culture and sports are intertwined under the Chinese concept, which explains the juxtaposition of the new complex’s components, he said. It contains a theatre and concert hall, children’s theatre, museum, library, open-air stage, sports arena and swimming pool.

The Visegrád Group’s expansion is not on the cards, Hungarian foreign affairs spokesman Gábor Kaleta has told state news agency MTI.  Kaleta was responding to a suggestion by Slovenian President Borut Pahor that Slovenia and Austria would join meetings. Pahor was reported as making the comment after meeting his Czech counterpart, Milos Zeman. Kaleta said decisions within the Visegrád Group (Czech Republic, Hungary, Poland, Slovakia) are made in common. Sometimes the group includes other countries in its summits but the idea of enlarging has not been raised by its member states, he said. However, the fact that such an expansion had been mooted testified to the success of the cooperation. Czech news agency CTK quoted Pahor as saying the Czech Republic, Hungary, Poland and Slovakia had decided that regular Visegrad Plus meetings, including Austria and Slovenia, would be organised. Zeman said the invitation of the two countries to Visegrád Group meetings comes after long-term negotiations. 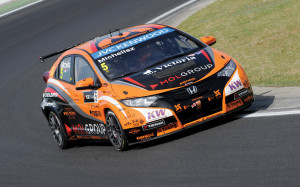 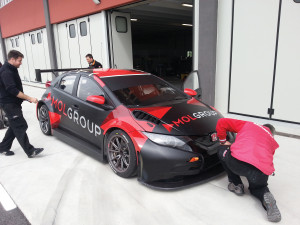 World Touring Car Championship racer Norbert Michelisz will abandon the orange-black combination this year as his new Honda Civic TC1 will sport the colours of the Hungarian team’s main sponsor, MOL Group. Michelisz tested the TC1 this month in northern Italy. “The first impression I had was that the car is much faster than I expected, especially under braking,” he said. “This means that in the fast corners you have to change your driving style not to lose speed. We had no technical problems over the 200 kilometres we covered during the test, which is very good news in view of Marrakech.” The race in Morocco will be televised on Sunday at 5pm on Eurosport. 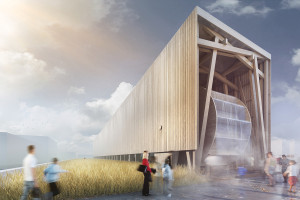 Milan expo pavilion to be rebuilt in Szombathely

Government Commissioner Géza Szőcs has laid the cornerstone of the Hungarian pavilion for the  2015 World Expo in Milan. The pavilion will cover 1,910 square metres and Hungary, next to Italy, will be the only country to rebuild its pavilion once the Milan expo ends. Hungary plans to set up a research and development and education centre in the rebuilt pavilion in. Szombathely. Fully HUF 2.5 billion will be spent on building, dismantling and transferring the pavilion. The 2015 expo addressing sustainable development under the slogan “Feeding the Planet, Energy for Life” will be held between 1 May and 31 October. Hungary will present three main topics: water, protection against genetically modified organisms (GMOs) and environmentally focused youth education. In this spirit, Szőcs planted a Pomme Batul apple tree at the Milan site. The tree was chosen as Hungary’s symbol because this variety goes back to the country’s foundation over a thousand years ago.

This year Budapest was again found the best-value destination for a city break for Britons, Hungarian state tourism agency Magyar Turizmus (MT) said on its website, citing the recent Post Office Travel Money 2014 survey. The British Post Office looked at 25 leading world cities and found that prices in Budapest for travellers from Britain have dropped by 11% compared with last year, thanks to a combination of lower hotel costs and a stronger pound. The research compared the prices of typical items that might be bought on a city break, including an evening meal, glass of wine, bottle of beer, cup of coffee, museum ticket, airport transfer, accommodation, sightseeing and city transport, MT said.

Some HUF 650 million has been spent to expand Hungary’s network of shops that accept bets on horses before the start of the racing season, business daily Világgazdaság has reported. Across the country, 245 such shops now operate, including 50 in Budapest. Thirty shops are state-licensed tobacco retailers. The Hungarian Development Bank, which owns bookmaker Magyar Lóversenyfogadást Szervező, expects the business to become profitable by 2015.