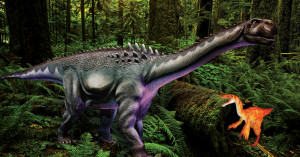 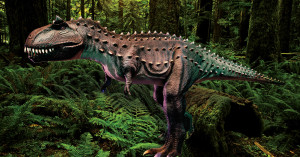 Millions worldwide have seen the 50 life-like recreated dinosaurs that move many parts of their bodies, including eyes, tongues and fingers, both scaring and charming children and grown-ups.
The exhibition is a time machine that takes back visitors to the Triassic, Jurassic and Cretaceous eras.
An experienced paleontological team took part in creating the settings for the displays. Visitors can touch and observe from up close the monsters that we normally see only in films and books.
Which dinosaur will be the favourite: a triceratops, a stegosaurus or a tyrannosaurus rex? Children  can play and paint dinosaurs, ride on the back of one sweet little creature  or sit inside a dinosaur egg.
In the excavation zone – where a T-Rex skeleton is hidden – they can find out what dinosaurs looked like, what they ate and how big they were. 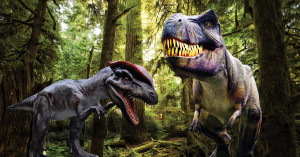 Days of the Dinosaur