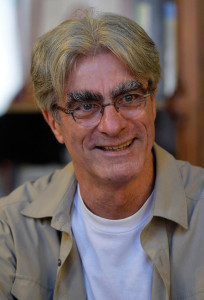 When French-Canadian Jean Béliveau walked 75,000 kilometres through 64 countries between 2000 and 2011, one milestone was passed in Rákóczifalva, Hungary. The circumference of planet Earth
at the equator is 40,075 kilometres, and it was on 6 January 2007 that Béliveau passed this distance at the small Hungarian town just south of Szolnok.

The locals had advance notice that the round-the-world walker was on his way and they gave him a great welcome: a beautiful occasion and a highlight of his journey, says Béliveau. Seven years later, he was back in Hungary for five days in late June, not walking this time but for the unveiling of Rákóczifalva’s Monument for World Wide Walk for Peace and Children, built in his honour. The unveiling ceremony was on 28 June.
The area around the monument displays a world map created from marble. The route of Béliveau’s epic walk is indicated by stones of different colours. The 64 countries have each been asked to contribute a small stone that will be added to the map. So far 22 have arrived. At the centre of the monument is a globe that will be illuminated at night.
Béliveau left Montreal, Canada, at 9am on 18 August 2000 to promote „peace and non-violence for the profit of the children of the world”. It was his 45th birthday. He set out alone with a three-wheeled stroller holding some food, his clothes, a first-aid kit, a small tent and a sleeping bag.
Nine months of planning had gone into the trip but he only told his wife, Luce, about it three weeks beforehand. This was because he was frightened she would change his mind. He told her at breakfast and naturally she was shocked. „At first I was afraid my beloved would break my dream,” he says. Eventually she and their two children gave him their blessing.
Béliveau says it was a „small depression”, something like a mid-life crisis, that motivated him. He felt, trapped, bored and had a desperate desire to put some significance into his life.
’I wanted to do something with my life outside of the social system, to do something before I died,” he says. „The idea was fragile, like a seed in my heart. It was almost too big an idea.”
The trek around the world via the Americas, Africa, Europe, the Middle East, Asia and Australasia was also in support of the United Nations proclamation of 2001-2010 as the International Decade for a Culture of Peace and Non-violence for the Children of the World.
Béliveau was seen off by his father Benjamin, Luce, their two children and some friends.  His father would die while he was walking in Belgium. His daughter Elisa-Jane was three months pregnant when he left and would have two children while he was away. He saw his first grandchild in Germany, aged five years. The second grandchild was five just before his return 11 years after leaving.
Luce managed to visit him 11 times while he was away, seeing him just about annually in New Orleans, Quito, Santiago, Malawi, Egypt, Seville, Istanbul, Katmandu, Taiwan, Sydney and Vancouver. Each trip was seen as a new „honeymoon” that was sometimes exotic, they said.
Along the way Béliveau met four recipients of the Nobel Peace Prize, including Nelson Mandela. He had walked down through the Americas before crossing over to Cape Town in South Africa to begin the African section of the trip on 15 July 2003.
In July 2004 he had deep feelings of loneliness and discouragement in Ethiopia and was on the verge of giving up. In Oran, Algeria, in October 2005 he needed emergency surgery for a prostate problem, which was done for him for free by a prominent Algerian urologist.
Another privilege the walker received came in April 2007 when he was given special permission to walk across the Bosporus bridge in Istanbul linking Europe and Asia. Normally, walking over the bridge is forbidden. A solemn moment was in Hiroshima in November 2008. Next March he was among 1,000 people on a peace walk for children in Manila.
Béliveau’s 55th birthday, and the 10th anniversary of setting out, came on 18 August 2010 in Yarram, Australia. His return to Montreal came on 16 October 2011, after 11 years and two months walking that apparently consumed 54 pairs of shoes.
Did he ever feel like accepting any lifts, The Budapest Times asked him when he returned to Hungary last month for the unveiling of the monument in Rákóczifalva? „There were a couple of times in dangerous areas when the locals wouldn’t let me continue,” he recalled. „In Mexico there was an area with bandits and in Sudan there were hyenas. I had to accept the lifts but it felt like cheating and I walked longer those days to make up for it.”
What does Béliveau think about today’s car culture, where people often can barely walk to the corner shop?  „The human body is a beautiful machine and we don’t use it enough any more. We should use our legs more.”