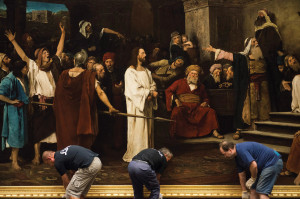 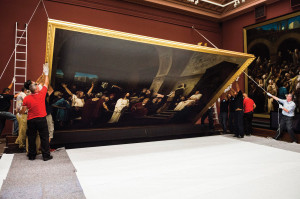 Hungarian painter Mihály Munkácsy’s famous “Christ Trilogy” has been separated because “Christ before Pilate” (1881) is returning to Canada after talks between Hungarian government officials and the owner fell through. Talks to keep the work in Debrecen failed to reach an agreement on extending the painting’s loan period. Déri Museum spokesman Attila Nehéz said the work’s long-term lease ends at the end of July, and since it needs to be prepared for the overseas flight, visitors no longer can see the three paintings together. “Ecce Homo!” (1896) is owned by the Hungarian state, “Golgotha” (1884) is in the ownership of Hungarian-born US art collector Imre Pákh, while “Christ before Pilate” belongs to the Art Gallery of Hamilton, Canada. The Human Resources Ministry said the government is committed to keeping the Christ Trilogy together and the Justice Ministry is drafting a bill on regulating the acquisition of artworks with a view to eventually purchasing the work. Pákh said: “No one negotiated substantively with the Hamilton gallery on purchasing the ‘Pilate’ painting.” He had learned in a telephone conversation with the director of the Hamilton gallery that the Hungarian side had not replied to an offer to sell the painting and no negotiations had taken place. “It appears that there is no interest in Hungary for Munkácsy’s painting, and it is very sad that in the year of the 170th anniversary of the painter’s birth the Trilogy will be separated,” Pákh said. 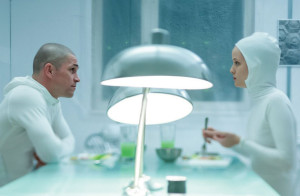 Parliament’s justice committee has decided not to approve applications for official church status by ten religious communities. The committee said the applicants, including Evangelical communities, two Jewish groups, a Buddhist and a Baha’i organisation, did not meet preconditions concerning cooperation with the state. The MPs surveyed public support for the applicants and established that their size and activities were “relatively low”, and suggested that their activities were of negligible public benefit. The committee suggested that denying them official church status would not curb their freedoms of religious practice. The final decision is in the hands of the national assembly, which will vote on whether to accept the committee’s recommendation or grant the status.

Police have taken into custody a government official suspected of taking bribes in return for providing immigration documents, public television M1 has reported. The National Protection Services, a body investigating government corruption, had looked into reports that the immigration officer was suspected of having granted Hungarian citizenship to foreigners who failed to meet the criteria on several occasions since last summer, M1’s news programme Híradó said. Police took him into custody from his workplace at a District X office of the Budapest Office of Immigration and Citizenship. The suspect allegedly admitted to taking bribes of HUF 20,000-50,000 per case to overlook the shortcomings of an applicant, for instance their failure to speak Hungarian. Police also arrested a 36-year-old Romanian woman who allegedly acted as an intermediary. 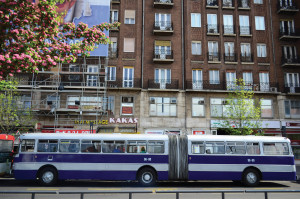 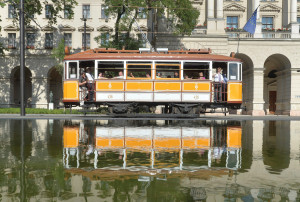 Trips back into time

Budapest Transportation Centre will again run nostalgia trams and buses this July. The old-school Ikarus bus (marked as line C) will depart from Deák Ferenc tér for a 45-minute ride to Szentendre at 10am, 12.30pm and 3pm on 26 July. The tram (marked as line J) will leave the Jászai Mari tér terminal of line 2 on 27 July four minutes before the top of the hour. The first tram will depart at 4.56pm and the last at 9.56pm. Passes are not valid, single tickets cost HUF 500.

The European Commission has asked Hungary to respect EU rules on the freedom of establishment and free provision of services as regards mobile payments. The exclusivity granted to state-owned national mobile payment company Nemzeti Mobilfizetési needlessly restricts access to the market, the Commission said. The request was made in the form of a reasoned opinion, which is the second stage of an infringement procedure. Legislation passed in 2011 gives the state-owned company exclusive rights to operate the national mobile payment system, a platform that service providers must use when providing intermediation services such as public parking for payments through mobile phone. “This new exclusive right unnecessarily and significantly restricts access to a market that was previously fully open to competition, thereby harming existing investors and dissuading future investors with no appropriate justification,” the Commission said. According to the statement the Commission asked Hungary to take action to fully comply with EU rules. If the Hungarian authorities do not provide a satisfactory answer within two months, the matter may be referred to the EU Court of Justice. 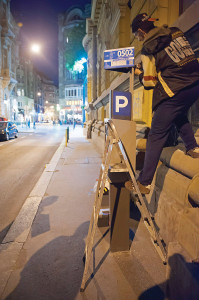 Jobbik firmly rejects the planned free trade agreement between the European Union and the United States because it would aggravate Hungary’s vulnerability and “colonial status”, the deputy leader of the radical nationalist party’s parliamentary group, Márton Gyöngyösi, said this week. Gyöngyösi called on the government to focus on national interests over Western capitalist corporations. By easing data protection, food safety and consumer protection rules and harmonising standards, the agreement would further strengthen the position of large export-oriented, well-capitalised Western companies at the expense of Hungarian consumers, farmers and small business, he said.