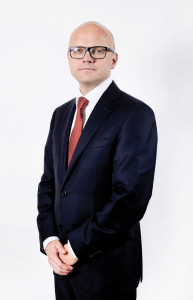 Helgesen: Neither I nor the Norwegian government has used the word “sanction”.

Comments by Norway’s Minister of European Economic Area and European Union Affairs, Vidar Helgesen, in recent weeks about Hungary’s political direction and the EEA and Norway Grants saga have caused controversy. In this interview Helgesen speaks exclusively with The Budapest Times to put the record straight about sanctions, the grants and Oslo’s relationship with Budapest.

It’s been quoted in several publications that you have “asked the EU to consider sanctions against Hungary” due to its perceived failure to keep aligned with European values and ideals. We’d like to offer you the opportunity to clarify those comments.

I have not called for sanctions. Clearly in the current situation one can use the word “sanction” in different ways but most commonly it is seen as relating to punitive measures. I haven’t used the word “sanction” or called for them within this context at all. What I have done is said that I am puzzled and disappointed that in a situation such as this, where an EU member state by action and [Prime Minister] Mr. Orbán’s own declarations challenge the foundational basis and values of the European Union.

The quote that has been attributed to you and which has been circulated online – “This week we have turned to all member nations and encouraged the EU to consider sanctions” which has been sourced to an interview with NRK (Norway’s state broadcaster) – is incorrect?

Neither I nor the Norwegian government has used the word “sanction”. We have said we believe that the EU should consider actions, and then I have referred to the fact that Norway has suspended its EEA funding on the basis of violations of our funding agreements by Hungary and the developments within the country.

Are you disappointed that the EU has rejected your call to suspend structural funds, and that it has refused to respond to Prime Minister Orbán’s calls for the implementation of an “illiberal state”?

I think rather than to comment in a way that is ruled by emotions in this case, I feel it is more important for me to say I believe that we as Europeans, despite Norway not being an EU member, are deeply committed to the values that underpin European cooperation. In this situation these values are being challenged by a country that is a member of the European Union, a country that has committed itself to democratic principles when it acceded to the EU. It would be justified for the EU to react to this development, and the fact they haven’t is something I find puzzling. It is a challenge for the European Union because Hungary’s policies are a challenge to the European Union.

How would you like the European Union to respond?

As a non-member I respect that Norway should not be the country that suggests exactly how the EU responds. However, I do feel that we can encourage the EU to respond in some way. The nature of the response is a decision for the European Union to make.

EEA funding is very generous; the Norwegian people along with their partners contribute a huge amount of money to their European neighbours. However, questions have been raised in Hungary about the use of this money and the NGOs that it finances. Is any of this funding in any way politically biased?

No it is not. EEA funding goes to sixteen European countries and we have bilateral agreements regulating this finance with all of them. In most of these countries EEA funding is administered through national authorities and a minor part of the funding is granted by Norway, and our mechanism for its distribution to civil society in the partner country, this is also regulated by agreements between Norway and the recipients.  In no other country have we received criticism and reactions that we now see in Hungary, nor have we seen such action against civil society.  Norway doesn’t regulate the individual granting of these funds, but we’re also not insisting that any such organisation receiving the funding have views that correspond to the government that currently holds power in individual countries. We are providing these funds because we believe that diversity in civil society, including diversity of views, is important to democracy. As a government ourselves, at times we can be vastly frustrated and irritated by Norwegian NGOs criticising the government in Oslo, but that doesn’t prevent us from funding them. That’s part of having a vibrant democracy where different voices are not only allowed but also stimulated.

There have been police and government “raids” against EEA-funded NGOs, including the one that distributes the funds. How worrying is this development?

It’s deeply worrying, it’s unacceptable and it’s an indication of the desire of Hungary’s government to limit and stop the work of NGOs and civil society. By implication this means they are impeding the function of an open democracy. 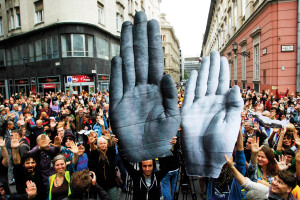 Minister in charge of the Prime Minister’s Office János Lázár said the raids were “a matter of principle” because funds disbursed by the Norway Grants had always been won by “the same circle of bidders” and the rejection rate was “about 70-80% as against the usual 50% in the case of European Union financing”. How do you respond to this?

My final question, minister. The Norway Grants to Hungary have been suspended. Under what conditions would your government reinstate them and how would you like to see the situation resolved?

Well, if the agreements are respected, including a cessation of harassment against civil society, we would be open to discussions regarding its reinstatement. In fact, we have been open to discussions throughout this situation and we have tried to engage with the Hungarian government in a political dialogue. Unfortunately it has been unsuccessful since they are not even taking our phone calls, so our communication has been limited to letter writing and statements, and again we regret that situation. But for many months we have attempted negotiations both at working level and also at political level to solve these issues both constructively and amicably, and it has simply not succeeded. We needed to draw the line.