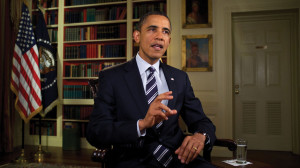 US President Barack Obama’s speech at the Clinton Global Initiative, an organisation founded to devise ways to combat the world’s most pressing problems, made a big splash in Hungary. It addressed the worldwide state of civil society and non-governmental organisations, and expressed concern that “from Hungary to Egypt, endless regulations and overt intimidation increasingly target civil society”. Although the fact that Obama considers Hungary repressive was not the main point of his speech, it still garnered considerable attention in political circles and the media.

On 24 September, the day of the speech, most articles and news broadcasts described it objectively, by just reporting what was said at the Clinton Global Initiative. Some, however, still opted for expressive titles to go along with the neutral content, such as index.hu and HVG, who both named their articles as Obama defending Hungarian civil society. Magyar Nemzet and Mandiner, on the other hand, described it as Obama criticising Hungary. Upcoming online news portal 444.hu took to satire, drafting a “government reply” that rejected the President’s words on the grounds that they were not rooted in reality.
A real reply did come the very next day, and 444.hu seems to have made a precise forecast. Government-affiliated political analyst Gábor G. Fodor said in an interview on the ATV channel that the President’s accusations were contrary to commonsense and simply not true.
The interview was taken up by all major news sources, some lampooning it, some agreeing with it. Its details were reported to varying degrees by the media.
Magyar Nemzet described Fodor’s opinion and elaborated on it, but Index added that the host of the interview, Olga Kálmán, had made some quite stinging remarks to which Fodor found it hard to answer. Coverage was now much more divided along political lines.
The issue developed further when the Ministry of Foreign Affairs and Trade also said Obama’s claims have no factual basis. “Hungarians are a liberty-loving people and they would suffer no restriction of their rights,” the ministry said in its reaction. They also requested a visit from André Goodfriend, Deputy Chief of Mission at the US Embassy in Budapest (as there is currently no ambassador appointed). 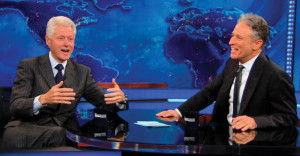 Goodfriend also appeared in an ATV interview, where he stated that it was the embassy that supplied Washington with information relating to Hungarian civil society. He assured the audience that American concerns raised about Hungary’s liberties are friendly observations intended to help, not critique.
The news didn’t end there. Later on the same day several news organisations reported that the deputy parliamentary leader of the KDNP party considered this the start of another concentrated political attack on Hungary. They attributed this to the Hungarian government’s statement that liberal democracy is not the only way; Christian democracy is a better solution. Again, media response ranged from the satiric to the appreciative.
Obama’s words were not the first time the Hungarian government received criticism in recent times. Earlier in September former US president Bill Clinton was on The Daily Show with Jon Stewart, where he talked about ISIS, the dangers and possibilities of information technology, and, as an aside, about Viktor Orbán making Hungary into an authoritarian capitalist country.
In the ex-president’s words, Orbán doesn’t want to give up power because “usually these guys just want to stay forever and make money”. Even though the remark was covered by most major Hungarian news sources, there was no official government response.
At the start of this year, while visiting Budapest, Senator John McCain also said the state of Hungarian democracy has to be observed closely. Considering the US political opinion about Hungary’s leadership and the fact that it is one of the easternmost allies of the United States, they will no doubt do just that.