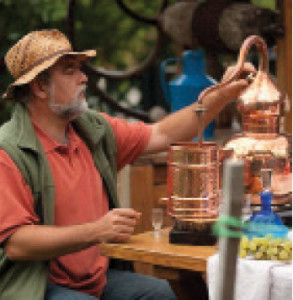 Minister for National Economy Mihály Varga pretended at the announcement of the tax legislation for 2015 that not much is going to change. After all, the few things made feasible by the ambitious budget would benefit families again. He generously said the changes mean the state will have somewhat more income from excise duties and cafeteria services.

In 2015 we will pay up in a family-friendly tax system, which values work and raising children – from the communication of the Fidesz government it sounds like families will be doing better in Hungary. However, their tax benefits will not increase nominally at all; they will amount to around HUF 230 billion in 2015 again.
On the other hand, young couples may enjoy the most recent social measure: starting from their date of marriage they can make use of HUF 5000 tax relief each month for two years. Varga promised more information about the measures, which obviously aim at raising the birth rate, only in 2016; so it will be sufficient if we talk about it next year.
The concept to create workplaces and tune up economic growth looks much more important. In this context his intent to raise the corporate tax from the present 10% (for small companies with turnover under HUF 500 million) to 19% in the “long run”, or “as soon as the economic performance of the country allows it”, seems quite praiseworthy. However, due to this long-term orientation this is no more than a concept at present, since the law for 2015 mentions only the present 10%…
The government wants to reach even deeper into citizens’ pockets next year. The proposed internet tax, which has been temporarily taken off the table after large street protests, was only the tip of an iceberg. In his weekly interview on Magyar Rádió last Friday, Prime Minister Viktor Orbán was quite blunt about his resolve to reintroduce the tax. It will be adopted “but not this way,” “not in this form”. The problem, according to him, is that once again the people “misunderstood” the original proposal because there was never any talk about an “internet tax”. The proposal was simply an extension of the already existing “telecommunication tax”.  We wait to see.
Varga asserted that the tax wouldn’t have impacted on consumers because it was to be paid by the service providers; market competition is intense enough to rule out the possibility of hurting consumers. The Fidesz government argued the same logic in the case of the extra bank tax and the transactional tax as well. It’s a fact that the Hungarian bank sector is supply-heavy (expressed as “overbanked” in the professional slang), so if there was someone who could not impose the tax burden on the consumers, it was the banks. A Central Statistical Office (KSH) report showed, however, that the fees and commissions for financial services doubled from one year to the next. It’s hard to believe that the Minister has already forgotten these figures.

The burden on workers will reach a similar dimension in the cafeteria; the tax proposals are rather counter-productive here as well. Extra benefits provided by employers will be subject to 51.17% fees and taxes in 2015 (until now, “only” 35.7%). The canteen catering, Erzsébet vouchers, allowances for voluntary pension and health insurance, and even the beloved Széchenyi holiday card: all these benefits will clearly be taxed more heavily.
On average salary, only HUF 660 will be left from every HUF 1000 compared to the current HUF 740 – this means that the state will take back around HUF 20,000 from every single employee additionally. Specialised portal cafeteriatrend.hu conducted a quick survey among Hungarian companies that showed they will cut the net amount of their cafeteria budget by a fifth in response to the increasing tax burden.
Compared to this consumers will barely notice that further everyday items such as paper, soap, cosmetics and detergents will be subject to a product fee, usually HUF 10-50. However, in a national budget this can quickly add up to billions. Taxation of the national drink pálinka is a backing-down from the EU; there is no more talk now of a freedom fight that allowed each citizen to brew 50 litres of tax-free firewater from fruit grown in Hungary. The excise will make pálinka brewed in distilleries for “private consumption” 30% more expensive.
The so-called chips tax will be applied to alcoholic drinks as well – it is supposed to be imposed on all kinds of unhealthy food. The new fee will be about HUF 20-900 per litre, resulting in spirits such as rum or whisky slowly reaching a state where they will cost a fortune. However, pálinka and Unicum are excluded.
Finally, there are “little delicacies” in the new tax law such as the passage saying commercial companies have to pay up to 6% of their net turnover for food safety inspection, which will of course be felt in consumer prices. Cities and communities on the other hand will be able to charge a so-called new “municipal tax” on any kind of article or service of their choice.
The Orbán government tax system is deliberately placing more emphasis on income from consumption rather than from personal income tax. Meanwhile, value added tax, Europe’s highest at 27%, is becoming a permanent competitive disadvantage for Hungarian companies. This government is only doing half the job: increasing taxes (and always introducing new ones) is much easier than reducing costs and in consequence reducing taxes. In this sense, there will be not much new in 2015 either.