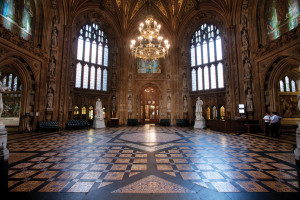 Lobbying is not a success story in Hungary. Neither the prevailing rules nor its practice are adequate and the situation has only worsened in recent years, according to the findings of a Transparency International (TI) study presented to the public in Budapest on Tuesday.

TThe lack of regulation and the unprecedented concentration of power have both contributed to hidden “unorthodox” forums of lobbying being created in Hungary; the strategic agreements between the government and corporations can be considered one such forum. With these agreements of a political and communication nature, the government differentiates arbitrarily between market players.
In the absence of a relevant law, companies lobby in an uncontrolled and intransparent manner, therefore there is not even a chance of ever finding out which strategic agreement was decided in the VIP sector of a football game and which one in one of the government’s eastern business delegations.
Transparency International Hungary examined the Hungarian regulations on lobbying, the Hungarian business environment and strategic agreements between the government and 50 companies from the viewpoint of transparency and predictability. The country report presented this week was prepared as part of a comprehensive study of the regulation and practice of lobbying in 19 European Union member states, supported by the European Commission. The comparative international results and the country rankings will be published by TI’s central secretariat in Berlin – which also coordinates the multi-country study – in early 2015.
TI has been giving voice to its view that the anti-corruption performance of governments is awful since the organisation was established in Hungary in 2006. From this aspect, 2010 and the entering into office of the second Orbán administration was a watershed only in that the corruption that had already been institutionalised by that point took on a more centralised, more concentrated form.
The second Orbán government methodically weakened the institutions of the rule of law whose role it is to limit the power of the executive branch, and the system of checks and balances has essentially been eliminated. This made it easier to pass laws that infringed on property and business rights, such as when special taxes were levied on certain sectors of the economy.

TI’s new study demonstrates that the economic policy of the Orbán government is characterised by centralisation and a series of tailor-made laws. The retail trade of tobacco products, i.e. the “tobacco scam”, as well as the co-opting of additional companies and sectors by cronies, all indicate that an insider state capitalism is being built in Hungary. In this model, economic performance becomes less important and enjoying the favour of influential political supporters becomes an important criterion of profitability.
Economic players in Hungary regard the domestic business and investment environment as being more uncertain when compared to other countries in Central Europe. The most critical factors have to do with the lack of credibility and stability in regulation, as well as the lack of transparency in government decisions.
“The uncertainties of the business environment primarily developed due to the intransparent operations of the institutional system and the democratic deficit,” pointed out József Péter Martin, the managing director of TI Hungary. The governments in power since 2010 regard policy decisions as a one-way process – without any substantive negotiations – whose be-all and end-all are the political preferences of the governing elite.
In market economies, lobbying is a legitimate means of enforcing economic interests, while Hungarian economic policy has opened the way to “unorthodox” forms of lobbying, such as the strategic agreements between the government and corporations. Through the institutionalisation of these agreements, the government has essentially divided companies into “good” and “evil”, and not just in its rhetoric: this differentiation can also be seen in economic laws and tax regulations.

The usual forms of communication between the private sector and the government became impossible in Hungary by 2012, with regular dialogue between the two sides becoming nonexistent. The strategic agreements can be interpreted as an attempt to normalise relations, which by that time had reached a low point. The government created strategic agreements to select “good” multinationals and urge them to stay in the country, while corporations accepted it in order to reduce the uncertainty created by politics.
According to the study now presented by TI, the agreements between the government and companies are not diabolic in nature, but practice indicates that these agreements place no responsibilities on either side. The strategic agreements of a political and communication nature are instead a kind of declaration of intent with which companies assure the government of their loyalty while the government promises to bury the hatchet in exchange.
The trouble the anti-corruption organisation has with this is that it is intransparent which companies the government signs strategic cooperations with and based on what considerations. Due to their discretionary nature, these agreements are suitable for differentiating arbitrarily between market players.
The weight of companies that have signed strategic agreements within total Hungarian exports is close to 35%, and in terms of the proportion of people they employ within the private sector it is 8%. They are especially significant in three sectors of the manufacturing industry: vehicle production, electronics and pharmaceuticals.
From a viewpoint of lobbying potential, the study divides the Hungarian private sector into three groups. The companies of the so-called “insider group”, i.e. companies that are recognised as close allies of the governing political elite, have no need to sign strategic agreements; they follow their own paths of lobbying, the practice of informal and completely intransparent, insider lobbying.
The second group includes the outsiders that are being punished (this is the “outgroup”): most companies in the services sector and most banks are in this group. For them, the possibility of signing a strategic agreement generally does not even come up as an option.
And the third group contains the companies that sign strategic agreements (this is the “ingroup”); so mostly, but not exclusively, companies active in the manufacturing sector. According to the interview subjects of our study, in their case the quality and success of communication with political decision-makers improved significantly following the signing of the strategic agreement.
“Large companies signing strategic agreements expect as a result a reduction in uncertain political risks and genuine professional consultations, while political leaders can demonstrate that they are able to govern in a business-friendly manner – thus they have a good chance of keeping large investors in the manufacturing sector that are key to the Hungarian economy in the country,” stressed Attila Bartha, a researcher at the MTA Social Sciences Research Center and the Central European University, and the author of the study.

Things are decided at football games and eastern business delegations – this is not right. New regulations are necessary.

Hungary never had an efficient regulation of lobbying, and even until the Lobbying Act revoked in 2010 was in effect, the government will to enforce the regulations was missing. “However, currently, in the absence of any law, it is only possible to lobby in an uncontrolled and intransparent manner, which means there is not even a chance that we will ever find out which strategic agreement was decided in the VIP section of a football game and which in one of the eastern business delegations of the government,” pointed out Miklós Ligeti, the legal director of TI.
Any future regulation of lobbying can only be efficient and sustainable in Hungary if it is supported by all of the relevant parties. Thus, according to TI’s viewpoint, the implementation of lobbying regulations should be entrusted to an organisation that is independent of the stakeholders – i.e. the government and corporations. In this way, there would finally be a chance for the state to genuinely oversee the lobbying relationships of members of parliament and other public officials presiding over public funds.
According to the anti-corruption NGO, the transparency of public authority decisions would also be improved if state employees were required to file detailed reports of their regular and non-regular contacts with lobbyists and other interest groups, and if these reports were examined in earnest by the new lobby authority.