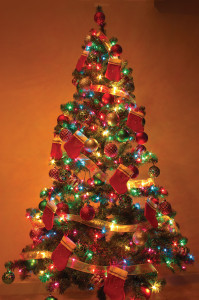 There’s something in the air that smells remarkably like goodwill mixed with the heady fumes of mulled wine and grog. I’ve noticed a subtle change in the general level of niceness floating around as people jostle good-naturedly through the Christmas markets without complaint. I’d nearly go so far as to say that we’re all a little bit better disposed towards our fellow man.

It’s a time for reminiscing, remembering those who have gone before us and others who won’t make it home this year. A Hungarian friend recently told me a story that both saddened me and restored my faith in love and life.
She has a friend in his early nineties who survived the concentration camps of WWII. He returned to Budapest after the war to find strangers living in his house. His family were dead. He had nothing, no one. He spent some time in the States before eventually moving back to Hungary. Today, he’s in hospital, where he has been for a month now; when he does get out it will be to a sanatorium.
He’s fortunate that, as a Holocaust survivor, he has the support of a Jewish foundation that ensures he has a nurse visit him twice daily. Without her visits, and those of my friend, it is doubtful that he would have survived his time in hospital where things are bleak at best; food is left on bedside lockers untouched if the patient hasn’t the wherewithal to feed themselves, or hasn’t a friend or relative to do it for them.
His wife of 48 years would be there if she could, but she can’t. She is at home, bedridden, in a full-leg cast, with a broken knee. She is in her sixties, far younger than him. They have no family. This is the longest they have been apart. When they married, she was just 19. People thought her mad – he’d soon be old and then where would she be? She said that if she had ten good years with the man she loved, it would be worth it. They’ve had much more.
They communicate by phone, separated as they are by circumstance and their respective disabilities. They miss each other terribly. They are the light of each other’s life and want nothing more than to be together. And they’re not.
In the coming weeks, our skies and roads will be full of people travelling home for the holidays – some because they want to, others because of familial duty and obligation. Families will be reunited. Grandchildren will be hugged for the first time. Lovers, separated by economic necessity, will cram a month of living into a few days. Children will split their time between divorced and separated parents.
Many will spend the holidays in hospital or at home alone. The fortunate amongst us – those with friends and family we can be with – are in danger of taking it all for granted, forgetting to count our blessings and give thanks, instead losing ourselves in the commercial mania that is Christmas.
We will be scavenging the shops and markets in an effort to fulfil other people’s expectations of want. I’m no exception. But as is my wont at this time of year, I am revisiting the list made by novelist Oren Arnold (1900–1980) when asked for suggestions as to what to give for Christmas:
To your enemy, forgiveness.
To an opponent, tolerance.
To a friend, your heart.
To a customer, service.
To all, charity.
To every child, a good example.
To yourself, respect.
Now if only I could figure out how I might wrap them…
Wherever you are this Christmas, my wish for you is that you are at peace with yourself. Nollaig shona daoibh go léir.

Mary Murphy is a freelance writer and public speaker who is counting her blessings. Read more at www.stolenchild66.wordpress.com