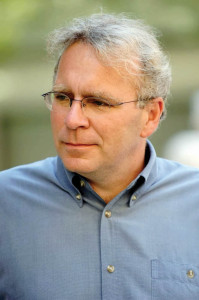 Pokorni could have a bad year

The opinion blog of news portal 444.hu, Véleményvezér (opinion leader), predicted in early 2014 the year’s important issues. As their predictions were correct in many cases, here are their thoughts for 2015.

Will Viktor Orbán be overthrown?

No. Even the prime minister has admitted that his position seems considerably weaker than what should be expected after 2014’s triple election results. During the past months it became clear that not even he can walk on water. His strategy for the country is full of errors, one demonstration is organised after the other, while his popularity is not getting higher but dropping rapidly. Since the outbreak of his quiet war with Lajos Simicska more and more people whisper that even the all-time head of the party can be dismissed. Still, he would not be dismissed because there is nobody to fill his place. The alternatives in the party range from the impossible-to-be-elected wannabes to the old veterans who experienced all the ups and downs. What the list does not have is a charismatic, brave and daring politician who can be sold to a wide range of voters, because the prime minister has been eliminating those from the party in the past few years.

Will the situation with the United States be tenser?

Yes. The prime minister has an incurable thirst for conflict. He already needed it when the party thought he was unerring and omnipotent. By now, when doubt appeared even in the inner circles of the party, the flock could not be kept together without a proper enemy. A picturesque example of this was when the prime minister told US Embassy Chargé d’affaires André Goodfriend to “be a man” and “fight” him. We can expect more of this type of “showing off”.

Will we still be Putin’s dogs?

Yes. Viktor Orbán will take every opportunity to keep a close relationship with the Russian head of state. Even if on the surface we have to keep a distance under German pressure. He does all this because he needs the help of Russians (money, a faithful steed and weapons) in the oligarchic war that seems like it can weaken his power. With this, he gets closer to and more dependent on Moscow. Those who read The New York Times article about what sources and tools were used by the Russians in Bulgaria in connection with the South Stream pipeline, might have an idea of what is going on today in Hungary.

Which Hungarian politician’s popularity will suffer most during 2015?

Zoltán Pokorni’s. His popularity is too great to complain simply about acting rich. Most of Hungarian investigative journalism is based on the tips and materials coming from opponents. Just ask Antal Rogán, who blames his “expanding apartment” on his opponents. And it is evident that important enemies are in the party in the world of the two-thirds majority. Since the criticism about acting rich, Zoltán Pokorni has a large number of such members in his party. We have no doubt that they will do anything it takes to release something dirty about him – which might even affect his popularity. He could only come out of it by transforming the attacks against him into proofs of his own impeccability. But we think he has neither the motivation nor the energy for that.
Will a movement or party be created that offers a real alternative?
No. We are really far away from that yet. Only a group that reaches every part of the society would bring an alternative. Not only those who live in Budapest, or those who are politically active and who live well, but those living in small villages, those who enjoy the benefits of the overhead reduction, and who only deal with politics when in connection with the elections. Not only on the internet and via RTL Klub, but in local newspapers, pubs and bus stops. There is dissatisfaction, and it will grow during 2015, but there will be no such party or movement created in the course of next year.

Will Greece leave the eurozone?

No. No matter how determined Syriza is, however radical changes they promise, no party wanting to be elected democratically will risk halving the country’s GDP. And quitting the eurozone and letting the drachma drop drastically will mean exactly that to Greece. It is not important if this would be beneficial for the country on the long run, or how many workplaces could be created in the time of a generation. The sad point of democratic systems is that only the result produced in the course of four years counts. Because of this, as long as Greece remains a democracy, its government will not be willing to get rid of the euro.

Will Putin retreat from east Ukraine?

Yes, but only by taking small steps. Russia has been crushed in the past month. The sanctions and the dropping price of oil created a situation which made it clear for the whole world, except for the Hungarian government, that the Russian “power” was built on poor foundations. The Central Bank of Russia is expecting a 2% recession for the next year, and the debt of foreign currency loans of big companies will be finished, which can halve the foreign currency reserves collected in 10 years. In this situation, the east Ukranian war is a big burden. We believe Putin is looking for a way out; he wants to make a deal with the West without making it look shameful at home. For example, he would at first order the Russian troops to go home, but would still supply locals with military tools.

Who will win the Polish elections?

The PiS. The Civil Platform (PO), the party of Tusk, will be defeated. Although they have been very successful in the past eight years, the party has so many corruption issues, and is characterised by such a political arrogance, that they could only win again with an exceptional politician. The new leader of the party, Prime Minister Ewa Kopacz, is not as such, however. She has neither the authority not the energy to overcome these problems. The only chance of PO is that their opponent, PiS (Law and Justice), led by Jaroslaw Kaczynski, shoots in its own foot at an unexpected moment. It is more probable however, that this will not happen, and in 2015 PiS will establish a government.