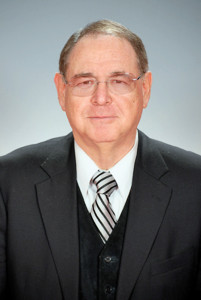 Following the Charlie Hebdo incident the issue of migration and terrorism became the hottest topic in the world press. Unfortunately in most cases demagoguery carried the flag and little time was spent on understanding the real problem. The problem, which is not terrorism.

It would be appropriate to first separate the two issues. The menace of terrorism, imported or home-grown, is something most countries must contend with as long as some countries and individuals are willing to finance raging maniacs. In my opinion, however, this is a very temporary problem.
The USA, together with reliable partners, will soon eliminate or at least relegate to impotence those terrorist organisations that are capable of causing major problems to the freedom-loving countries of the world. We have handled similar problems in the past.
May I add, successfully. We will succeed against the fanatical mass murderers in less time than most of us would think. Yes, it will cost lives. Yes, it will cost a lot of money. And yes, they will be defeated. But our coming victory against the terrorists would do nothing to solve the European immigration problem. This is the first truth that everyone must understand.
Intra-European migration is not a problem. The numbers are limited and the European Union’s laws adequately regulate this issue. Occasionally we hear one or another Western European leader complain about this matter but their words are for domestic consumption to alleviate the danger coming from the far right. The European Union is more than adequately prepared to handle this situation.
The problem that overwhelms Europe approaches from outside the Old Continent. Tens of millions of eager Africans and Asians are ready at all costs to become “Europeans”. Poverty, bad governments, corrupt systems, lack of opportunity, famine, illnesses, political and religious wars, racial discrimination and many other miseries make their present venue uncomfortable.
The question is not whether these people deserve a better life. They do. The question is whether Europe is prepared, able and willing to be their Canaan. My answer is a resounding no. My advice is that Europe face the problem squarely and provide an appropriate response.
This should never be an issue dividing conservatives and liberals. Rational thinking is not the exclusive domain of either philosophy. Europe is in the middle of a crisis. Unemployment varies among countries. In some places 25% of the workforce is unemployed and it is not rare to find 50% unemployment among the young and minorities.
Great Britain, Holland, Germany, France seem to be totally unable to integrate the immigrants of the past. Some other countries, such as Hungary, have a tough time integrating their indigenous minorities. Because of the incompetent and inconsistent policies of most Western governments, far-right, racist, anti-Semitic parties are on the rise. One does not have to be a soothsayer to recognise the dangers threatening Europe’s future.
The leaders of big industrial nations such as Germany, which have greatly profited from the cheap labour of itinerant immigrants, are reluctant to engage in a responsible immigration policy. This is regrettable and short-sighted.
There is an ample labour pool to satisfy all of Europe’s labour needs coming from Southern, Eastern and Central Europe. They are perhaps not as cheap as North African and Asian labour, but readily available and could be accommodated by the host country without too much of a cultural and societal shock.
One of the leading ideas behind the European Union was the free movement of labour from which the entire continent would benefit. True, this would result in temporary demographic changes. The situation would not be to everyone’s liking. Nevertheless, the elimination of unemployment in Europe is a far more important task than the importation of cheap labour from overseas.
In reality only two groups remain in favour of the continuation of massive intercontinental immigration. One group is hidden; they are Western industrialists craving cheap labour who are afraid to admit that their selfish interests run against the long-term interests of their own country. Behind the curtain they are lobbying hard to maintain the present situation.
The other group consists of people of good intentions, soft heart and even softer grey matter. Citing humanitarian concerns they would love to see the haves of Europe solving the problems of the have-nots of other continents. Although no doubt they also recognise what monumental problems large-scale immigration could cause for Europe, their principles do not allow them to recognise the inevitability of continental decline should the present situation continue.
It is said that Hungary is only a transit country for immigrants and it is inappropriate to aggressively combat the crisis caused by the illegals. I disagree. First of all, a transit country quickly becomes a dream destination once its economy improves. Secondly, Hungary has obligations within the European Union as a Schengen entry point. Thirdly, illegal immigrants from outside Europe deprive Hungarians from Western European opportunities, should they decide to seek such jobs. Finally, Hungary must take action just to handle the inordinate amount of “refugees” who choose Hungary as the entry point for a better economic life.
The illegal immigration should be labeled for what it is: an economic problem. Countries must act decisively to assure that their own interests remain paramount. To face and analyse the problem with open eyes is the first step.