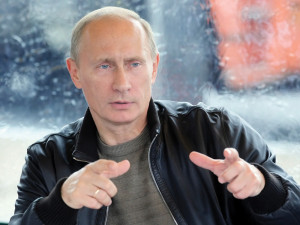 On February 17, Vladimir Putin is going to visit Hungary. This visit reflects the hectic state of foreign policy of the current government. As it is, owing to the visit’s narrow latitude, it has to legitimise the situation of Russia after the Ukrainian crisis. In addition, the visit outlines the foreign course that Hungary got onto, owing to the policy of the government.

It has almost become now a commonplace to say that power in the world is shifting towards the East, and several countries are trying to adapt to this tendency. There are several factors in play regarding this search for a new path, including raw economic interests and compelling geographic facts. In the worst-case scenario politicians are looking for self-justification in the East for their personal political survival, replacing national interests by personal ones, accepting identification with a political course of development that is entirely alien to the Western world and is to be rejected.
During the course of this search for a new path in the East, it became clear for Hungary on January 14, 2014 that the Russians would build the two new blocks of the nuclear power plant in Paks. The agreement may have been motivated by several reasons. One is that, since the conclusion of the Cold War, the Russians have been keeping their foot in the door of Eastern Europe, waiting for a good opportunity to recover their influence over our region.
Indeed, they have partly accomplished this, through oil and natural gas. Furthermore, as we can also see in the case of Ukraine, they still harbour their imperial ambitions. As a result, in fact, the endeavours of the Russians as a great power fit the ideas of the Hungarian government. Namely, in order to carry on the successful and popular reduction of public utility charges, an agreement must be reached with the Russians.
Another contributing factor in the decision in favour of the Russians may have been the inclination of the current political leadership to talk about the twilight of the West, so the beacon set up in the East can now be the new orientation point for the country. It should also be mentioned, it can be assumed easily that it was part of the “opening to the East” that there had been no wide public discourse about the question of Paks, although that would only have strengthened the democratic immune system of the nation. Because today, in the 21st century, a nation cannot be called on to cooperate unless it is aware of what the subject of the matter is, and only awakes later to the reality it has come into. So now, in practice, we get lower public utility charges instead of even more democracy.
Naturally, it is too early to tell how longsighted was the decision to support the Russians, and if it was not just the outcome of a random effect. Furthermore, hopefully the Hungarian leadership is broadly, if not fully, aware of the real aims and interests of the Russians behind their actions.