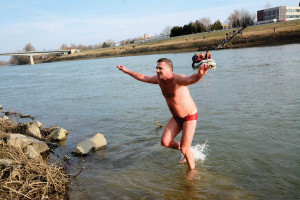 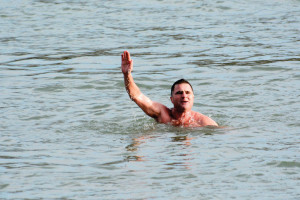 A tradition that began in 1957 continued when György Schirilla Jr. swam in the ice-cold Danube near Szolnok this month. According to press reports, the water was about 1.5 degrees Celsius. His father, György Sr., first jumped in the icy river to attempt suicide, after being continuously teased because one of his legs was thinner due to a childhood paralysis. He survived, with the realisation that the cold water restarted blood flow in his leg, and decided to repeat the swim every year. Until his death in 1999, Schirilla was an avid supporter of sports, vegetarianism and healthy living in general.

The European Union has done “virtually nothing” to tackle problems concerning human rights laws and practices in Hungary, Human Rights Watch (HRW) says in a report. The New York-based HRW called on the EU to take appropriate action and raised concern about “a raft of problematic laws and policies” initiated by the Hungarian government. The HRW identified a series of reforms “to bring Hungary’s laws and practices in line with its international and regional obligations” including to drop its “campaign” against civil groups, restore the powers of the Constitutional Court, ensure the independence of judges, repeal legislation criminalising homelessness, enforce equality between religious organisations and protect Roma. HRW’s Balkans and Central Europe specialist Lydia Gall said: “Hungary is exhibit A for the need for stronger European Union action to protect rights inside its own borders. The EU needs to stand up for its own values and protect the rights of Hungary’s citizens, including by activating the commission’s rule of law mechanism and putting the country’s record on the agenda of the European Council.” 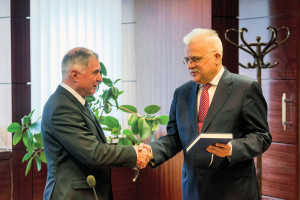 Barnabás Lenkovics (left) has taken over the presidency of the Constitutional Court from Péter Paczolay (right). Lenkovics – a member of the court since April 2007 – was elected by a parliamentary vote last December with his term set to expire in April 2016 along with his mandate in the court. After his election, he said he would protect basic rights and the rule of law. He was glad to have received two-thirds majority support but regretted that MPs of Jobbik, the Socialists and Democratic Coalition stayed away. Lenkovics noted that he considers this short time frame as a sort of “period of quest”.

Budapest is set to receive HUF 300-400 billion of European Union funding in the next seven years, Mayor István Tarlós said in a lecture at Budapest Corvinus University this week. With HUF 125 billion EU support Budapest would be able to refurbish the third metro line and finish the extension of tram line 1. It would also enable the completion of a tram service linking Újpalota in north-east Budapest with Baross Square. A total of HUF 4.5 billion is planned to be spent on a transport hub and park ‘n’ ride in Kelenföld, HUF 4-5 billion on the development of Danube embankment areas and HUF 2 billion on an additional 8-10 park ‘n’ ride facilities around the city. HUF 3.7 billion is planned to be spent on some pedestrian underpasses, including at Deák Ferenc Square, Blaha Lujza Square and Kálvin Square. Tarlós said some 38% of Hungary’s economic output is generated in Budapest and the city is a net contributor to the central budget. 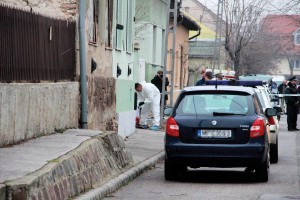 A suspect, a man aged 35, has been detained after a tax officer was stabbed to death and his partner was seriously injured in a block of flats in Budapest’s District XX this week. Tax authority NAV said the two officers were doing their job at the time. Ambulance staff were unable to save the life of one officer and the other was taken to hospital in critical condition.

TV ad revenue up for first time in five years 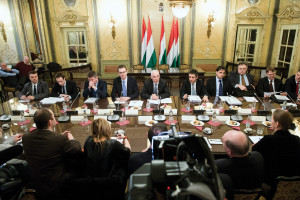 The memorial year for political prisoners and forced labourers who were taken to the Soviet Union has been launched with the aim of “healing wounds”, Minister for Human Resources Zoltán Balog has said. Hungarians have not been able to talk about the injustices, legal abuses or harm done for four decades, Balog told the inaugural session of the Gulag Memorial Committee, which he heads. In many cases the victims were criminalised, he added. The government wanted to provide a solution through the committee’s work by recommending memorial events, materials and scientific endeavours throughout the year, which marks the 70th anniversary of a series of deportations to forced-labour camps from Hungary. An estimated 200,000-230,000 people were taken for “malenkiy robot “ – “a little work” – including 150,000-170,000 male war prisoners and 50,000 men and women internees with an ethnic German background. Up to 40% died in the camps and many are in unmarked graves.