After Russian President Vladimir Putin’s recent visit, we thought it would be interesting to present a Russian living here. The Budapest Times found a good interview partner at the Matrjoska Bisztró on District VIII’s Lőrinc pap tér. The conversation with owner Natasa Juhász from distant Kazakhstan took place in highly political times and yet we did not talk about politics at all. Instead she told us about her long way to Budapest, the differences between Hungarians and Russians, and her attitude to life.

Although Juhász grew up in the Kazakh town Kentau she feels Russian. Her country was part of the Soviet Union until declaring independence in 1991, and back then for her all people were the same. Among her ancestors various nationalities can be found, from Belarusians and Russians to Poles and Ukrainians.
When asked her age, Juhász laughs: “Write this: she is 100 years old but looks very, very young.” Despite not being a centenarian, nevertheless she has already experienced many interesting things and thus has a lot to tell.

In her childhood she wanted to become a physicist, took part in numerous competitions and as the only girl among boys finished third on republic level. “At the age of 17 I travelled with my mother from Kazakhstan to Leningrad where I wanted to study. But I did not like the institute I had chosen. And so we went to the institute for engineers of railway transportation and I handed in my documents at the faculty of water supply and sewerage.”
When her father found out afterwards, he was angry with her mother. But it was too late and so Juhász became a construction engineer.
In Leningrad, which is nowadays called Saint Petersburg, she met her future husband, a Hungarian. They married and in 1984 moved to Záhony at the border to Ukraine. She started to work in the field of water supply and sewerage but only for a short time. “Nobody took me seriously. I was 22 years old. Only men were working in this field.”
Juhász learned Hungarian by ear and never went to any language classes. “At work nobody talked to me in Russian, only in Hungarian, and I did not understand anything. After three months I got the hang of it and started to talk.” Four years later their daughter was born and they moved to the capital. 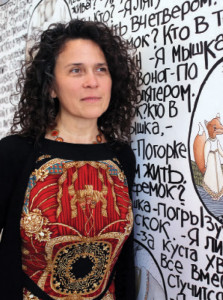 A place where souls meet

Due to her good language skills Juhász was offered work as a translator for a freight forwarding company. She liked this work very much and did it for a long time. But one day she was intrigued by small bistros, restaurants and cafés. The thought of having such a place of her own took hold. And this is how she became the proud owner of Matrjoska Bisztró.
“On the one hand the restaurant business means hard work and can be very tiring.” But on the other hand it can give you a lot of happiness. “I wanted this so much to become a place where people meet, talk to each other, are happy about each other. That this isn’t just a place where you sit down, eat and then leave. About a month ago my husband said: ‘The Matrjoska is now a place where souls meet.’ I like that very much. Honestly, that makes me happy.”
For Juhász Budapest is the ideal place to live. She is especially fascinated by the old buildings and small courtyards. She also likes to be on Margaret Island because there is so much green and fresh air. She loves the city and the whole of Hungary very much and thus deplores later developments.
“When I came here people were not living on the streets and under bridges. You didn’t see such problems then. It was like at grandma’s in the village, as Russians say, everything was so nice and calm. It would be good if it were again like it used to be in the past.”
When asked if Hungarians differ from Russians, she first explains that she came to Hungary a long time ago and that in the former Soviet Union many things have changed since then. And yet she can detect a fundamental difference: “I think that Russians and especially the people who lived in the Soviet Union are simpler.”
According to her at least back then people used to be more spontaneous. It was possible to just call a friend in the late evening and meet. In Hungary, however, you cannot just drop in, not even on friends. You have to arrange it in advance.
There are different etiquettes about what you can do and what you can’t. However, Juhász does not agree with the common belief that Russians are much more hospitable. She thinks that in Hungary there are also people who really like to welcome guests. 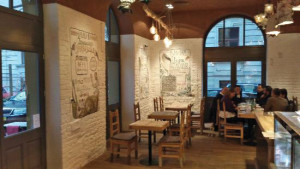 Always see the positive side first

Then she addresses what she thinks to be the worst trait of many Hungarians: “They complain a lot and this is why they do not perceive their surroundings correctly.” An example from her life: “One day I was walking along the street to work. It was May and the weather was beautiful. I met a Hungarian acquaintance and he asked me: ‘Why are you in such a good mood? Did you win the lottery?’ And I answered: ‘No, just because.’ He did not understand that.
“When talking to Hungarians, many of them would start a conversation with‚ ’The problem is that… ’.” She cannot understand this because in her view the Hungarians live in a beautiful country where there is everything you need.
And then Juhász explains her attitude to life: you have to see the positive side first and only then the negative side. Of course it is sometimes difficult to behave this way and you are not always in the right mood. But you are supposed to make an effort.
When you shine like the sun this makes life better. “Try it and you will perceive changes. Then other people will give it back to you and one wonderful day you will just realise that something has changed.”
The mother of three is pleased with her life. Her second husband also has three children and so their combined family is quite big. “I think that I am happy. I have wonderful children, a wonderful family. I am happy that people are happy when they come to this place.”
Matrjoska Bisztró