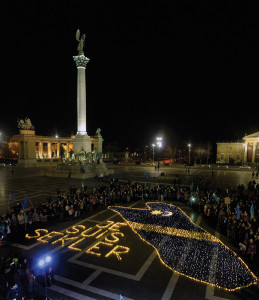 On the 161st anniversary of the execution of Szekler Martyrs – a group that was part of an anti-Habsburg revolution – the Hungarian Union for Szeklerland held a memorial event at Budapest’s Heroes Square. Participants signed a petition to request Romanian Prime Minister Victor Ponta to begin negotiations with Szekler representatives on the legal status of the region. Szeklerland is a historic and ethnographic area in Romania, inhabited mainly by the Székelys, a sub-group of the Hungarian people in eastern Transylvania. Its territory is about 16,943 square kilometres.

The Hungarian Helsinki Committee wants changes to Hungary’s penal policy and says the government should ease crowding in prisons. The committee was responding to a European Court of Human Rights ruling that said the overcrowding violates human rights. The court in Strasbourg said that in the case of six applicants, prison conditions breached the European Convention on Human Rights provision prohibiting degrading or inhuman treatment of inmates. In its non-binding ruling, the court ordered the Hungarian state to pay a total 84,000 euros in damages to the six and to cover their legal costs. Borbála Ivány of the Helsinki Committee said crowdedness arises from Hungary’s insistence on imprisonment as primary punishment, but more efficient penalties should be considered, such as house arrest. She suggested that the judicial practice of applying the medium term for imprisonment as a standard should be eliminated, to increase judges’ room for manoeuvre in defining sentences. 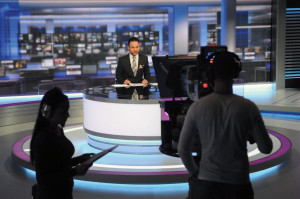 Here is the news

Hungary’s state television broadcaster MTV launched its new programming structure on Sunday. The former prime channel M1 will now function as a news network – featuring English-language news every day around 10 minutes before midnight – with entertainment broadcasts and other shows moving to the worldwide accessible Duna. For now sports will also be broadcast on Duna but these will eventually move to the soon-to-be-launched M4, which will function as a sports network. It will televise a number of events from important Hungarian leagues and international competitions, and from autumn it will have first choice of Champions League football games.

The National Consumer Protection Authority (NFH) levied fines of about 711 million forints for violations last year, down by some 230 million forints from 2013, business daily Napi Gazdaság has reported. The NFH handled almost 43,000 cases in 2014. Most, more than 25,000, involved the retail sector but it also handled some 10,000 market oversight cases and about 7,000 utilities cases, chief director István Szente told the paper. The authority received 104,000 complaints last year, 40,000 more than in 2013, but many were only seeking information. The number requiring intervention is on the decline, Szente said. 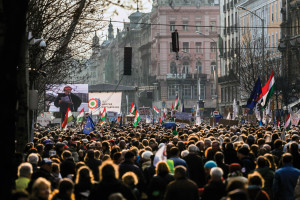 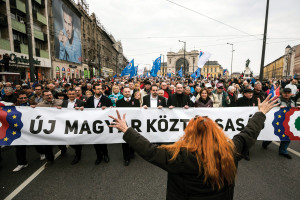 An anti-government demonstration on Sunday marched from Keleti railway station to Astoria under the slogan “For a New Hungarian Republic!” Organisers estimated the crowd at 5,000-10,000 and said it was for “freedom, civic equality, equality in burden sharing and independence”, and restoring the republic crushed by the Fidesz government. They announced 19 referendum questions that would be put to the national election board for approval on various subjects, including anti-corruption, economic, educational and social goals, the elimination of the state’s tobacco monopoly, opening up secret files on key state investments and free use of motorways. The civil groups also pledged support for referenda against retail closures on Sundays and for transparent public procurements. Addressing the protest, Zoltan Kész, the leftist candidate who won a parliamentary by-election in Veszprém last month, called Prime Minister Viktor Orbán a dictator who had been steering Hungary towards Moscow “all along”.

The government is allocating HUF 7.9 billion until the end of next year for reconstruction of Budapest’s Castle District. The project includes construction of a HUF 1.5 billion 300-space underground car park at the rear of Buda Castle, the HUF 2 billion renovation of the historic stables and HUF 3.5 billion for revamping a bastion and a stairway leading to the district, state secretary László L. Simon said.

Direct Beijing flights from May

Direct flights will resume between Budapest’s Liszt Ferenc International Airport and Beijing from May 1, Foreign Minister Péter Szijjártó has announced. China’s state-owned Air China will operate four weekly flights with A330s. Szijjártó said direct air connection between the two countries was discontinued in March 2012 and talks for resumption had been conducted since June 2014. 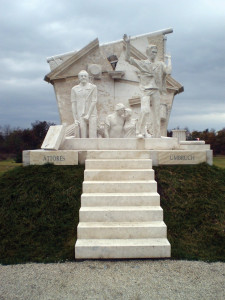 The European Commission has awarded Hungary the European Heritage Label for the Pan-European Picnic Memorial Site on the Hungarian/Austrian border. The memorial marks the spot in Sopronpuszta, near the border, where on August 19, 1989, Hungary opened its borders to hundreds of East Germans so they could travel to the West. Sopron mayor Tamás Fodor said the city is proud to have given the gift of freedom, “the greatest gift from one oppressed people to another”. The commission presents the awards to sites that have contributed to the reunification of Europe. Pictured is Miklós Melocco’s  statue composition Breakthrough.