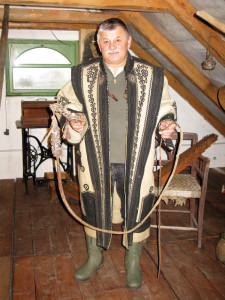 When I ask an Irish person where they’re from, I get the name of the village. When I ask a Hungarian, if they’re not from Budapest or one of the bigger towns/cities such as Debrecen, Miskolcs, Pécs, Győr or Sopron, they simply say “the countyside”. Now, in fairness, this could well be because they assume I won’t recognise the name of their town or village, but sometimes I get the impression that to be “from the countryside” simply isn’t cool. And that’s wrong.

T he small town of Békéscsaba made the news last weekend in more places than Hungary. And all because a footballer in the local second division club scored a goal that is in contention for FIFA’s Puskás Award. Named after that great Hungarian footballer Ferenc Puskás, who also played for Real Madrid, the award goes to the player who scores that “most beautiful” goal of the year. And Birtalan Botond, who made the world’s football stage on Saturday with his “incredible backheel scorpion kick volley”, in a game against Gyirmót, might well be taking home the trophy. How cool is that?
I wrote earlier this year about going to a pig killing in the village with the boys from Békéscsaba 1912 Előre. And while I was there, I got to see more than just the killing.
Local man Zoltán Váradi has turned an attic in one of his outbuildings into a private museum. He was concerned that his children and their children were losing touch with the traditions he and his parents and grandparents grew up with. Modern life, in its technological wonder, leaves little room for anything else, as iPods and smartphones and other wonder-gadgets make everything look redundant.
He scoured through stuff that his parents and grandparents had left lying around and collected them all in one place. Farming implements, tools, dishes, clothes, leather goods, pálinka stills and viniculture accoutrements line the walls of the attic, marking the evolution of technological progress over the space of a hundred years or so. Going upstairs amidst the hanging hurka (sausage) is like stepping back in time.
He took me on a tour, all the while telling me of his life, of how he grew up with communism and what this meant for him. He quietly related how confused he was as a child when the Party decreed he could no longer pray. He told of the changes that came after the transition when the country moved from full employment to capitalism, which brought with it its accompanying woes.
As we travelled around the room, he pointed out WWI memorabilia that came from uncles and granduncles who had fought alongside the hundreds of thousands of Hungarians who died fighting with Austria-Hungary along the border between Austria and Italy. A stunningly beautiful jewellery box from 1910 spoke of the relative wealth of his ancestors. A magnificent heavy embroidered wool coat transformed this modern man into a traditional shepherd. Years fell away and the heart of the Hungarian in him shone through.
He says he did it out of respect – respect for a way of life that is no more. He says he put the museum together to remind him of all that had gone before him. It’s a peaceful place, a lovely spot in which to sit and have a pálinka, to recalibrate and remember from whence you’ve come.
Zoltán, too, played for Békéscsaba back in the day, and while he and Birtalan (a Budapest native) are from different generations, they both share the fortunes of this small town. One has captured the football world’s attention while the other quietly makes sure his world never forgets.

Mary Murphy is a freelance writer and public speaker who is praying to the football gods for favours. Read more at www.stolenchild66.wordpress.com