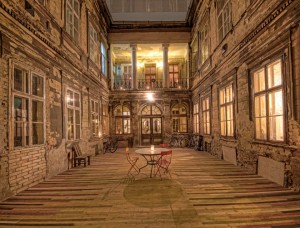 The location is not
part of the surprise

“Surprise” English-language films from acclaimed indie American, Australian and British filmmakers will be presented and discussed every Tuesday night at 8pm at the Brody Studios, 38 Vörösmarty utca, District VI, by Budapest-born Australian resident film critic and lecturer Andrew L. Urban during his almost three-month stay in Budapest (May to July).

“We call it surprise because we don’t announce any of the films in advance, to add a unique twist,” says Urban. “I have chosen films that are engaging and interesting to discuss but it’s best if the audience comes open-minded, with a fresh outlook.”
The program includes award-winning contemporary and period dramas, outrageous black comedies and a “jaw-dropping” documentary. Stars and filmmakers are represented, and some of the films have had very little if any exposure in Hungary. Each Tuesday one film will be screened.
“This is about enjoying films in a small group or club environment,” says Urban “It is a totally different experience to the usual cinema experience, especially with the discussion afterwards. I really enjoy introducing these films to new audiences and sharing their responses.”
Viewers will receive background material on each film.
Urban has run similar programs in Sydney for the past 10 years, attracting many regulars as well as newcomers, who are intrigued by the concept, he says.