More and more migrants are looking for a way to Western Europe through Hungary. The situation in the reception and transitional camps is disastrous, the hope that it will improve is slim. This is an interview with Annastiina Kallius from migrant solidarity group MigSzol.

How does the legal background for refugees and migrants look at the moment?

The whole system was fundamentally reformed about 1.5 years ago. Today, when a migrant is approved to get the title refugee, he must sign a so-called integration contract. This obliges him among other things to report himself at the local social authorities every two weeks. If this requirement is fulfilled, the adult refugees are entitled to a benefit of HUF 90,000 per month provided by the state, children get a little less. In case of a family of three or four people this is theoretically enough to build a financial basis and to rent an apartment. The deposit for the flat is theoretically also supported by the state, but in order to get this support one needs to present a valid rental contract, however he only gets one once the deposit has been paid. In addition to that the contract includes a condition that the refugees may not have any other income in addition to the above-mentioned state benefit.

Who is considered a refugee and who an immigrant?

There is a legal and a social definition as well. According to the law there is differentiation between people asking for asylum, and immigrants, for whom, due to the current visa regulations within Europe getting a European residence permit is only possible through an asylum application.  Depending whether you arrive in the EU as a migrant or an asylum seeker you will be treated by different regulatory bodies and according to different conditions. The Immigration Office is dealing with the asylum seekers, while immigrants are handled by the police. However, these two categories do not correspond to the complexity of the issue, and in the meantime the EU also recognised that there needs to be much more distinction than that. At the moment there are three categories: the unlimited residence permit for a refugee, the permit with a time restraint of five years and the toleration. The problem with the limited residence permit is coming out right now. Three or four years ago many refugees came to Hungary from Afghanistan and they received a temporary residence permit. The permit will expire soon, upon which the Hungarian state will examine whether they are allowed to stay in refugee status, or their return to their home country can be already considered safe. The problem is however that these Afghans have built a life here in the meantime and they are working, as for example a cook in Anker köz near Deák Ferenc Square. We are talking about well-integrated people who are now facing the danger of being removed from the country by the Immigration Office.

So Hungary is mainly a transit country. Is that right?

Yes, absolutely. About 90% of the immigrants arriving here continue their way towards the West within a short time. This happens partly in an illegal way, according to which status they have received. However, there are also some refugees who prefer to stay specifically in Hungary.

What happens to them after that? 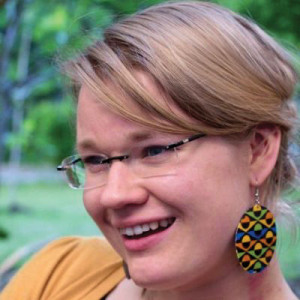 It really depends on the conditions the people arrive with. This is not necessarily about money; the availability of the social network or a good education can be also important. When someone intends to stay in Hungary he will find his place quickly, he will get a job and accommodation. I have two flatmates for example, both of them arrived here as refugees from Iran, and today they are working for Nokia and Siemens in the software development department. Syrian refugees are also usually well-educated and have high degrees. In case of people coming from Afghanistan the situation is somewhat more difficult, since the quality of education is simply worse in their country. However, in Hungary also are some well-functioning “ethnic-business” branches, such as internet cafés, kebab stalls and so on, meaning some already existing businesses that can also be done by people not speaking the local language yet.  If someone wants to stay in Hungary it does not happen very often that the state is filling his pockets; they work and they earn their own living. And then there is the black market of course, for example on the former Józsefvárosi market where a Chinese and a Palestinian could have a neighbouring stand and shout angrily at each other: “You are such a Gypsy!” Many migrants are working in such places too.

All in all can we say that whoever is willing to stay in Hungary in the long term has to provide for himself?

What happens to the people who are staying in Hungary against their will, or they have no access to such a social network?

If someone is left on his own he will inevitably end up in a shelter for homeless. However, they usually do not stay there for a very long time. They rather head towards the West – most of them without any official papers. In general it’s true that there is no diaspora in Hungary yet. If it will develop, more migrants will be willing to stay in Hungary.

More and more citizens engage themselves and want to help the refugees. What is your advice for them?

They should contact organisations working with this sort of issue. A lady just called me recently, for example. She said that she is a teacher and she would like to provide the migrant children tutoring and language lessons. I sent her to an association that engages itself in these sorts of matters in particular. Donations are also needed urgently but it’s true that the better you know what is needed, the more useful items you are able to donate.

On internet forums we read from time to time that some refugees hardly accept donations in Hungary, or not at all. What could be the reason for this?

As in everything in life, empathy is key in this situation too. Imagine that you come to Hungary from Syria, where you have been a doctor or an engineer, whereupon in Hungary you are treated just like a homeless person, who is in need of food. Pride is often all that these people have left, and they are sticking to it. If you want to help someone, you have other ways than only providing food and clothing. Ask them for their names, ask them where they come from. There is one thing we should not forget: these people all have a story, they are more than just refugees.