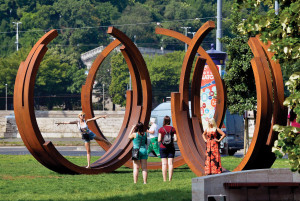 “Arcs in Disorder”, an 8-tonne steel sculpture by renowned French contemporary artist Bernar Venet, has been unveiled in March 15 Square near Erzsébet Bridge. Venet said at the unveiling that he originally planned to display the work in southern France but decided on Budapest instead, given the “prominent” spot on offer. He noted that over the past 20 years he had made his steel compositions in partnership with Hungary’s Szalai metal works, and several of his works were exhibited in the Budapest Arts Hall in 2012. The EUR 1 million composition was transported to Budapest from Vienna’s Belvedere Palace’s gardens, Viola Lukács, the curator, noted. 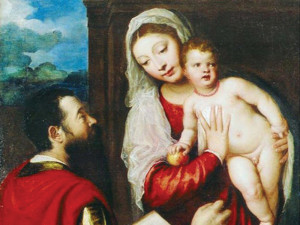 The Hungarian Liberal Party has called on the National Bank (NBH) to convene its supervisory board and question the bank’s governor, György Matolcsy, over the recent purchase of a Titian painting for HUF 4.5 billion. The board should examine who at the bank has the authority to approve such purchases, the Liberals said. Besides other expensive artwork, the bank has bought real estate and finances foundations, it added. “Central bank leaders are treating taxpayers’ money like it was their own private petty cash bank, available to spend on their indulgences,” the party’s economic spokesman, Zoltán Bodnár, said. NBH said on its website it has purchased “Mary with Child and St. Paul” under its art acquisition programme that seeks to recover major artworks exported from Hungary and to buy treasures locally to keep them in the country. It added that the programme had a budget of HUF 30 billion until the end of 2018. The bank has so far spent HUF 7.8 billion and bought artworks including Mihaly Munkacsy’s painting “Christ before Pilate” (HUF 1.6 billion) and a collection of rare silver coins minted in Transylvania in the 14th-17th centuries (HUF 1.1 billion).

Cash too at Penny Markets

As a first in the Hungarian market, discount supermarket chain Penny Market is now offering money withdrawal at its cashiers, if someone is paying with a debit or credit card. To qualify for the option, customers must purchase at least HUF 3,000 of products. The limit for a single withdrawal is HUF 20,000. Penny does not charge extra for the service but normal bank fees apply.

Hungary is a best value destination for foreign visitors, according to a fresh survey, Zoltán Szántó, editor-in-chief of Turizmus Online, has told public television. For Austrian visitors, an amount of 100 euros has been worth far more in Hungary each of the past four years, the data show, Szántó said. He said there has been a shift on the Austrian market; while earlier many Austrian pensioners came to Hungary to visit spas, now it is young people arriving in large numbers to festivals as well as the capital. Szántó said the spa towns in western Hungary are very popular among Austrian tourists, noting dental tourism as another phenomenon typical of that market. Hungary was also very good value for British tourists, and more of them came to the country in the first six months of this year than from Austria. 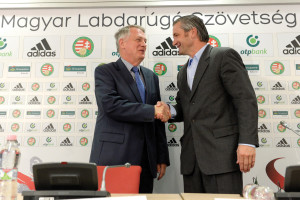 Bernd Storck of Germany will coach Hungary’s national eleven during its remaining four or six qualifiers for the 2016 European Championship, the Hungarian Football Association said on Monday. His predecessor, Pál Dárdai, is also coaching the Bundesliga team Hertha Berlin, which decided to no longer allow him to split his coaching duties. Under Dárdai Hungary remained unbeaten in five qualifiers and stands a good chance to make it to the European Championship for the first time after 44 years. Storck has so far trained Hungary’s Under-20 team, which qualified for the round of 16 in the world championship in New Zealand.

On to Bulgaria in Davis Cup

Hungary defeated Bosnia-Herzegovina in round two in the Europe/Africa Zone Group II of the regional Davis Cup competition, to advance to the third round against Bulgaria in September. The match was tied after the first day but the loss in the doubles on Saturday meant that both Márton Fucsovics and Péter Nagy (pictured) needed to win the remaining singles matches. First Fucsovics beat Mirza Basic in four sets then Nagy defeated Tomislav Brkic in straight sets.

Resale prices of vacation homes around Lake Balaton have gone up by 20% in the past year but buyers are still paying just HUF 150,000 per square metre on average, real estate broker Otthon Centrum has told state news agency MTI. Turnover of vacation homes is up by about 40%, Otthon Centrum said. On the northern shore vacation homes are the most expensive in Balatonfüred, Balatongyörök and Vonyarcvashegy. New homes are in short supply but sell for about HUF 400,000 per square metre in Balatonfüred and HUF 550,000 in Siófok, on the southern shore.

Damage claims by policy holders after a severe storm that swept through Hungary last week could near HUF 4.8 billion, the Hungarian Insurers Association (MABISZ) says. MABISZ put the number of claims at 34,795. A week earlier it estimated the claims at HUF 3 billion. 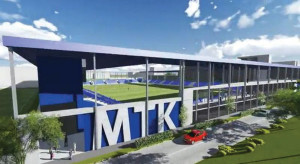 The new Hidegkuti Nándor Stadium in east Budapest, home to MTK soccer team, will be completed by September 1 next year, Tamás Deutsch, the MTK president, has announced. Deutsch said demolition of the old facility cost nearly HUF 149 million. The new stadium will have over 5,000 seats.