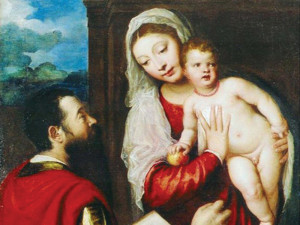 The National Bank of Hungary (NBH) had spent 8.7 billion forints on art treasures over the past year and a half as part of its art collection programme, deputy governor Ferenc Gerhardt said this week. The central bank made art purchases “on a historic scale” in recent months, Gerhardt said at a press conference in the National Gallery. The works it purchased would be put on public display. The NBH announced its 100 million euro programme to buy Hungarian art treasures under foreign ownership in January 2014. The programme will run until the end of 2018. Gerhardt noted that the bank has so far purchased works by the likes of Titian (pictured), Mihály Munkácsy and Lajos Gulácsy. Other items pur-chased include a collection of weapons and a collection of silver coins.