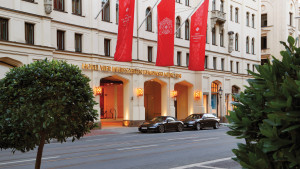 Asked in 1923 why he wanted to climb the then-unconquered Everest – a considerably riskier prospect in those days – British mountaineer George Mallory offered the immortal retort, “Because it’s there”. It was with a similar sense of derring-do that The Budapest Times found itself in Munich during the summer break, a case of “Well, why not? It’s there, we haven’t been, let’s go.” Also, there was much less chance of falling off a treacherous rock face to our doom, as Mallory did.

Budapest to Munich is about a 600-kilometre drive via Vienna and Saltzburg, and presents no problem even though we forget a map. But in Munich we get hopelessly lost in the city centre in search of our hotel. We pass so many of the main sights (Englischer Garten, city gates, Viktualienmarkt, Rathaus, Frauenkirche) so many times, that we feel as though it is mission accomplished already and we may as well turn round and head home again.
(Mallory had a similar problem in 1920, when the  British sent the first reconnaisance expedition to Everest, which had been discovered in 1856 to be the world’s highest mountain. The expedition wandered around the base for weeks before discovering the key to getting on the mountain proper lay along the East Rombok Glacier.) 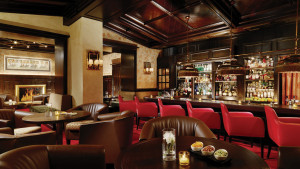 Sanity prevails and eventually Maximilianstrasse is found. This is the site of our hotel, the luxurious Hotel Vier Jahreszeiten Kempinski München, and, suitably, Maximilianstrasse turns out to be the “Rodeo Drive” of Munich, choc-a-block with all the high-end shops indispensible to good living if you are rich. In German it is apparently a “prachstrasse”, pracht translating variously as finery, grandiosity, magnificence, splendour, luxuriousness, opulence, flashiness, gaudiness.
Talking of flash, outside the Kempinski are two gleaming Rolls-Royces, and in the hotel carpark are a Ferrari, a Porsche, a Jaguar and many upmarket Mercedes and BMWs. Sheepishly, we hand the parking valet the keys of our Trabant and he removes it from sight.
This is our eighth Kempinski, and we have the towels to prove it. One of their distinguishing features is the “wow” factor that hits you in the eye upon entry. The Munich one has a sumptuous lobby/reception with a striking stained-glass ceiling that the hotel describes as the city’s “Most Beautiful Living Room”. Certainly many people are sitting around in the cosy atmosphere taking refreshments, presided over by a “Tea Master Gold”, Joel Belonet, a Frenchman who has been there more than 40 years.
It is a communal place for guests to meet and the owners of the Rollers, which have Dubai plates, may well be there too, as the lobby is well populated by holidaying Arabic gentlemen who each seem to have three or four women in tow. Often only the women’s eyes are visible under their black burqas but we presume they are wives, not mothers or aunties. 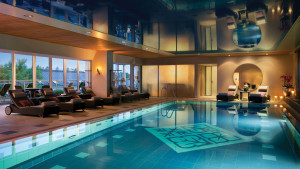 The owners of the Rolls are princes or businessmen, depending on who you ask. Probably they occupy the Penthouse Suite with private roof terrace, the “feminine touch” Presidential Suite or the Royal Ludwig Suite, the latter, for example, with its 200 metres of sumptuous furnishing and calf leather flooring, Finnish sauna, separate guest area and a large window allowing the occupant of the main bed to see the occupant of the bathroom (or vice-versa). Did we mention the personal butler? Oh, and it costs EUR 15,000 a night, though the general manager will personally look after your booking.
In the corner of the lobby are the Kempinski trademark “Lady in Red” and the frock-coated concierges who smooth the stays of guests. The hotel building was constructed in 1858 when Maximilian II was king of Bavaria. He needed a guesthouse, and one guest, Earl Toerring, always arrived on horseback, riding up the stairs right to the door of his room.
We take the lift. Groucho Marx, in another hotel in another time, once rang room service and asked them to “Send up a larger room”, but we are well satisfied with our 26-square-metre “Superior”, taking a liking to the wallpaper, which reproduces art from Munich’s Alte Pinakothek, home of works by Leonardo, Durer, Van Dyck, Rubens, Rembrandt and many more. All 297 rooms in 12 categories, including 67 suites, and the hotel corridors are decorated in this distinctive way.
We are also entertained by the shower, where four chameleonic lights in the ceiling go through a variety of colours, including electric blue, shamrock green and, our favourite, bordello red.
The Kempinskis are very fancy hotels and this one is a Five-star Superior, as verified by Deutsche Hotelklassifizierung. We wouldn’t say it is over-exclusive but we do wear a tie in the shower and even room service has an unlisted number.
From our room we look down on eight ancient pillars that were part of Maximilian’s stables. Sisi was one guest. The guesthouse became a Kempinski in 1972 and has hosted the Dalai Lama, Konrad Adenauer, Winston Churchill, George Bush, Charles and Diana, Queen Elizabeth II of Britain, Carl Gustav and Silvia of Sweden, Naruhito Hiro (Prince of Japan), King Hussein of Jordan, King Juan Carlos of Spain, Aerosmith, Depeche Mode, Sammy Davis Jr., Paul McCartney, Pavarotti, The Rolling Stones and multiple other famous visitors. 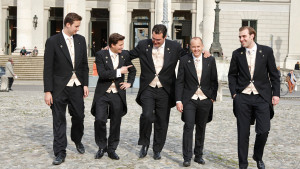 The Kempinski staff are mighty proud of their establishment and they show us around. Next to the “living room” is a bar where the speciality is the Vier Jahreszeiten Prince of Wales, Albert Edward, Prince of Wales, later King Edward VII, son of Victoria, created this personal favourite during his long wait to succeed mama. Originally made with rye whisky, the bar has varied this cocktail with four different whiskeys from Penderyn, the only distillery of King Edward’s origin: Wales.
Then there is the Schwartzreiter restaurant, where the signature dish is based on the local river fish the char. It was a favourite dish of King Ludwig. In today’s “young Bavarian cuisine” by head chef Christian Michel, one version comes with black nuts and sauerkrautpuree, and another with cucumber, buttermilk and Bavarian hash browns. Apparently they are reaching for the heights of a Michelin star.
(Here our thoughts turn to Mallory and companions again, in their tweed jackets and eating potatoes and yak meat under canvas at frozen Base Camp.)
For the healthy there is the pure luxury of the spa with its pool (notice the mirror effect on the ceiling), four treatment rooms and carrot and beetroot juice. For the unhealthy there is Davidoff’s Smokers Lounge with its Winston Churchill lung burners and Kentucky bourbons.
There is much more we could mention, such as the expansive breakfast feast, flower shop, 12 meeting rooms with the Maximilian ballroom and event kitchen, but after three enjoyable nights it is time to leave. Perhaps we will be back for Oktoberfest, with the Hofbräuhaus, arguably the most famous beer hall worldwide, only a three-minute stagger from the hotel. Central Marienplatz square is about a five-minute walk.
Again we get lost in the city and drive in circles a few dozen more times before finding the road to Salzburg and home, because – no matter how good the hotel – it’s there, too.
(Mallory took part in two unsuccessful British attempts on Everest in 1922 and 1923, In 1924, he and his climbing partner Andrew “Sandy” Irvine were last seen about 245 metres from the summit, still pushing upward. But the weather closed in and they disappeared into the clouds. Mallory’s mummified body was found 75 years later in 1999. Irvine’s has never been found. Tenzing Norgay and Edmund Hillary made the first official ascent of Everest in 1953, but whether they were beaten to it 29 years earlier remains the greatest mountaineering mystery to this day.)