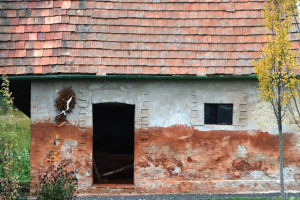 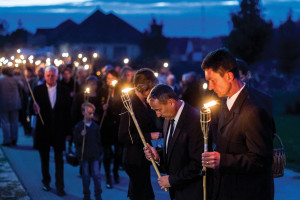 We must name those responsible, continue building and return every year to remember, the state secretary for regional administration said in Kolontar on Sunday, marking the fifth anniversary of the country’s worst industrial disaster, a toxic sludge spill that killed ten people, injured over 200, destroyed 358 homes, wiped out all life in two small rivers and polluted over 1,000 hectares. Zoltán Kovács, an MP of governing Fidesz who represents the district, said the government had acted with great speed after the disaster and spent HUF 30 billion on the cleanup and reconstruction. Despite these efforts, it has been difficult to restore the peace of mind of those affected, because those responsible for the disaster have not been named to this day, he added. On October 4, 2010, a million cubic metres of toxic red sludge escaped from a reservoir at alumina company MAL’s plant, flooding the villages of Kolontar and Somlovasarhely and the town of Devecser.

Biszku in fresh not guilty plea 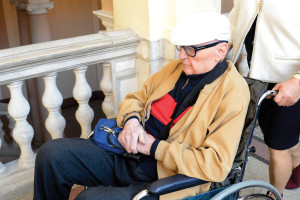 Béla Biszku, Hungary’s interior minister in communist times, has pleaded not guilty in a second trial to committing war crimes after the anti-Soviet uprising in 1956. In June a municipal appeals court annulled a lower court ruling handed down in 2014 declaring Biszku guilty of instigation and complicity to homicide, and ordered a new trial. The primary court sentenced the now-94-year-old Biszku to five years and six months in prison. Legal historian Tibor Zinner and war historian Miklós Horváth told the ongoing second trial that there are no existing documents proving Biszku had a direct role in the government’s retaliation after the uprising. They added, however, that under the dictatorship, commanders did not even need instructions from their superiors, as they knew what was expected of them.

Hungary has slipped three places to 63rd in the latest competitiveness ranking of 140 countries compiled by the World Economic Forum (the report included 144 countries a year earlier). On a scale of 1-7, Hungary’s overall score edged down to 4.25 from 4.28. Hungary reached higher scores in health and primary education, macroeconomic environment, higher education and training, and technological readiness. The lowest score was in innovation, then institutions and business sophistication. Among efficiency enhancers, the country received a low 3.9 score on financial market development. Hungary reached its highest ranking for infrastructure (48th) and lowest in institutions (97th). The Czech Republic in 31st place, Poland 41st and Romania 53rd preceded Hungary in the ranking but Slovakia lagged in 67th.  These regional countries in contrast to Hungary rose in their rankings. 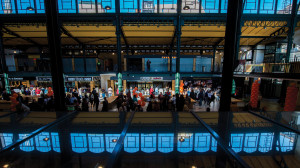 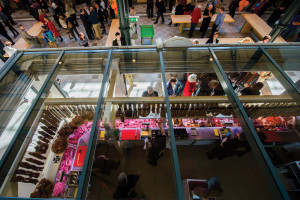 Supermarket company Spar Magyarország has a HUF 720 million unit in a renovated landmark market hall in District VII’s Klauzál tér. Spar “joined in” the HUF 2 billion renovation of the 120-year-old hall and was awarded ownership of 1,500 square metres in the building whose total area exceeds 7,000sqm, district mayor Zsolt Vattamany said while inaugurating the hall last Friday. Marketplaces are exempt from recent restrictions on Sunday shopping, so the Spar supermarket will be open all weekend.

Two Hungarian Gripen fighter jets had been scrambled to intercept a Canadian Boeing 767 flying from Toronto to Athens, the Defence Ministry has said. NATO’s Allied Air Command ordered the highest-level Alpha alert after the plane failed to contact Slovakian civilian air traffic control. The Gripens established visual contact with the 767 and it then established radio contact with Hungarian air traffic control. The fighters escorted the Boeing to the border of Hungary’s airspace.

The European Court of Human Rights has rejected a case against the state of Hungary brought by companies that earlier operated slot machines. The court said plaintiffs Laurus Invest Hungary, Continental Holding Corporation and others had failed to seek redress in domestic courts before turning to Strasbourg. Hungary banned slot machines from cafes and pubs in 2012. A number of business owners who had relied on them for income argued that the measure infringed on their right of ownership and they had no legal recourse.

The Budapest assembly will scrap a contract with the operator of 700 advertisement columns in the capital, Mahir Cityposter, from October 31 and has called on the company to dismantle the columns within 60 days of the annulment. Earlier the opposition Democratic Coalition party submitted a report to police against the city’s leadership, saying that, according to press reports, the ruling Fidesz party had managed to place ads at below-market rates with the company operated by Lajos Simicska, and that between 2010 and 2014 the columns had exclusively displayed Fidesz ads. 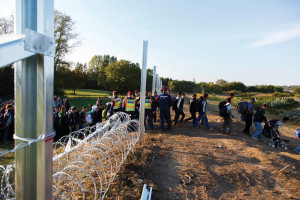 More than 4,700 Hungarian soldiers are working along Hungary’s southern borders to build a temporary fence and support the work of police, the chief of the Hungarian army said on public television on Sunday. General Tibor Benkő noted that the largest troop mobilisation was in 2013, when almost 10,000 worked in flood defence operations along the Danube.
E-ID card step nearer
Work has been completed on creating a background IT system for introducing a national electronic identification card (NEK) that integrates ID systems for various state and local government services, officials of the central office that manages the project said on Tuesday. The government submitted a bill this year on introducing a chip card carrying data such as an individual’s residence permit, tax number, health-insurance number and driving licence.
Repaving at Hungaroring
A HUF 750 million repaving project at the Hungaroring race track on the outskirts of Budapest has begun. Hungaroring chairman-CEO Zsolt Gyulay said the track’s operator is covering the cost of the investment itself, though Hungaroring hopes to get state funding for a HUF 25 billion overhaul of the track it wants to undertake.