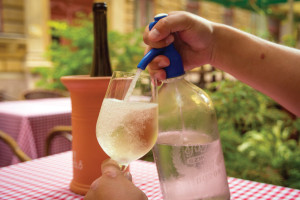 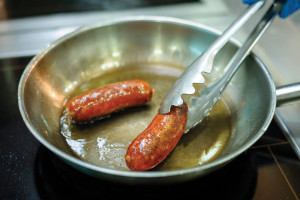 Four products have been added to the list of Hungaricums, which now totals 54 items. They are the paired sausage of Debrecen, the spritzer, the fish soup of Baja and the Chamomile flowers of Hungary’s Great Plains, Minister of Agriculture Sándor Fazekas said after a meeting of the Hungaricum committee in Debrecen on Tuesday. Ruling Fidesz group leader Lajos Kósa said the group would initiate setting up a dedicated allocation to promote Hungaricums in domestic and international markets.

Ministerial commissioner for public transportation Dávid Vitézy is proposing to the government the establishment of a combined management company for state-owned railway company MÁV and bus company Volán, as their integration would be too costly and time-consuming, daily Magyar Idők said on Monday. The management company would commission MÁV and Volán for their services but it would be in charge of creating a unified timetable, fee, ticket and information system for passengers. Vitézy said the state companies are currently running competing services while there is a justified demand for them to co-operate on ticket purchases and arranging timetables. 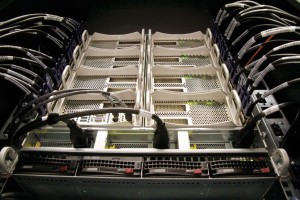 The University of Miskolc inaugurated a supercomputer, purchased from European Union funding of 3.2 billion forints, on Tuesday. The universities of Debrecen and Szeged already have supercomputers, with the first one inaugurated in Debrecen in 2011.

The council of Budapest’s District VIII has filed a criminal complaint over the neglected former headquarters of the Socialist Party in II János Pál square. The municipality said the derelict building is a hazard and called for an investigation into the responsibility of the owners. A statement said the HQ was owned by the Socialists up to 2010, then it “went from one Socialist-associated firm to the other” and is now owned by “a company associated with an offshore venture… The building has long been occupied by rough sleepers, drug addicts and prostitutes” and is in a deplorable state. Nearby residents had complained about litter and noise. In response, the Socialists said the building had been sold in a lawful way six years ago, therefore the party has no responsibility for its current state.

Film industry commissioner Andy Vajna has signed a contract to buy commercial television channel TV2, and, after signing by the sellers, the deal would be announced later this week, figyelo.hu, the website of weekly figyelo, reported on Tuesday. The transaction would require approval by Hungary’s Competition Office, figyelo.hu said. The value of the transaction, which includes the takeover and payment of debt of the current owners, could exceed HUF 20 billion, according to the website. Vajna is expected to finance the bulk of the purchase from loans. The sellers are Zsolt Simon and Dederick Yvonne, who bought the company operating the channel from German media company ProSiebenSat1 in a management buyout in late 2013. TV2 reported HUF 958 million in earnings before interest, taxes, depreciation and amortisation in 2014, the first positive EBITDA since 2008. Revenue rose 8.5 percent to HUF 17.6 billion last year, supported by a 13 percent increase in ad revenue. Spending on original content grew 36 percent to HUF 5.3 billion. TV2 media group includes the television channels TV2, Super TV2, FEM3 and PRO4.

Government can be voted out: opposition 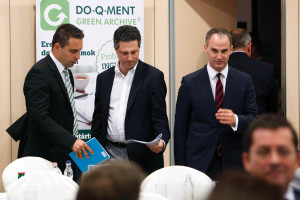 The Orbán government and its “political regime” can be replaced through democratic means, opposition leaders agreed at a round-table discussion in Sarvar. Gábor Vona of the radical nationalist Jobbik (to the left in the picture), LMP co-leader András Schiffer (to the right in the picture) and Együtt leader Viktor Szigetvári, however, disagreed over each other’s party’s chances of coming to power and their abilities to govern. The party leaders also discussed their differing views on the EU and its future. Szigetvári proposed a moderate approach to politics, a joint candidate for prime minister and establishing an election party. Vona stressed the importance of demonstrating strength and credibility, while Schiffer said the key to winning the 2018 election is focusing on how to renew Hungary. Vona said that if the government did not pursue the migration policies it has, his party would be the most popular in Hungary. The Jobbik leader raised the possibility of the EU’s disintegration. Schiffer said that if Orbán has a “belligerent attitude” towards migration, he should apply the same approach to the TTIP free trade agreement.

The Office of Parliament is making free WiFi available in and around the building with a view to creating a “modern and friendly community space” for visitors. A mobile phone app is also free to download from Google Play, App Store and Windows Store in English. This provides information about Parliament, including a virtual walk around the square and inside the building. The service can be accessed for 30 minutes each day.

Tax office NAV will classify businesses from July 2016 and those paying their taxes properly would soon enjoy preferences under a bill submitted to Parliament by state secretary responsible for parliamentary and tax affairs András Tállai. The government aims to create a new customer-friendly tax system, he said. NAV would put businesses in three categories: reliable, average or risky. 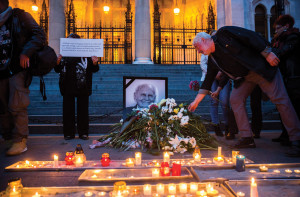 Recently deceased Árpád Göncz, Hungary’s former president, will be buried in Óbuda cemetery on November 6, from 3pm. Eulogies will be given by Imre Mécs, who was imprisoned with Göncz in the 1950s, and Arch-Abbot of Pannonhalma Asztrik Várszegi.