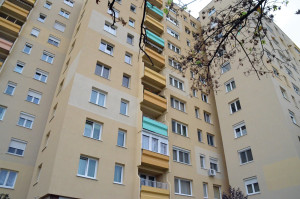 Brussels is not providing any money for modernising the energy technology of residential buildings, at least so the Prime Minister’s Office claimed recently. The reason behind the sudden change of mind is so far unknown.

János Lázár, the Minister in charge of the Prime Minister’s Office, dropped the bomb at the beginning of October. He explained at a professional conference that there would be no program introduced to finance modernising the energy technology of private households from EU funds.
Experts just shook their heads, while the Energy Club warned that this was a “huge national strategic mistake”. The ministry that is responsible for the distribution of EU funds received a barrage of criticism in response.
After that, the government’s new mouthpiece was set into motion, the well-informed daily newspaper Magyar Idők reporting that “the European Union’s principles do not allow the usage of EU funds for private purposes, this is why modernising the energy technology will be only possible in public institutions. The Hungarian government tried everything to convince Brussels to involve the citizens in the program as well, but still, the EU did not allow this during the budget cycle of 2014-2020 either – just like before”.
They added an explanation that the relevant programs in the previous budget cycle had been financed from the Hungarian budget, for example from resources earned by emission quota trading.
This could be true, but it does not look very logical to talk about the past when the EU Commission in Hungary mentioned in its country-specific report last year that energy efficiency needs to be improved, especially in residential buildings, with the energy-efficiency of Hungarian private households showing the worst results in the European Union.
Clearly in line with these recommendations the Hungarian government handed in two operative programmes in autumn 2014, which included heavy billion sums to be spent on modernising energy technology – of both residential and public buildings. These programs specifically included state grants for those private people who would like to stop wasting energy within their own four walls.

Still in this spirit, the specialist secretary at the Ministry of Development explained in August that in spring 2016 the first tenders for modernising aged single-family homes would be published. He specifically mentioned a sum of HUF 150 billion. It seemed almost utopian that with the help of this money up to three million houses could be whipped into shape before 2020 – the Hungarian housing stock includes in total around four million such residential units.
The government passed the “National Strategy of Building Energetics” just this year. It says that residential buildings consume about one third of the energy consumption of the country, which is in total about 1,000 PJ. This specific energy consumption shall be reduced by 38 PJ by 2020. Every single percentage point saved would save two and a half percentage points of natural gas imports.
Lázár complained publicly several times that responsibility sits on his shoulders, since he can decide practically without any limitations about EU funds. He can offer some sort of explanation why he recently ditched long-coordinated strategies, but that does not make his conduct look more logical. After all, he is giving the impression – to the Ministry of Development – that he can manage the funds coming from Brussels.
Unfortunately, the fact remains that this government cannot stay consistent. Since transparency does not exist, no one understands the motives in the background. Attempts for explanation such as the one from Magyar Idők do not help either.