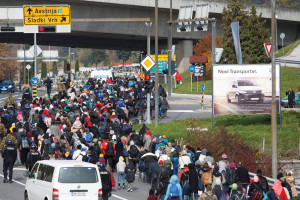 Migration will give no answer whatsoever to labour shortage or demographic challenges in European countries, Minister of Foreign Affairs and Trade Péter Szijjártó said on Monday. Speaking about the economic policy impact of migration at the ICON Economic Policy Forum in Budapest, he said Europe has ample internal reserves in its labour market to manage shortage of manpower without relying on migrants.

Instead of employing migrants, Hungary seeks to focus on vocational training and increasing the mobility of the workforce, Szijjártó said, adding that the country’s current unemployment rate of 6.7 percent is considered low in European comparison. He noted that an effective family policy and support for families with children can assist Hungary, and even Europe as a whole, in coping with demographic challenges.
Hungary has a vested interest in successful ethnic Hungarian communities living in successful neighbour countries, the minister said. Hungary was maintaining “its all-time best ties” with two of its neighbours, Slovakia and Serbia.
Szijjártó said the current global situation is extremely detrimental to “the programme of eastern opening”. In some cases Hungary’s position on the migrant crisis had been “intentionally misinterpreted” in Arab societies, prompting the government to inform its partners about its real position.
The following day Szijjártó spoke to both public television and Kossuth radio, and he noted that the EU should simply be following the “Hungarian model” and protect external borders. Without this, it was not possible to “be in a good position at talks on resources or when talking to transit countries”.
Greece is in a difficult situation because of its long sea border and it should be helped in an “effort of 28 countries”, he said. He did not have high hopes for this Sunday’s migration summit, as the meeting did not have a mandate to make legally-binding decisions. 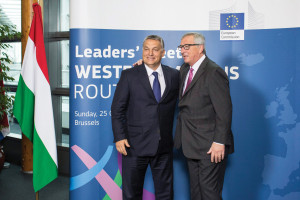 Hungary is no longer on the western Balkan migration route, so the country would be just an observer at the summit of EU leaders this Sunday, Prime Minister Viktor Orbán has said. “The number one source of the crisis is that members of the European Union, especially those who are members of the Schengen Treaty, are not able or are not ready to keep their word,” Orbán said, adding that he had suggested several times that the EU should jointly protect its borders if Greece was unable to do so, “but nobody listened to us”. Hungary is nevertheless ready to provide help to transit countries affected by the migration wave, the prime minister said in Brussels. The contribution offered included technical and other equipment.