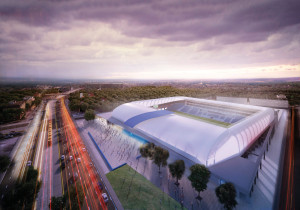 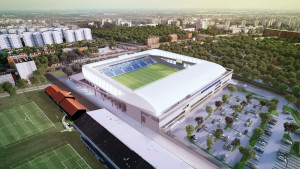 The new 5,322-seat Hidegkuti Nándor Stadium in east Budapest, home to MTK soccer team, will be completed by August 31 next year at a cost of HUF 6.31 billion, club president Tamás Deutsch said in revealing the plans on Monday. The first game will be on September 21 against Portugal’s Sporting Lisboa.

“Son of Saul” by Hungarian director László Nemes has won the critics’ prize at Luxembourg’s CinEast film festival, the Hungarian National Film Fund has announced. The Cannes award-winning film was chosen from 100 works from 18 countries shown at the festival showcasing Central and Eastern European cinema. “Son of Saul” has won a special prize at the Sarajevo film festival, a director’s prize at Chalons-en-Champagne and cameraman Mátyás Erdély was awarded first prize at the international film festival for cinematographers in Bitola, Macedonia, the fund said. The film is Hungary’s entry for the Oscars in the category of foreign films. 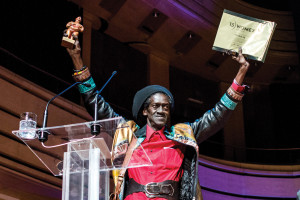 This year’s WOMEX world music festival wound up with an awards ceremony at the Palace of Arts in Budapest on Sunday. The Artist Award went to Cheikh Lo, a Senegalese musician. The Professional Excellence Award was presented to Ramin Sadighi, a promoter of Iranian music through his label Hermes Records. Glitterbeat took the Label Award, for the second year in a row. Some 2,500 foreigners from over 90 countries participated at this year’s WOMEX over five days. Frank Klaffs, managing director of Piranha Arts, the owner of WOMEX, said most of the musicians at the festival had played to full houses thanks to the work of local organiser Hangvető.

DK ‘not linked to violent group’

The leftist Democratic Coalition (DK) has denied any connection with a Facebook group that recently suggested the prime minister should be killed. DK said the administrator of the group had been expelled from the party in May last year and was not authorised to use the party’s name. Referring to a report published on atlatszo.hu, DK said MEP Peter Niedermüller was among members of the group, because under Facebook rules anyone can be invited and co-opted in a closed group even without that person’s consent. Users could become group members without knowing its content, the party said. Earlier, the contested group’s description said that “dictators all over the world have been killed by the wrath of the people – (Viktor) Orbán you are next!”

Second only to Florence 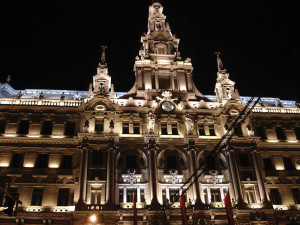 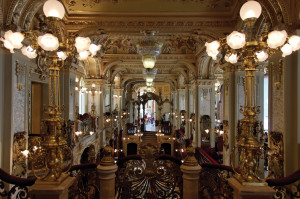 Budapest is the second-best city in the world, according to a web-based survey organised by Conde Nast Traveller. Citing the survey, Magyar Turizmus said 86,000 votes went to the Hungarian capital, just short of the votes for Florence, which topped the list of 25 cities. Budapest has never received quite so many accolades as in the recent past, Péter Faragó, Magyar Turizmus’s chief executive, said. The city had beaten such luminaries as Vienna, Sydney, Tokyo, London and Paris in the survey. The magazine praised Budapest’s secessionist architecture, and readers noted the famous thermal baths, the opulent New York cafe (pictured), the night-time view of Chain Bridge and its surroundings, and the Grand Market.

The European Court of Human Rights has ruled that Hungarian authorities violated the European Convention on Human Rights in 2011 when they failed to properly investigate a racially motivated attack. The suit was filed by a resident of Szeged who was assaulted by a man posing as a police officer in January 2011. The attacker was prosecuted for inciting ethnic hatred but the prosecution withdrew, saying it had found no evidence the attack was racially motivated. The attacker was later sentenced for rowdy behaviour. The court said Hungary violated the convention’s prohibition of discrimination in its handling of the case.

Ride-sharing company Uber says it has registered more than 600,000 rides in Budapest since its launch in the city in November 2014. Uber has seen unique growth in the capital in terms of both the increase in the number of passengers and that of the number of drivers operating under the aegis of Uber, the company added. A thousand drivers and 55,000 passengers had registered on Uber’s platform in Budapest. About 30 percent of the Uber rides started or ended near a metro station. 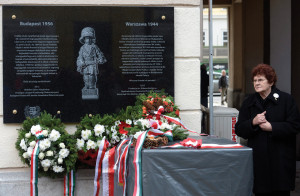 A memorial tablet dedicated to Hungarian-Polish ties during the Warsaw Uprising of 1944 and the Revolution of 1956 has been unveiled in Budapest. The bilingual black marble tablet was inaugurated in Corvin Alley, a stronghold of revolutionaries in 1956. The memorial also commemorates the 15 to 20 Polish students who joined the revolutionary militia in 1956 and patrolled the streets of Budapest together with Hungarian freedom fighters. It notes that the Polish aid provided for Hungary at that time was more than twice as much as the country received from all the other nations put together.