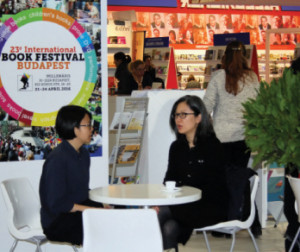 Hungary has produced many great writers. The country’s literary fame does not only rest on days long past though. Contemporary works are also receiving international notice, as evidenced at the recent Frankfurt Book Fair. The Budapest Times spoke about the event to Dr. Dezső Szabó, Director of International Relations at the Balassi Institute, which aims to make Hungarian culture and language more popular abroad.

Who represented Hungary at the Frankfurt Book Fair, the world’s largest trade fair for books, this year?

Hungarian works were presented at two locations by no fewer than three authors: György Dragomán, Noémi Kiss and Krisztina Tóth. Katharina Raabe, the editor at Suhrkamp Publishing, and Dragomán spoke about his latest work, “Bonfire”, at the Open Stage Forum. They also read excerpts from the translation by Torsten Hoffman. Kiss presented her work “Shabby Jewellery Box” at the same place and answered questions by writer Lerke von Saalfeld. Later Tóth was questioned about her work “Aquarium” by von Saalfeld in the Reading Tent, or more precisely in the wonderful castle tent. Actress Sofie Alice Miller read some excerpts from the book. However, it was Péter Gárdos’ work “Morning Fever”, published by Hoffman and Campe Publishing, which raised the most curiosity among the Hungarian publications in Frankfurt this year. The author was questioned about his novel on several occasions on multiple stages, among others by broadcaster ARD and Die Welt newspaper. Gárdos’ book “Blue Sofa” also became a favourite of the audience. The Hungarian stand presented the newly published Hungarian works in German translation in addition to the exhibited books in Hungarian language, most of which were published by the Suhrkamp, Europa, Nischen and Rowohlt companies.

How were the Hungarian representatives selected?

The program of authors and books representing Hungary was mainly selected based on the new releases that we were able to present to the German (professional) audience. It would have been nonsense to present wonderful authors and their works that have not been translated into German. Finally however the decision was made by the general judges of the Publishing Hungary Advisory Board.

How did the Balassi Institute prepare for the fair?

In 2013 and 2014 the Alliance of Hungarian Publishers (MKKE) and the Publishing Hungary Program of the Balassi Institute could not represent themselves together at a shared stand in Frankfurt. So the Publishing Hungary Program welcomed its visitors and the professional audience at its own stand at the fair. However, this only deepened the differences within the industry. In 2015 the organisations sat down to negotiate again. A new collaborative agreement was created that specifically agreed on joint representation at the Frankfurt Book Fair. This year MKKE, the publishers present, the Balassi Institute and the Stuttgart Hungarian Cultural Centre represented Hungary and its literature together. It was fantastic, the collaboration went smoothly right from the beginning and the co-operation meant an optimistic synergy for all of us, about which we were all very pleased.

What was your job at the fair? 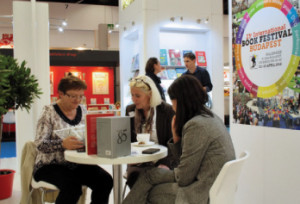 On one hand we had to welcome the visitors and inform them about new releases. On the other hand we were also there for the conversations with the representatives of the professional audience. Such a conversation can be for example about the specific translation or publishing of a work, or we could talk to representatives from other countries about upcoming international book fairs. This was how for example the Hungarian publishers learned about the opportunity through our organisation to be able to meet with around ten publishers from Taiwan on October 15 and start a common project to be present at their fair as a guest of honour next year. The feedback from both parties indicated that the conversations were very useful. The organisers of the Peking, Warsaw, Goteborg and Brussels book fairs also approached us with similar offers. However, we looked for the director of the Leipzig Book Fair ourselves in order to discuss the details of a future co-operation.

What kind of feedback did you receive from visitors?

Really positive. Most of all the versatile Hungarian offer – among which were many new translations of already published works – was praised. The colourful art books, touristic books and gastronomic publications were also eagerly awaited. It has to be highlighted that especially “Bonfire” by Dragomán and “Morning Fever” by Gárdos were successful, and this directed attention towards Hungarian literature. For this we are extremely grateful to them. Thanks to Daniel Kehlman’s article in the literature-themed special edition of the “Spiegel” publication, visitors were attracted to our stand who perhaps had never known anything about Hungarian literature before. According to Kehlman, when you are looking to find superpowers in the field of literature, you should not turn toward the USA, England or France but towards Hungary, since no other such country could produce such great poets and excellent authors with so few citizens. We could not have received a better advertisement even if we had pre-ordered it. 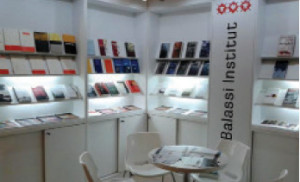 This question is not directly about the book fair but it might be interesting to our readers: how hard is it, or rather how do you find good translators for Hungarian works?

This is really a difficult question. Sometimes finding a good translator is just pure coincidence.  Of course, publishers are doing a lot of work around this topic. The Balassi Institute has been trying its best for years with its literature translator education to train as many and as good translators as possible. Unfortunately in the past years fewer and fewer students have applied for the classic European languages, including German. Most likely the reasons for this are financial. For this reason we would like to better promote the translator education in our Publishing Hungary Program, hoping to attract more possible applicants for this wonderful job. Until then we try to prepare to be able to support the truly excellent translators with scholarships. Heike Flemming for example won several awards and she also finished her studies with us.