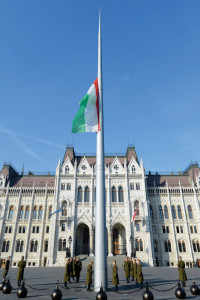 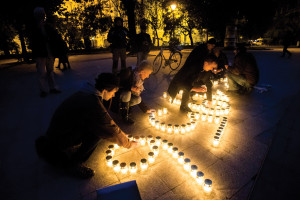 Hungary’s flag was raised and then lowered to half-mast with military honours in front of Parliament to mark the 59th anniversary of the crushing of the 1956 revolution and freedom fight. The government in 2013 declared November 4 a national day of mourning. Following convention, the commemoration began with the national anthem in Kossuth Square with representatives of Hungary’s military, state officials and foreign diplomats. Gergely Gulyás, Parliament’s deputy speaker, gave a speech in the Urania National Film Theatre that presented a documentary titled “Sentenced to Life” (“Életreítéltek”). Gulyás said the 1956 revolution was an eternal symbol of freedom fight and the documentary portrays heroes who demonstrated their loyalty to the nation and its freedom. The radical nationalist Jobbik party said it will campaign to reinstall a memorial for 1956 outside Parliament. Ferenc Gyurcsány, the leader of the leftist opposition Democratic Coalition, said “1956 has not become a real celebration of a new democracy in Hungary. I mourn our failed revolution, those hundreds who were murdered, I mourn the cause of freedom which was betrayed, a cause for which I and we are fighting again.” 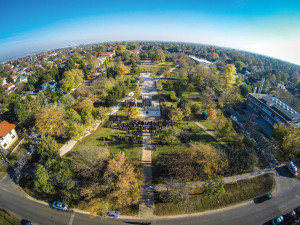 Interior Minister Sándor Pintér on Tuesday stressed the need to pass legal regulations on the use of drones to guarantee flight safety and protect individuals. One reason for a legal framework is that criminals and terrorists have also recognised the usefulness of drones, Pintér told the Open Source Intelligence international conference in Budapest.

Real estate broker Duna House started the public offering of its shares on Monday, with a maximum share price of HUF 4250. The offering will last until November 20, and investors can buy at branches of Concorde Ertekpapir, Equilor Befektetesi, Erste Befektetesi and Raiffeisen Bank. Duna House plans to offer for purchase a maximum of 1 million shares out of the total 3.06 million, with the option of selling another 100,000 if demand is high.

Sándor Csányi, Hungary’s richest man, has been included in Forbes magazine’s World’s Billionaires List. Tabloid Blikk said Csányi, who has built a food industry empire while heading Hungary’s biggest commercial bank, is the first Hungarian to be included. Blikk said his assets had increased by HUF 120 billion in the past year “at least on paper”, noting that Forbes had included his holdings and investment fund in Singapore this time around. Csányi’s wealth stands at HUF 287.9 billion at present. He revealed plans in 2009 to use CSAM Asset Management, his company in Singapore, to act as an asset manager and financer for his holdings.

A former acrobat has allegedly stolen jewellery and cash worth several hundred million forints in the past two years. Police said the suspect had climbed walls to access upstairs apartments through balconies. The man was reported to live in a luxury home in Budapest, a search of which revealed over 600 pieces of jewellery and watches. The burglar is facing up to 10 years prison. 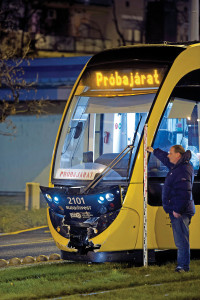 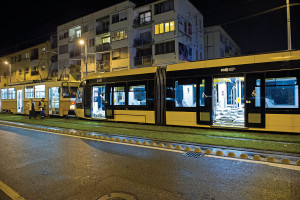 The transport safety authority and police are investigating a recent accident involving an all-new tram set to run in Budapest from next spring. An official of Budapest Transport Centre (BKK) said on Tuesday that during a test run on Monday evening a Spanish-made CAF tram, the world’s longest, ran into the back of another tram in western Budapest. BKK said a police investigation is expected to involve technical experts as well. The CAF company is expected to file an official report with the Hungarian transport authority that controls test permissions. The authority may then decide to suspend or restrict further test runs, said BKK.

The opposition Democratic Coalition has urged government measures to safeguard ambulance staff. Party official Imre László said reports by the National Ambulance Service indicate that assaults against their medical staff have become frequent. Recently a man high on drugs and in need of immediate aid in Budapest had stabbed a paramedic who was trying to help him. The stabbing occurred in the ambulance on its way to the hospital, leaving the paramedic in critical condition. László said ambulance staff work under difficult conditions and earn meagre salaries, while being more vulnerable than policemen or firefighters. 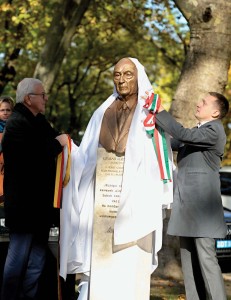 Europe needs complete renewal if it is to maintain its unity, cabinet chief Antal Rogán said at the inauguration of Konrad Adenauer road and a bust of West Germany’s first chancellor in Budapest’s City Park. Rogán said that during its 2000-year history, Europe had undergone reform several times and the reason it survived through history is that it has been able to renew itself. All these reforms involved a return to the original Christian values, of which Adenauer was also aware, he said. Hans-Gert Pottering, president of the Konrad Adenauer Foundation and former president of the European Parliament, said the European Union represented an experiment which involves 500 million people in 28 countries operating in line with the rule of law. The EU is based on law by which they progress towards a joint future, he said.