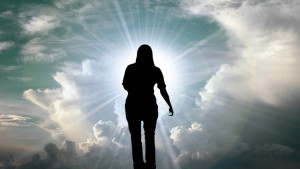 For many, 2015 might be a year they’d prefer to forget. One that brought all sorts of travesties to the world, resulting in the deaths of many and the maiming of more. One that unpeeled the facets of human nature to reveal a selfish, hardened core, offensive to some, frighteningly acceptable to others. One that pitted friends against friends as politics and policies introduced a whole new level of divisiveness. Yes, for many, 2016 couldn’t have come too soon.  While the world at large may not have fared well, individual worlds trundled along quite nicely, untouched to any great extent by the global happenings and perhaps a steadfast refusal to get involved.  A case in point was last year’s refugee crisis at Keleti Station in Budapest. If you had no reason to go to that part of the city, you could have happily ignored what was going on.
The recent flooding in Ireland and the north of England is another. If you lived far from a river, lake or sea, you could watch in detached horror as others have all they’ve worked for destroyed by rising waters.
The bombings in Paris and Beirut and the shootings in San Bernardino and Roseburg could be viewed as if part of a Hollywood movie. These and other catastrophes likely had most of us offering thanks to whatever higher being we turn to in times of crisis: thanks that we were not there, not involved, not affected.
When the world goes so off kilter, the whole “god question” hovers as those who don’t believe question why any god would allow such chaos to prevail. Those who believe in one exclusive god dig in and proclaim that theirs offers access to the one and only pathway to true salvation. And of such blinkeredness, fundamentalism is born.
My uncle told a joke over Christmas dinner. God (whichever god), was giving a new entrant a tour of heaven. As they looked down over the vast expanse, he pointed out the Jewish section, the Muslim section, the Hindu section, the various Protestant sections and those sections belonging to the other world religions, until finally he pointed to the Catholic section. With it came a warning: walk quietly past that gate, he said, as they believe they’re the only ones up here. Move the words around at will and there’s something in that.
I have my own views on religion. I subscribe to being a pick’n’mix Catholic with a belief that different religions see their version(s) of the one God. I don’t argue about it. I don’t debate the finer theistic points. I know that I need to believe and that it is my faith in a higher power whom I call God that keeps me sane.
But as the world continues to spiral out of control, what are the odds that my God will continue to hear my prayers to spare me and mine hardship? I thought perhaps that I needed a new perspective on prayer and then I read this:

May God make your year a happy one.
Not by shielding you from all sorrows and pain,
But by strengthening you to bear it as it comes;
Not by making your path easy,
But by making you sturdy to travel any path;
Not by taking hardships from you,
But by taking fear from your heart;
Not by granting you unbroken sunshine,
But by keeping your face bright;
Not by making your life always pleasant,
But by showing you when people and their causes need you most,
And by making you anxious to be there to help.

So, no matter what you believe, may your God’s love, peace, hope, and joy stay with you for the year ahead.

Mary Murphy is a freelance writer who lives to travel. Read more at www.stolenchild66.wordpress.com