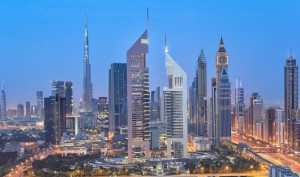 Nikki Beach Worldwide, a US-based resort operator, is opening its first resort in the Middle East next spring.
The 52,000-square-metre Nikki Beach Resort & Spa Dubai will be located on Dubai’s Pearl Jumeirah, an island. It will include Nikki Beach Restaurant & Beach Club, which is set to open in February, and Café Nikki, Satine by Nikki Beach Restaurant & Lounge and Nikki Spa by ESPA, among other facilities.
The project is being developed by Dubai-based Meraas Holding. The cost of the development was not given.
It will feature “the same contemporary look and feel” of the brand’s properties worldwide, according to the company.
Christopher Hewett, associate director at hospitality consultancy TRI Consulting, said: “I think the resort will be received well. Nikki Beach is popular with millennials and people who want a lifestyle-oriented product and experience.” He said the resort will compete with the beachfront resorts on Jumeirah Beach Road, such as Madinat Jumeirah.
Nikki Beach already has resorts in Koh Samui, Thailand, and Porto Heli, Greece, with plans to open a property in Bodrum, Turkey, and in Courchevel, France, in 2017. 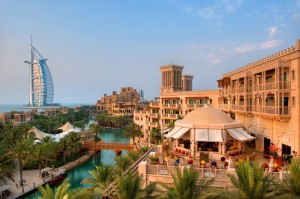 The company had been delaying the opening of the Dubai resort, which was scheduled to open in late 2015. It had also pulled out of plans last year to open a resort in Doha, Qatar.
Next year, Dubai will also see the opening of a Westin on Shaikh Zayed Road, a W in the same location, and a Viceroy each on Palm Jumeirah and Shaikh Zayed Road. An additional 20,000 hotel rooms are expected to open in the emirate in 2016, according to the Dubai Corporation for Tourism and Commerce Marketing.
Some of the hotels that have already opened in Dubai this year include St Regis Dubai on Shaikh Zayed Road, Taj Dubai in Downtown Dubai and the InterContinental Dubai Marina.