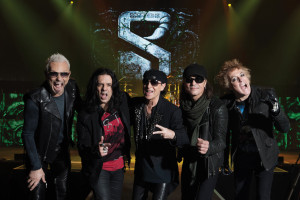 Scorpions are celebrating a half-century of rock with the release of their 19th studio album, “Return to Forever”, and a global 50th anniversary tour that began in China last May and runs through to this spring. The tour stops at Papp László Budapest Sportaréna on February 29.

Fifty years have passed since the days when the juvenile Klaus Meine, Rudolf Schenker and Matthias Jabs wandered the streets of Hannover, which was just awakening from post-war paralysis, with a barrow carrying their instruments and amplifiers.
They have since become Germany’s, or rather continental Europe’s, most successful rock band, the living proof that not only VW, Mercedes or BMW are able to compete internationally, but classic rock music made in Germany as well.
Many bands, including The Smashing Pumpkins, Green Day, Korn, System Of A Down and Queensryche have covered songs by the Scorpions throughout the years. “Rock You Like A Hurricane” alone has been covered over 150 times by different musicians. 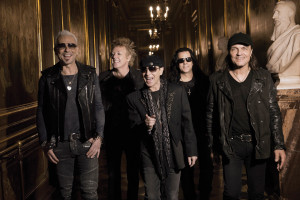 Expressing in mere numbers a career like that of the Scorpions is almost impossible. However, one number that should still be mentioned is more than 100 million records sold to date. This makes the Scorpions the most successful rock band of continental Europe by far.
Silver, gold and platinum awards are only one side of the Scorpions’ history. Another is their unabated desire to travel. No other rock band of their status after so many years takes to the stage as often as the Hannover natives. They have played thousands of concerts in all corners of the planet: in Rio de Janeiro, Tokyo, Moscow, Washington DC, Dubai, Paris, Berlin and many many more.
In 1988, they were the first Western rock band to play sold-out shows five days in a row in the then still Soviet Leningrad. There have been pioneering achievements elsewhere as well: through very early concerts in China and South-East Asia they opened doors for many other Western bands. 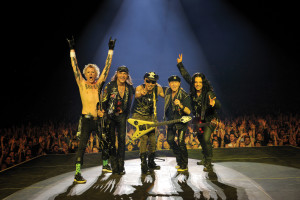 There were many magic live moments; some of them are captured on live albums, others on film and video. These are the times that have cemented the Scorpions’ reputation as one of the planet’s hottest live bands.
The fact that the 50th band anniversary was coming up hit Schenker rather accidentally: “Fifty years are a long time. Apart from us, at most the Rolling Stones, the Beach Boys or The Who managed to do that. We’re celebrating half a century of Scorpions with this tour.”
Tickets for the Budapest gig are available via www.livenation.hu. A limited number of Front of Stage tickets are available plus three different seating choices and the usual standing tickets.