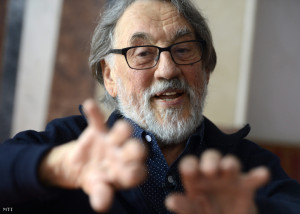 Vilmos Zsigmond was one of the best: he worked together with Woody Allen and Steven Spielberg as a cameraman. As an important representative of the New Hollywood movement, his films included “The Sugarland Express”, “The Deer Hunter” and “Cassandra’s Dream”. His death on New Year’s Day in Big Sur, California, aged 85, produced many tributes.

Vilmos Zsigmond was born in 1930 in Szeged, the son of a local football celebrity. As a young man he was first interested in photography, however he decided on camera studies at the Theatre and Film Academy Budapest.
At the age of 26 Zsigmond was forced to leave his home country due to the film he and his student friend László Kovács – who also became famous later on in Hollywood – shot about the 1956 Uprising and consequent Soviet invasion. Their footage was used later by several Western television channels, in “Hungary in Flames” among others.
After moving to the USA, Zsigmond began his Hollywood career with low-budget horror movies such as “The Time Travelers”. The breakthrough in his career happened with Robert Altman’s “McCabe and Mrs. Miller“. He quickly became an important person in the budding New Hollywood movement, trying to modernise the traditional Hollywood industry with young filmmakers such as John Cassavetes, George Lucas, Francis Ford Coppola and Steven Spielberg 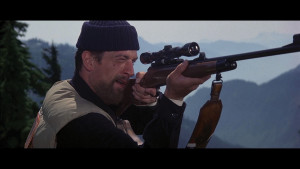 After “McCabe and Mrs. Miller” Zsigmond worked twice more with Altman – on “Mirrors” in 1972 and “The Long Goodbye” in 1973 –  but finally he decided on a change. In an interview he gave to vs.hu he put it like this: “I would like to work with many different directors. You always learn something new when you work with different people on different films.”
Among others he also worked with legendary filmmakers such as Brian De Palma (“Obsession “, “Blow Out”, “The Black Dahlia“), Michael Cimino (“The Deer Hunter”, “Heaven’s Gate”), Woody Allen (“Melinda and Melinda“, “Cassandra’s Dream“, “You Will Meet a Tall Dark Stranger“) and Steven Spielberg (“The Sugarland Express”, “Close Encounters of the Third Kind”). “Close Encounters”  (pictured above) earned him an Oscar for Best Cinematography in 1978.
Zsimond’s style was constantly changing too. He used to be very proud that none of his movies resemble each other. Even that they are so different, there is a central element, which binds all his works together: the way Zsigmond was able to use the light as he was working with the camera was unique to him. He earned the nickname “Master of Light” in Hollywood with his skill. 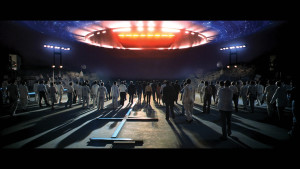 Zsigmond had a great influence on the world of moviemaking. According to a survey at the International Cinematographers Guild he is one of the ten most influential cinematographers in the world. After “Close Encounters of the Third Kind” he was nominated for the Academy Award three more times and he was also awarded numerous other prizes.
He was a passionate photographer and always had his camera with him. In April 2015 the Ludwig Museum in Budapest presented the exhibition “Photographed by Vilmos Zsigmond”, introducing his extensive work.