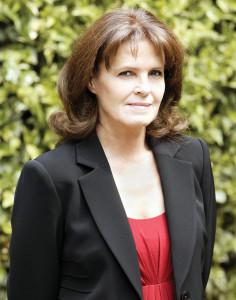 Every year on January 27, International Holocaust Remembrance Day reminds us about the horrors inflicted by the Nazis on the Jewish race.  It was on that day in 1945 that Auschwitz, the biggest of the extermination camps, was finally liberated by Soviet troops.

The Holocaust had taken hold in Hungary a year earlier. In March 1944 the Nazis occupied the country in order to accomplish what the Hungarian government had signally failed to do: deport to Auschwitz the country’s about 800,000-strong Jewish population.
In two short months 437,402 Jews were transported to the death camp, with 90 per cent killed on arrival. The sheer magnitude and speed of this massacre was astounding even by the standards of the Nazis’ murder industry, leading Winston Churchill to call it “probably the greatest and most horrible crime ever committed in the whole history of the world”. An estimated one-third of those murdered at Auschwitz were Hungarian.
So the Holocaust is not taken lightly in Hungary.  In 2014, the 70th anniversary of the deportations was marked by government-sponsored commemorative events, speeches and concerts, as well as the unveiling of a new memorial in central Budapest to the Swedish diplomat and Righteous Gentile, Raoul Wallenberg, heroic saviour of many thousands of the capital’s Jews.
Perhaps when critics of the country’s present government accuse it of anti-Semitism, they should bear all this in mind. As I have said before, there are far worse countries in which to be a Jew.
I made a recent pilgrimage to the Rákoskeresztúr cemetery in eastern Budapest. It’s Hungary’s biggest Jewish cemetery, dating back to 1893, and still used as the main cemetery for the Jews of Budapest. My paternal grandparents are buried there and I went to visit their grave.
The cemetery features an impressive memorial to the 600,000 Hungarian Jewish victims of the Holocaust, and another to the Jewish forced labourers who perished during the war, mostly on the Eastern Front. There is a separate monument to the heroine Hannah Szenes, who joined the British Army and attempted to enter Hungary as a member of the Special Operations Executive. Arrested as a spy and tortured, Hannah refused to give away details of her mission and was executed by firing squad. 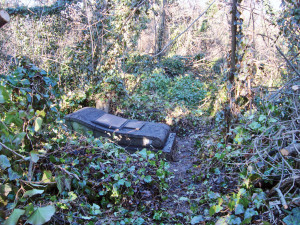 To enter this vast cemetery is to journey back to a lost world, the proudly opulent world of the once-flourishing Jewry of Budapest – bankers and industrialists, business magnates, artists and scientists. There are fabulous Art Nouveau mausoleums built for prominent Jewish families in the late 19th and early 20th century, designed by famous architects of the era.
The most eye-catching was created for the Schmidl family of store-owners in 1903 – a magnificent blue and gold work of art in majolica, marble and glass. Most of the family was murdered by the Nazis. But their mausoleum was restored a decade ago by a group of artists and architects.
The lavish tombs of other wealthy families – the Kornfelds and Goldbergers, the Blockners, Hays and many others – have long fallen into decay. All around are rusty doors falling off hinges and elegant stonework overgrown with ivy and weeds. Those families perished or joined the diaspora. Their crumbling shrines are a metaphor for the Holocaust.
There are 300,000 Jewish dead buried in the vast cemetery, which has paths radiating in all directions, some in a poor state of repair, others disappearing altogether into tangled undergrowth. My grandparents’ grave is in a remote and neglected corner and is anything but lavish.
Antal Halasz and his wife Jolan, née Gluck, were not wealthy or prominent. He was a businessman but not a very successful one. Their marriage was unhappy and they separated, to be reunited only in death. They didn’t perish in the Hungarian Holocaust: she died of cancer the year before, in 1943, while he was saved by his Christian business partner and lived until 1962.
I had to clear a lot of dirt and leaves off their grave in order to read the inscription. There are big cracks in the gravestone. Standing beside this humble, ruined resting place, I realised I’m the last generation to have any memory or knowledge of these two people. When I go, so do they, into the eternal void. That same place to which so many of their fellow Jews were consigned in 1944. It is the saddest spot I know.

Monica Porter is a London-based freelance journalist and author, who has written two books on Hungarian subjects – “Deadly Carousel: A Singer’s Story of the Second World War” and “The Paper Bridge: A Return to Budapest”. For more information see www.monicaporter.co.uk.