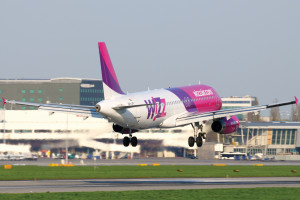 Budapest Airport ended 2015 on an all-time high, recording final passenger traffic numbers of 10.3 million, a resounding average 12.5% growth and over 1.1 million more visitors than in 2014.

While other European airports had an average growth of 5%, the Hungarian gateway was confirmed as one of the continent’s fastest growing airports. With several months breaking the one million passenger barrier, the upturn has been chiefly credited to the addition of three new airlines and 18 new routes, meaning 44 airlines connected Budapest to 95 destinations in 2015.
With a remarkable 22% growth over the last five years, Budapest is set to take 2016 by storm having already announced 13 new routes and the arrival of another new airline partner, Air Canada rouge. Significantly boosting the capital city airport’s links to Canada, the leisure carrier will add an additional long-haul service to Toronto from June 10.
Further increasing Budapest’s route network, home-based carrier Wizz Air will begin the summer season with the launch of five connections; Nice, Karlsruhe/Baden-Baden, Liverpool and Reykjavik/Keflavik, while welcoming the return of a direct link to Baku. The ultra-low-cost carrier has also announced it will be adding a further weekly connection to Spanish leisure destination Ibiza during the height of the season.
Meanwhile, Ryanair will be considerably broadening its schedule from Budapest, commencing services to Malaga, Malta, Gran Canaria and Corfu, offering 18 routes in total. 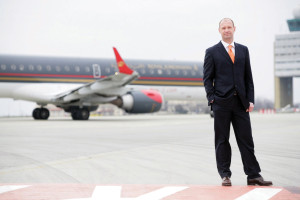 Fulfilling a long-standing wish for Budapest, easyJet will begin a thrice-weekly service to Lyon from April 26. Filling a significant white spot, the highly desired French city was the airport’s largest indirectly served destination in Europe.
Budapest Airport CEO Jost Lammers (pictured) said: “We are extremely proud of our great results. The airport’s incredible health last year allowed us to successfully deliver growth levels among the best in Europe.
“The city of Budapest’s own charm plays a great part in making the airport flourish, while being able to offer passengers a vast selection of airlines and expanding destinations remains a driving force for growth.
“We enter 2016 in a strong position and it remains imperative for us to continue to grow and build upon these solid foundations.”