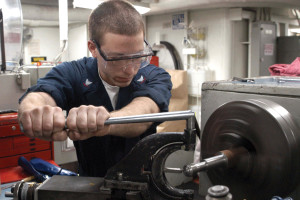 The Hungarian media has been haunted by the same issue for weeks: the fear that we might run out of workforce resources. This is the downside of the cheering news about “full” employment. There is another problem that has hardly been touched but will inevitably surface: the long-outdated wages are not going to win any prizes for sure.

Germany has been missing about at least 100,000 engineers for years, while in Hungary the “Together for the engineers of the future” organisation, which was founded by large companies, gave a conservative estimate of 4000 missing engineers already.
The really big fish on the market are using the help-yourself approach; they have just given momentum to the dual-education system in Hungary as well, following the German example. However, despite the high expectations hardly more than 400 students enrolled in dual studies last year. Only half of them decided for a technical specialisation and one in every eight opted for informatics.
Since parents prefer to send their children to a high school rather than a vocational school, the situation in higher education is not that critical. The staffing company Manpower calculates a deficit of 150,000 skilled workers in Hungary in the upcoming years, which can be mainly explained by demographic factors.
Today every third employer has difficulties finding the employees with the right qualifications. Someone with a high school diploma in the pocket does not really want to go for a skilled trade. For this reason the level of skilled work education is quickly falling, since the youngsters who are not able to get into a high school after finishing primary school are often lacking elementary knowledge – they can’t even read (meaning really comprehending reading) and write properly.
Students of vocational schools therefore are unable to meet the academic challenges and their failure rate at the final examination is now around 40-50%.

Only socialised in the working environment

So the tendency is that the companies are more and more seeking workers in a market that has less and less to offer due to demographic reasons, not even mentioning the number of employees in acceptable quality. While a couple of years ago the occupations suffering shortage were listed, today such a list has become obsolete simply because skilled workers are missing from all branches of the economy.
This is true in the service sector, for shippers and logistic companies, in traditional industrial occupations such as turners, lathe workers and engine drivers, not to mention trade or skilled workers who can drive a forklift or speak foreign languages.
Even though the human resources departments really don’t expect anything more than general knowledge from the schools, places such as Opel in Szentgotthárd are willing to teach the specific know-how to the applicants – if only they were motivated enough to learn.
The leader of Opel’s personnel department, Csilla Molnár, complained to weekly magazine HVG that the training of the still available potential labour force means more and more expense. Because of the highly modern and increasingly complex technology, the company cannot compromise on the employees’ level of competence – however, the people from the street need to be socialised for the working environment first.
In addition more and more companies are complaining that the government’s public employment program is denying them workers who would be able to handle tasks that can be trained simply. This is a damning indictment of themselves as well, because it means that the public employment programs paying less than minimum wage are still “able to compete” with the salaries paid by such companies.

While employers are dreaming about the good old times, many employees are receiving a salary that may seem like a bad joke to them. When students were working for McDonald’s at the beginning of the new millennium, they were much more motivated by their love for hamburgers than by the student salaries of HUF 500 per hour. However, even today many factories are paying only the same, as if time were standing still. We can’t really avoid calling that a ridiculous amount.
We are not talking about multinationals here; these companies have kept their employees on the production line by offering 20-30% more than the average salary in their sector. On the other hand, the increase in real wages among the companies celebrated by the Orbán government is not really relevant for the companies, for which the forint is not really more than an accounting unit.
In the time of the former Socialist governments the usual HUF/EUR rate was around 265, but it anchored at a new depth of 310 HUF/EUR around the middle of last year. As we do not have to fear any more changes in the economic policies at least until the 2018 parliamentary election, we can confidently prepare ourselves for a rate of 320-325 or even worse.
The Hungarian employees might take more home in a nominal amount year after year, however their net wages are only around EUR 500 on average according to the most recent statistics – mind you for a whole month.
As a comparison: In our rich neighbour country Austria people earn around EUR 2500 each month. In order to stop emigration, experts say Hungarians should be earning only about EUR 1000 less than the promise in the golden West, since this is the approximate amount that is eaten up by the higher costs of living west of Hungary.
In order to reach this level the average domestic salary level should be three times as high as it actually is. Most likely many workers would be satisfied with double, however the government and the employers both continue to hand out very meagre portions.
Such as, for example, decreasing the income tax by one percent, which the Ministry of National Economy supposes will enhance consumption. Or the haggling with the social partners over the percentages, which are of course the obsession of the unions, while the employers would like to have more flexibility in setting the wage levels.

The Hungarian labour market is not too generous in providing flexibility either. Not only the wages remind us of third-world standards, but the general conditions created by the allegedly so anti-liberal Orbán government as well. It begins with the unions, which already discredited themselves before the great financial crisis and cannot provide any backup if compared to the German conditions, for example.
They are so unable to represent their interests that IG Metall just launched a pilot project for Hungary with the aim of finally helping build up the representation of workers’ interests in the eastern EU countries. The project does not really aim at the multinationals but rather their suppliers. But who is going to pay the costs in the end?
Anyone with a decent job is earning around HUF 200-250,000 in Hungary today, and not the HUF 150,000 communicated as the average amount in the national economy. Along with the cafeteria benefits, bonuses and extra payments by the employers, families are able to make a fair living from this amount.
However, jobs paying a net HUF 80-100,000 are much more common. Buses are rolling in the night all over the country with poor fellows on board who are usually labouring up to 12 hours to be rewarded with hardly HUF 500 an hour.
For today’s society it’s not unusual to work in three shifts, but if the orders are coming in even four shifts are squeezed in. This means that the work schedule is constantly changing without taking the weekends into account – the weekends simply don’t exist for these workers.
Wasn’t there a law passed recently about banning work on Sundays? Well yes, politicians said that in the spirit of Christian charity Sundays should be free of work. However, they only meant the trade sector, since industry oriented for export markets still has to produce that gross domestic product.

Employees out in the rain

Now we can ask ourselves, which is more cynical: politics or economics? The fact that the employee is often really helpless against the circumstances produces extreme examples. One company, for example, “helped out” about a third of its employees when salary payments would have fallen on a weekend, and they received the news via SMS that their money had landed in their account on time.
However, the majority of the employees – in this specific case around 60 women and mothers – were not so lucky and had to wait until Monday to receive their money. Those families without any reserves had to survive the weekend.
The management of a renowned cosmetics manufacturer, whose shampoo brand was predicted to have a bright future after the political turn, left its remaining 85 employees fully out in the rain at the time of closing down business two years ago: no money and no papers for the loyal employees, who were not able to take on legal work since that time, according to the Hungarian law.
The union representatives reported just recently as a success story that the situation of these people will now finally be clarified. After two years they would receive about HUF 700,000 on average from the public salary insurance fund. As one representative commented laconically: “A little later than planned and a little less than we were hoping for.”