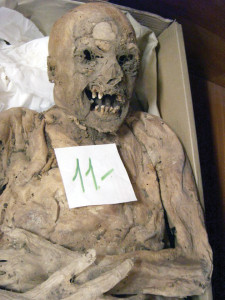 Cancers are the new epidemics of the 21st century. Instead of scores of people falling prey to infectious disease, we now have pandemic levels of chronic disease and cancer in every country of the world and whole nations of people taking prescription drugs. In particular, Hungary’s elderly are often over-medicated. Many doctors give out drugs liberally instead of recommending exercise and reducing bad fats, salt and sugar.

Hungary has one of the highest cancer rates for men compared with the rest of Central Europe.

Hungary is first place in female mortality due to colorectal cancer and leukaemia. Between 2000-2003, colorectal cancer accounted for 12% of all cancers affecting women and 13.0% of all cancers affecting men.  Rates for all types of cancers have been increasing every few years so that it is the second most common cause of death next to cardiovascular disease. It had become a major public health issue and up to date treatment vital in preventing new cases and saving lives. Using Hungarian cancer statistics, it has been estimated that in future years, 313 of every 1,000 newborn boys and 149 of every 1,000 newborn girls will die of a malignant tumour before they reach the age of 75 years, unless cancer prevention techniques are used and developed to counter the situation.

Modern day causes of cancer include radiation, carcinogenic chemicals, viruses and bacteria, emotional stress, noise, vibration, inflammation and poor lifestyle choices like smoking,lack of exercise, processed food and obesity. In Hungary, high rates of smoking, alcohol consumption and differences in standards of care for cancer patients in different areas of the country.

It has been widely assumed that the cancer crisis is a direct result of all these different, 20th and 21st century activities, but an 18th century Hungarian mummy could turn that theory on its head.
Between 1731-1838, middle-class families and clerics were laid to rest in crypts in church. Due to low temperatures and ventilation, most of the bodies didn’t rot and mummified, leaving a valuable record about ancestary and genetics for scientists. More than 265 mummies were excavated from the Dominican Church in Vác, Hungary in the mid-1990’s so that their tissue samples could be preserved and used to advance science.
A team from Tel Aviv have been looking at samples taken from an 18th century mummy in the hope of adding to their understanding of the causes of colorectal cancer so that they may develop more effective treatments.

Dr. Rina Rosin-Arbesfeld from the Department of Clinical Microbiology and Immunology at Tel Aviv University, heard that Tuberculosis had been discovered in the crypt mummies and she wondered whether they might yield information about colorectal cancer.

“Colorectal cancer is among the most common health hazards of modern times”, she said, “And it has a proven genetic background. We wanted to discover whether people in the past carried the APC mutation — how common it was, and whether it was the same mutation known to us today. In other words: Is the increase in the incidence of cancer the result of man’s manipulation of nature alone?”

Her hunch paid off when she and her team discovered a mutated colon cancer gene in the more than 200 year old mummy. Finding the mutated gene in a Hungarian citizen that old means that having a genetic pre-disposition to cancer may have existed prior to the industrial revolution and modernization. Our fast food diets, pollution and lack of physical exercise may have less to do with the current epidemic than previously thought.

Faulty Genes and a Bad Environment: The Perfect Storm?

More likely, it could be that certain environmental factors prevalent today can trigger the development of tumours in people who have inherited the mutated gene from their ancient ancestors.
Only one mummy studied had the mutated gene so the researchers need to identify more individuals with it before they can draw any firm conclusions so in response to this, Tel Aviv University are setting up a lab specifically for the research of ancient DNA in the hope that they may one day be able to develop new gene therapies for colorectal cancer and other cancerous diseases.