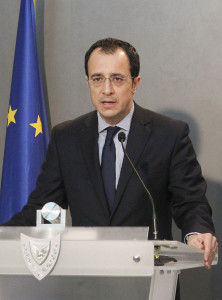 Following the March 2013 unparalleled decision to use the “bail-in” instrument for the first time as a remedy to the Cyprus banking crisis, very few could have predicted that three years later Cyprus would register economic growth of 1.6%, a nearly balanced budget with a primary surplus of around 2.5%, a steadily reducing public debt and a well-capitalised banking sector, and that the country would not be requesting an extension of the support programme.

In fact, Cyprus is now referred to as a role model of economic reform and consolidation. Key to this success is the fact that Cyprus managed to successfully turn the crisis into an opportunity to effectively address and correct long-term weaknesses, and to rebuild a strong economy anchored on solid foundations.

This was done not by increasing taxes but rather by cutting public spending, freezing new hiring in the public sector and rationalising welfare spending through completely reforming the welfare system.

A policy of privatisation and licensing encompasses the ports, an integrated casino resort, new marinas, the national lottery and partially the telecoms sector. The banking sector has been transformed through restructuring, resulting in a smaller yet much healthier sector, which operates under stricter supervision and oversight.

Government spokesman Nikos Christodoulides said that with strong recapitalisation, achieved mainly through significant foreign investments, and with new management in most of the Cypriot banks, it is fair to say that the banking system has turned the page. 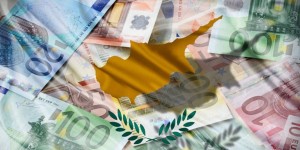 Equally significant, if not more so, is the strategic reorientation of the business and financial services sector, which no longer relies on an oversized banking sector, nor on notably high foreign deposits.

Christodoulides said that notwithstanding the leaps of progress, it is certainly acknowledged that challenges remain, such as high unemployment and non-performing loans. As Cyprus decisively continues to reform and restructure, the country is confident it will overcome the remaining challenges.

He said that in the past three years, Cyprus has proven it has learned from past mistakes, its economy and people are resilient, it has the commitment and the capability to build and sustain a stable economy, and to be a credible member of the EU and the eurozone.

The results of this effort had undoubtedly been a product of close co-operation between the government, political parties, social partners and above all the Cypriot people. This collective effort would continue.

The completion of the aid programme was therefore not the end of the road for Cyprus but signified the continuation of its plans, with a strong emphasis on sustainable reforms.