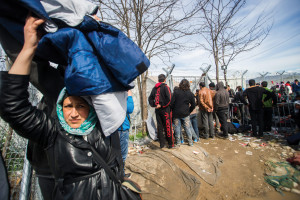 The signs of the arrival of a new wave of migrants to Europe can already be seen, therefore the southern border of Hungary might come under strong pressure once again. The Orbán government tries to take advantage of this situation in its own interest of retaining power both in the domestic and European political arenas. Part one of an analysis of the left-leaning Political Capital.

The government trying to take advantage of the migrant situation is what the referendum on quotas is about. This keeps the issue on the agenda at home and aims at the destabilisation of the European Union internationally.
A politically strongly integrated European Union that is expected to distribute less money in the future, while at the same time raising its voice against systemic corruption and the erosion of rule of law, is not in the interest of the Orbán regime. Political Capital’s recently released study deals with the prelude of the situation, the experiences of Hungary with the migrant crisis in 2015, and the special position of Hungary with regards to migratory processes.
Taking the position the Orbán government did in the migrant crisis in 2015 was facilitated by the peculiarities of migratory processes. During the migrant crisis Hungary turned into a “country at the frontlines” without becoming a destination country, so the refugees did not actually want to settle in Hungary.
In the first months of 2015 the migratory pressure was in fact comparable to that on Greece and Italy, however all other indicators of migration stayed the same as those of other Eastern European states not affected by the crisis. This special situation led to several important consequences.
1. The refugee arrivals did not correspond to the migration patterns previously experienced by the Hungarian public. Presumably one can trace the political hysteria whipped up by the refugee crisis and its larger-than-expected impact and explanatory power to the xenophobic government campaigns appealing to public apprehensions that preceded it.
2. Within global migration patterns, various European countries are attached to distinct, historically evolved subsystems. Within these, in genuine “destination countries” there are migration networks that those successively arriving can join. In some places these networks are based on the country’s colonial past (e.g., France), in others on a well-established guest worker system (e.g., Germany) and in others they are based on seaborne refugee routes, which are better established than land routes. Hungary is unique in this respect, so the Orbán cabinet could come up with measures (e.g., border closings) that would have worked with less effectiveness in other places.
3. Due to Hungary’s unique position, the cabinet’s refugee and migration policy has become relevant in the international arena as well. The Hungarian government was right to point out that, for a long time, EU officials paid exclusive attention to Italy and Greece receiving refugees through maritime routes, and ignored that Hungary was also exposed to severe pressure from those using land routes. This has been acknowledged by the EU and core country leaders, and as a result the European Commission recommended in late September that Hungary also receive preferential treatment along with Greece and Italy, such that it would not be required to admit anyone and that other Member States would take in 54,000 refugees currently in Hungary. However, also due to its unique position, and despite its preferential status in the EU, the government rejected the EU’s mandatory refugee redistribution quota system. In a country where 98% of immigration procedures are dropped because the applicant leaves the country, easing other Member States’ burdens through the quota system offered Hungary few lasting benefits. This also explains why Hungary (which, along with the other Eastern European countries, was not severely affected by the refugee crisis) rejected the quota system.
Looking at the refugee crisis from Hungary, it can be seen to have two dimensions, one involving domestic politics and one involving international politics. This paper examines these two mutually connected levels in the context of political risks that pose a threat to European integration.
At the domestic political level, the Orbán government, which was on the defensive at the end of 2014 and in early 2015, has regained political initiative by essentially promising “zero admission” to asylum seekers and increased protection for both the Hungarian and EU external borders due to increased arrival rates.
Nagging corruption cases, governance failures and conflicts within the governing party have been relegated to the back burner of the Hungarian public discourse, and since last spring the political agenda has essentially been dominated by the refugee and migration issue. With respect to refugees and migration, those right-wing media that are owned by Lajos Simicska, Orbán’s erstwhile ally turned enemy, have now lined up behind the government despite their harsh criticism of the cabinet following the row between the two men. This position is also shared by Hungarian society generally, which – as in other Eastern European countries – is essentially hostile to both migrants and refugees. 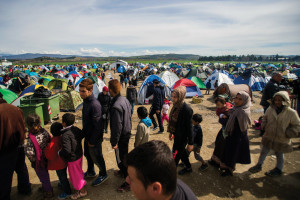