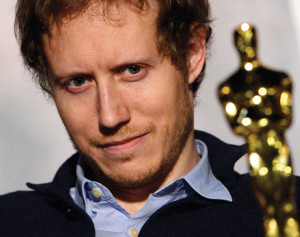 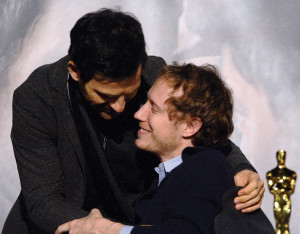 Presenting the Holocaust “from an internal point of view” to gain an understanding of what it was like to be a victim of the tragedy is the essence of the Academy Award-winning film “Son of Saul”, László Nemes Jeles, its director, has said. “It is amazing to see how happy people are about the Oscar,” the director said. Nemes Jeles said he spoke with Oscar-winning director Steven Spielberg at the recent Oscar ceremony, with the legendary filmmaker telling him that “Son of Saul” is “an important film” which had contributed to the collective remembrance of the Holocaust. Lead actor Géza Röhrig said that even before the Oscar ceremony he felt like he was in Los Angeles as “the Saul of 15 million [Hungarians]”. Producer Gábor Sipos said the cast and crew were touched by the amount of support they received going in to the ceremony. Zoltán Vági, the film’s historical consultant, said the Hungarian Jewish Museum and Archives will launch the Children of Saul programme focusing on identifying the names of the 100,000 Hungarian Jewish children exterminated at the Auschwitz-Birkenau death camp in the early 1940s. Nemes Jeles will be the chief patron of the programme. 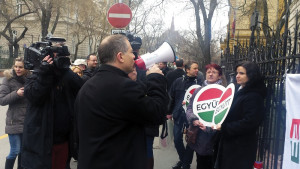 The opposition Együtt party last week called the police to the premises of the state-owned Centre for New Generations Non-Profit LLC, saying that it failed to allow the State Audit Office (ASZ) access to documents for an audit required by law. ASZ said it sought to conduct an audit of asset management and finances for 2011-2014 as required by law to assess their effect on government sector debt. However the company rejected to provide the requested documents over which the audit office filed a report at the prosecution, ASZ said. The company rejected ASZ’s claims, insisting that it has provided the audit office 3500 pages of documents and 1.5 GB of data, adding that some of the documents “had been damaged by the downpour on August 17 last year”. The company said it had informed ASZ of this, and it would provide all details once efforts to restore documents yield a result.

Varga has plan to boost industry

Minister of National Economy Mihály Varga has unveiled a plan to boost the economy over the long term. Presenting the “Irinyi plan” for industrial strategy, Varga said the government intends to boost the proportion of industrial production relative to economic output to 30 percent by 2020 from the current 24 percent. He said the main thrust would be to strengthen national industry, build up innovation, aid job creation and support the competitiveness and export potential of domestic companies. This would all strengthen the economy’s resistance to crisis. The Irinyi plan will contribute to modernising the structure of industrial production and increased value-added, Varga said. Currently industrial production makes up 17 percent of GDP in the European Union and the EU wants to increase this to 20 percent. In Hungary, industrial production increased by 7.5 percent last year, which shows that the nation’s industry is capable of sustainable and well-balanced growth, Varga said. Industry was a “pulling sector” in the economy.

HUF 7bn set aside for swimming 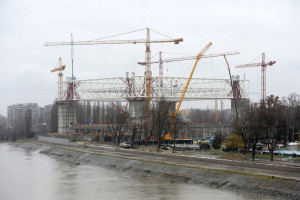 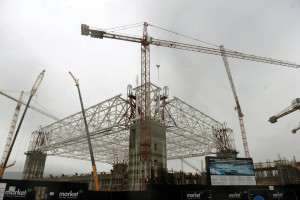 The government has ordered the transfer of 7.141 billion forints in this year’s budget for sports developments connected to the 2017 FINA World Championships in Budapest, the official gazette Magyar Kozlony has announced. The money will be transferred from the allocation for a National Olympic Centre development project to the modernisation of water sports facilities and selected clubs’ development projects. The national economy minister and the development minister have been instructed to ensure that 1.362 billion forints are allocated for the same purpose during the planning of next year’s budget. The affected development projects include swimming pool complexes in Budapest (pictured) and in Balatonfűzfő in western Hungary.

Cops to cut a dash

The Ministry of the Interior has been negotiating with several renowned fashion designers – such as Nubu, Tomcsányi Dóri or Áron Eszter – for one of them to design a new police uniform, five of the designers contacted by the daily Magyar Nemzet have confirmed. So far no actual deals have been finalised with first drafts planned to be presented at some point in the coming months. The ministry declined to speculate on the cost. The current law enforcement uniforms date from 2007.

A review of the classified United Nations documents on Hungary’s 1956 anti-Soviet revolution is under way, and many of the files will soon be released to the public, Katalin Bogyay, Hungary’s permanent representative to the UN, told public Kossuth Radio on Tuesday. Bogyay said Hungary had been pushing for the release of the documents for over a year, adding that there are many documents whose existence is unknown to this day even to historians. 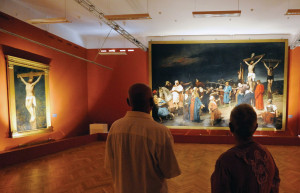 Hungary’s national heritage authority, the Forster Centre, has declared that Munkácsy’s “Golgotha” painting should come under national protection in a non-appealable ruling, daily Magyar Idők reported on Tuesday. As such, the painting cannot be exported unless a special permit is obtained, nor can it be removed from Debrecen’s Déri Museum where it is currently held. Its protected status also ensures a purchase option to the Hungarian state. The National Bank of Hungary earlier made an offer of USD 6 million to buy the painting from Imre Pákh, who had asked for USD 9 million. The Forster Centre passed its first decision to include “Golgotha” in the list of protected artwork last November, which the New York-based owner appealed. In June 2015 the cabinet office initiated a procedure to prevent “Golgotha”, on loan to Déri Museum, from being removed from the country. The state owns “Ecce Homo!” and “Christ Before Pilate”, the two other pieces in Munkacsy’s trilogy. The latter painting was purchased with funding from the central bank’s programme to buy national art treasures.