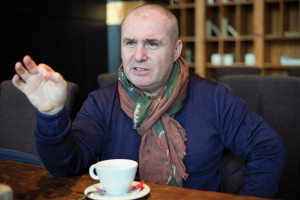 The Volkswagen-Dining Guide is one of the most important restaurant guides in Hungary. The 12th annual “Who’s who” of the national gastronomy scene was published at the end of February.
Those places that did not make the selection of 220 restaurants presented in the book are not worth visiting, the publishers say. The restaurant tests were organised by restaurateur Zoltán Herczeg this year. He shared his experiences with The Budapest Times.

The recent glamorous gala in Larus Restaurant was a big day when you presented the results of your recent tests. How was the evening?

The gala is one of the most important events on the Hungarian gastronomy scene. Around 350 guests included important star chefs, restaurant owners and celebrities working in other branches, and even some prominent politicians. The wife of our prime minister, for example, was present, though the event is politically neutral of course. The best ten restaurants of 2015 were presented and awards in individual categories, such as the prize for the most innovative kitchen, best streetfood, and chef of the year, also the most talented young chef. However, the most important prize of the year is still the Volkswagen-Dining Award for the Restaurant of the year, which went to Onyx. Finally we presented the new edition of the “Volkswagen-Dining Guide TOP 100“, which is published in book format.

What can the readers expect from the 12th edition of the restaurant guide?

Our aim is to provide people with knowledge and hand them a reliable compass on the Hungarian gastronomy scene. We present 220 Hungarian restaurants in total, which stand up to our requirements and provide good gastronomy. As well as those institutions that made it to the ranking of TOP 100 there is another section for restaurants that did not do so but we still recommend them. Another section of the book is about the best offers in the territory of the more and more popular streetfood branch.

Are the restaurants and offers suggested in Budapest, or are there also some recommendations for other larger towns around the country?

Yes, there are others too. Unfortunately I have to admit that about 85-90% of the recommendations are in Budapest. The gastronomical potential of the country concentrates in the capital. The section about streetfood concentrates on different culinary hotspots in Budapest, such as the area around the ruin bars in District VII or Deák tér.

As the leader of the testing group, you have organised the anonymous restaurant visits and evaluations. What was the result? How could you make sure that you stay objective?

This is a very difficult question of course. It was important for us to stay very objective last year and come to a result that is void of external manipulations. In order to achieve that we have developed a new even more professional evaluation system. It’s based on an evaluation system used in Italy (Espresso) and rates on the scale of 100 points instead of the previously used ten- or 20-point scales. This allows us to get a more meaningful assessment. We had 12 testers in total, three foreigners among them, who visited and evaluated all the restaurants for us. It was an important aspect that none of them work actively in the gastronomy branch. Most of them are people in high positions with a good educational background, who are privately very interested in restaurants and have an international dining experience as well. Of course we trained them first so that they know what is important and how a good meal is composed. 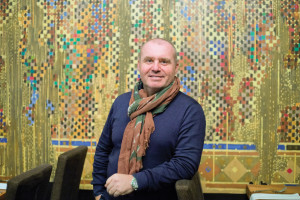 And what is it? Isn’t eating really about the subjective taste of each individual? How can you make an objective judgement about that?

There are numerous objective criteria to be considered: One of the most substantial ones is whether they are using high-quality, fresh ingredients. Next up is the composition of the ingredients and the proportions on the plates. Let’s take the Wiener schnitzel as an example: The schnitzel itself should be the centre of attention. The garnishes and additions can’t be allowed to steal the show from the meat itself. The evaluation also takes into account the technique with which the dishes are prepared. How demanding is it? Does it match the used ingredients? Last, there is the aspect of the innovation: nowadays it’s important for quite a lot of people to eat a balanced meal, so we asked our testers to take into account the proportion of protein, carbohydrates and fat in each dish. This has a lot to do with how innovative the kitchen is. Innovative does not mean that they don’t prepare traditional dishes, it means that they pay attention that the dish corresponds to the requirements of modern people. The most important aspect of the evaluation was still the taste, of course. In order that we can make a reliable and evenly objective judgement about a restaurant, we often sent even four testers independently from each other to one restaurant. Finally, we compared the evaluations and formed one common judgement based on all of them. When the evaluations were very different from each other, we sent two testers again, who paid attention only to the disputed aspects. So step by step we found the TOP 100, then the TOP 50 and the TOP 30 restaurants. For the process of ranking the last 30 restaurants we asked for the additional expert judgement of the renowned Italian two-star chef Nicola Portinari.

What did Mr. Portinari think about Hungarian restaurants?

As he sees it, the domestic gastronomic industry lacks regionality. When he arrived, we prepared 24 typical Hungarian dishes for him so he could get an impression about the national cuisine. When he came back from the test visits in the 30 best restaurants he complained that he did not come across even one typical Hungarian dish. In his opinion, these restaurants could be anywhere in the world. However, he really liked what he tasted.

Where can we buy the Restaurant Guide and will it be published in English as well?

The Volkswagen-Dining Guide TOP 100 is available both in Hungarian and English, at regular book stores, newspaper stands and petrol stations for HUF 1600. First we are planning to publish 10,000 copies. For the future we plan to publish it as a free application for smartphones. The application will allow searching for restaurants in the proximity in two languages and downloading the matching Dining Guide evaluations for them.