Vodafone has scrapped its roaming charges in the European Union for all new corporate and retail subscribers. The same conditions now apply as for domestic calls. Existing clients will be given the chance to switch to new subscription packages free of administration charges and with no mandatory extension of their contract period. 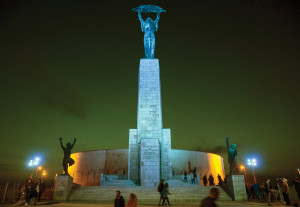 A local court in Debrecen has fined a politician of the far-right Jobbik party for denying the Holocaust in public. Tibor Ágoston, a deputy of the city’s local government, was fined 750,000 forints for referring to the Holocaust as being a sham, applying phrases that distorted the word “Holocaust”, the court’s press secretary, Márta Szajkó, quoted the chief judge as saying when announcing the binding ruling. Ágoston made the remarks at an event organised by the local chapter of Jobbik in January 2014 to commemorate Hungarian soldiers who died in the Second World War. The court rejected his explanation that the wording he had used was “unfortunate”. Under Hungarian law adopted in 2010 a denial of the Holocaust and of crimes by the Nazi regime in public is punishable by up to three years imprisonment. 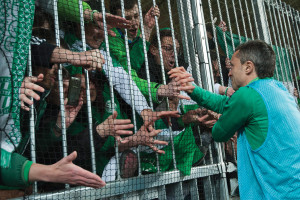 Ferencváros wins football championship, irrespective of the outcome of the last six rounds

The Hungarian Islamic Community has celebrated the centenary of Islam becoming a lawfully recognised religion in Hungary. “In the wake of the bombings in Paris, Brussels and Pakistan, it is necessary to speak responsibly and make a distinction between religion and radicalism, between those practising their religion and extremists,” deputy state secretary for church relations László Hegyi said. Those pursuing their Islamic faith do not suffer any disadvantage in Hungary, he added. US Ambassador Colleen Bell told the event that acts of terrorism raise fears and encourage people to demonise certain social groups. But if fear is allowed to prevail then the terrorists win, and this must not be allowed, she said. Minister of Human Resources Zoltán Balog told a conference earlier in the day that there is a need for dialogue with Islam, and for this partners are required. “We are at war but not with Islam as a religion, a culture or community; we are at war with those who organise forces from the community of Islam by stealth and want to keep them fearful and change them forever and occupy Europe in the name of Islam,” Balog said. 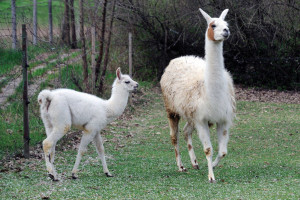 The Archabbey of Pannonhalma has shed light on a 20-year-old case of sexual abuse involving a former teacher at the abbey’s boys’ boarding school. Prior Cirill Hortobágyi said that last summer a former pupil filed a complaint against a former teacher, a monk, who is now over the age of 70. Hortobágyi said the monk had confessed and turned himself in to the district prosecutor in Győr at the request of Archa3bbot Asztrik Várszegi. The prosecution had determined that a crime was committed but did not press charges on the grounds that the case, in 1996, had lapsed. Hortobágyi said that as there is no statute of limitations in such cases under Canon Law, the archabbey had sent the documents detailing its interior investigation to the Vatican’s Congregation for the Doctrine of the Faith. In a resolution filed recently, the Congregation ordered the monk to withdraw from society to lead a solitary life. Hortobágyi said the monk accepted this and asked for the forgiveness of those he had hurt. Várszegi said the case had “shocked” the entire Pannonhalma abbey, which would follow Pope Francis in asking for the forgiveness of all victims of sexual abuse by Catholic priests. 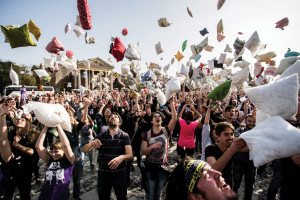 Slovak criminal Jozef Rohac has been sentenced to life imprisonment for his role in the Budapest Aranykéz utca bombing that claimed four lives in 1998, the murder of Hungarian media mogul János Fenyő in the same year and the murder of underworld figure Ferenc D in 1996. The ruling by Budapest Regional Court in the joint trial of the three cases is appealable. Businessman Tamás Portik, notorious for illicit oil deals in the 1990s, was sentenced to 13 years in prison for his role in the crimes. Rohac will be eligible for parole in 30 years at the earliest. 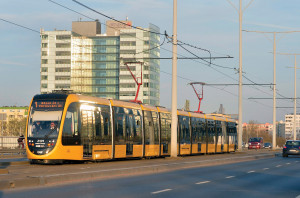 The ruling Fidesz party will start renovating its national party headquarters in Budapest at the end of September, Fidesz deputy head Gábor Kubatov has told Magyar Hirlap newspaper. The architecturally notable art-nouveau building just off Heroes’ Square on Lendvay utca will serve as the party’s centre for building community relations, and will contain a state-of-the-art conference room. Plans are for Fidesz to direct its 2018 general election campaign from the building, the paper said. Kubatov said that given the proximity of the headquarters to City Park and other landmark sites, it behove the party not to allow the building to fall into rack and ruin. The cost is expected to be 460 million forints and will be partially paid for out of the party’s reserves and from a loan. 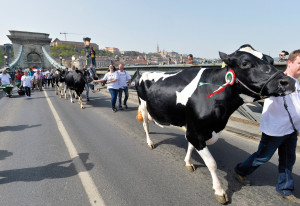 The strike committee of three teacher trade unions will consider calling a one-day strike unless agreement “on some important issues” is reached at talks with the government this Monday, the head of the PSZ union, Piroska Galló, has told commercial broadcaster TV2. Galló said unresolved issues included the future of central school manager KLIK, concerning which the government has not communicated a clear position. She said it was also important to clarify how schools would be run and what powers headmasters would have, how the burden on teachers and students could be reduced and whether schools would be given the freedom to select their own textbooks.

The Hungarian government’s information technology network was repeatedly attacked from foreign servers over the past 24 hours but the attacks had been thwarted, the Ministry of the Interior said on Saturday. The attacks had been in several waves and in the range of thousands.