State-owned postal company Magyar Posta will modernise high-traffic post offices and find “cost-efficient solutions” for the operation of smaller ones, chairman-CEO Zsolt Szarka has said. The infrastructure at many of the low-traffic post offices costs a lot to run, and renovating the several hundred offices would come to HUF 4-5 billion, Szarka said. Such post offices stand empty for about five hours a day, and at more than 400, the number of letters mailed averages just one a week, he added. Magyar Posta’s capital expenditures had come to HUF 25.2 billion in 2010-2012 and HUF 33.6 billion in 2013-2015; still, 600 post offices operated entirely offline. State secretary Zsuzsa Németh said the number of staff to be affected by rationalisation would be under 1000 of the 30,000 employed by Magyar Posta. Staff at some 300 post offices are already outsourced, she added. 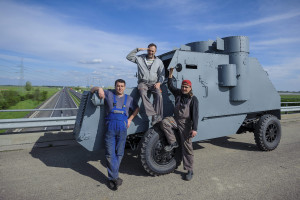 A memorial to Hungarian forced-labour victims during the Second World War was inaugurated at Teleki tér in downtown Budapest on Sunday, to mark Holocaust Memorial Day. The square was earlier a central market place for the Jewish community, János Fónagy, a state secretary, said at the event, noting that trains transporting Jews from Budapest to Auschwitz left from nearby Józsefváros station during the Holocaust. Ilan Mor, the Israeli Ambassador, said at the event that the memorial is a true reflection of history and serves the victims a historic justice. György Szabo, the president of the Hungarian Jewish Heritage Endowment, said the memorial pays tribute not only to forced labourers but all other innocent people who were sent to die from there. Since 2001 Hungary marks April 16 as Holocaust Memorial Day, this date in 1944 being when the incarceration of Jews into ghettos began in Transcarpathia (now western Ukraine). This was followed by deportations of hundreds of thousands of Hungarian Jews into concentration camps in Austria, Germany and Poland. 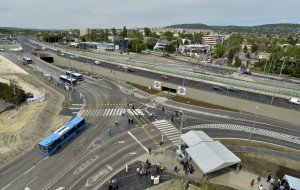 Hotel Füred, in Balatonfüred on the shore of Lake Balaton, has reopened following a HUF 4.6 billion renovation. The 13-storey hotel has capacity for almost 400 guests and a restaurant that can seat 300, said owner János Czigele. A European Union and state grant covered HUF 1.6 billion of the cost, state secretary Nándor Csepreghy said, adding that the conference room, with capacity for 800 people, could bring guests to Balatonfüred in the off-season, too. The hotel stood vacant for years before the renovation. 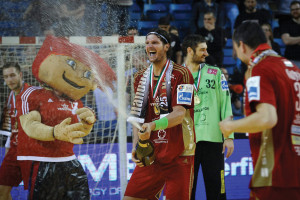 A large crowd of people, including diplomats, participated in the March of the Living, which commemorates the victims of the Holocaust, in Budapest on Sunday. The march held for the 14th time began at the Dohany utca synagogue and proceeded to St. Stephen’s Basilica. There the commemorative event was addressed by main speaker Géza Röhrig, the lead actor in László Nemes Jeles’ Academy Award-winning film “Son of Saul”, along with representatives of Hungary’s historic churches and the Israeli ambassador. Röhrig said the Holocaust and Auschwitz fundamentally changed human norms in two distinct ways. For one, it brought to the surface the horrific acts humans are capable of committing against one another. Secondly, it demonstrated how far God allowed people to go in their actions without intervening. “Our perceived images of ourselves and God changed forever,” Röhrig said. “Auschwitz is to history what the theory of relativity is to science: nobody understands it but it affects everyone.” This year’s commemoration marked the first time the March of the Living was addressed by representatives of Hungary’s historic churches. 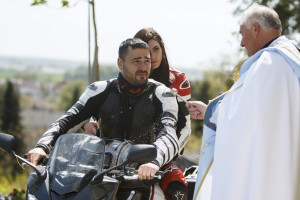 Priest blesses riders at the beginning of the biking season

Passenger numbers at Hévíz-Balaton Airport are set to rise to about 25,000 this year from 22,000 in 2015, Tamás Glázer, the deputy-CEO of state tourism agency Magyar Turizmus, said on Saturday, welcoming the first Lufthansa charter of the season from Frankfurt. The number of charters from Turkey will increase and flights from Moscow will restart from July, said Gábor Papp, the mayor of Hévíz, which operates the airport. “Tens of millions” of forints are spent on the airport’s operation each year, though Magyar Turizmus and the National Development Ministry regularly contribute support, Papp added. In addition to the Frankfurt charters, Belgian airline VLM is operating flights to Héviz from Dusseldorf, Friedrichshafen, Berlin and Hamburg, while Salamon Reisen is organising charters from Dresden, Leipzig and Erfurt, the mayor’s office said. Green travel is raising the number of charters from Turkey from 11 to 16, and Russia’s Utair is expected to operate 20 flights between Moscow and Heviz-Balaton Airport, it added. Hévíz, home to one of the largest thermal lakes in the world, is among the most popular destinations in Hungary for foreign visitors. 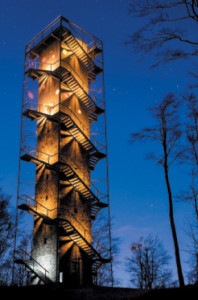 VAT cut ‘must be passed on’

The government will require internet service providers (ISPs) to pass on a planned VAT cut to subscribers, the prime minister’s commissioner for the Digital Welfare Programme, Tamás Deutsch, has said on public television. Legislation reducing the VAT rate for internet services from 27pc to 18pc from next year will also contain a “legal guarantee” that ISPs will pass on the savings to subscribers, Deutsch said. Subscribers would save HUF 13-15 billion because of the measure but their growing number could offset the resulting drop in budget revenue. ISPs will also be required to offer even cheaper base packages from next year, he added.