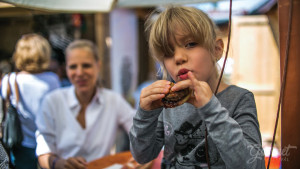 The best of everything is the promise of the OTP Bank Gourmet Festival, which awaits foodies with creations of all sorts by the country’s best chefs, who will also be focusing on two particular ingredients: game and fish. 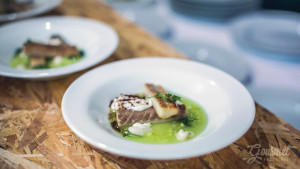 Gourmet Festival has become known over the years for its cavalcade of tastes and high standards, bringing the best flavours from around the country to one place. Connoisseurs of the culinary arts expect to find the best gourmet restaurants from not only Budapest but also the countryside, as well as top wineries, pálinka distilleries, breweries, confectionaries and so on.
The decision to spotlight game and fish courses is because the prestigious Bocuse d’Or gastronomy competition will hold its Selection Europe 2016 in Budapest on May 10 and 11, immediately before the Gourmet Festival on May 12-15, and red deer and sturgeon will be the main ingredients. 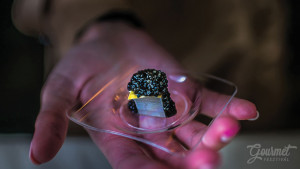 The festival will also host a farewell breakfast for the 20 teams from different countries pitting their skills against each other in Selection Europe, the so-called Breakfast of Champions. Károly Gerendai, founder of the festival, said: “It is a huge honour for us to co-operate with this world-famous event as it is a wonderful possibility for the representatives of the Hungarian gastronomy, as the best chefs and international press can get to know the first rank of the Hungarian cuisine.”
Festival visitors won’t miss anything because the chef representing Hungary and his team will cook on the stage and there will be an exclusive Bocuse d’Or dinner, available upon reservation.
Besides Budapest and the countryside’s best restaurants and the given ingredients of game and fish, there will be much more on the table: selected streetfood stands from the capital, new wave confectionaries, the best Asian flavours, and talks and shows to complete what ought to be a notable culinary experience.