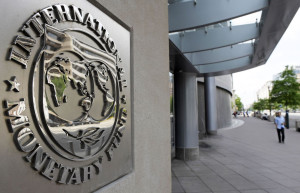 “Increased market confidence and enhanced competitiveness would lift private investment, including from abroad. Labour market reforms would increase participation, particularly that of women and the low-skilled, also supporting higher growth,” the IMF said in the report, compiled after an Article IV Consultation in Budapest from February 3 to 15.
“Under this strategy, growth could accelerate to more than 3 percent over the medium term, the investment ratio could reach pre-crisis levels, and the public debt ratio could fall gradually to around 60 percent.”
The IMF’s Executive Board noted in a summary that high debt levels and financing needs leave the economy vulnerable to shocks, and said the country’s medium-term growth prospects “appear subdued”. The directors underscored the need for policy actions to further reduce vulnerabilities and boost medium-term, private sector-led growth.
The IMF directors said priority should be given to “improving the composition and efficiency of public spending, broadening the tax base and rationalising the tax system”, allowing a further reduction in sectoral taxes and higher infrastructure spending.
The directors “stressed the importance of structural reforms to improve the business climate and increase potential growth”. They called for “efforts to reduce the regulatory burden, enhance policy predictability, and limit state involvement in the economy”.
The IMF said Hungary’s fiscal policy is “turning expansionary” and warned that authorities’ medium-term budget plans would “leave public debt elevated”. Specific fiscal reforms “are yet to be elaborated” and it noted that the cost of a recently launched home purchase subsidy scheme is “subject to large uncertainty”.
Health and education spending “have a long history of under-budgeting” and the state’s “ambitious” investment and acquisition plans “would have to balance against rising pressures for further tax cuts”.
The IMF’s baseline scenario shows the structural deficit around 2 percent of GDP over the medium term and state debt declining to “just below 70 percent”, though exposed to “considerable risks”, particularly lower GDP growth, higher interest rates and growing contingent liabilities.
The fund said Hungary’s monetary policy has been “appropriately accommodative” and welcomed the National Bank’s commitment to maintain adequate reserves. It acknowledged that banks’ lending to the private sector remains “subdued” but said additional measures to promote lending “should properly consider the risks and be time bound”. Improving financial intermediation should also entail a lower state presence in the banking sector, the report added.
It put Hungary’s medium-term GDP growth at 2 percent, still under that of the country’s neighbours. “In our view, this reflects an adverse business climate on account of, among other, frequent and unpredictable policy changes and a still high level of sectoral taxes, low productivity and continued weaknesses in the labour market,” according to the report.
The IMF noted that Hungarian authorities were “more sanguine” about growth prospects over the medium term, citing the continued improvement in fundamentals that helped Hungary regain market trust. Although the authorities acknowledged vulnerabilities stemming from high debt and financing needs, they viewed risks to the outlook as “broadly balanced”.
The Ministry of National Economy said the IMF report reflects a significant decrease in Hungary’s financial vulnerability and an increase in economic strength. The IMF experts and the executive board have praised Hungary’s economic performance, highlighting dynamic growth, the drop in unemployment and the repeated efforts to reduce the economy’s external vulnerability, the ministry said.
It said that according to the IMF, these efforts need to be continued and conditions further improved to boost the business environment and competitiveness.