The 2017 budget bill allocates HUF 5 billion to remove the railway yard of the capital’s Déli station, though not the station, from the rail network and expand capacity at Kelenföld station in the south of the city. “The allocation will be used for investments to expand the capacity of Kelenföld station and separate the railway yard of Déli station from the railway network and transfer the area to a new asset manager for preparations for construction work,” according to the bill. The government earlier mandated ministers to draw up a study on the impact of shutting down Déli and expanding Kelenföld and draft a concept for the station’s conversion into a sport and recreation centre. Kelenföld station lies on the terminus of Budapest’s Metro 4. 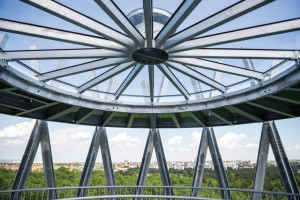 The death rate in Hungary is the fifth highest in the European Union and 70 percent higher than the EU average, a fresh report by the Central Statistical Office (KSH) shows. Fully 127,000 people died in Hungary in 2013 compared with 107,000 in Portugal and 109,000 in the Czech Republic, which have smaller populations than Hungary, KSH said in its Hungary 2015 report. Preliminary data indicate that the death rate in 2015 rose 4.2 percent compared with 2014 but the infant mortality rate per 1000 live births was 4.1 percent, down by 0.05 percentage points. Data from 2014 indicate that Budapest residents have a higher life expectancy than people who live in rural areas. KSH also found a clear correlation between mortality and educational attainment. Men with basic schooling were shown to have an average life expectancy of 65.3 years while women in the same category were expected to live 75.7 years. Men with higher education degrees had a life expectancy of 77.2 years and women 81.3 years. 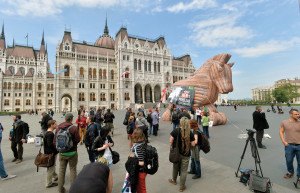 The government will discuss the schedule of introducing standardised plain packaging for cigarettes following a decision by the European Court of Justice, Minister in Charge of the Prime Minister’s Office János Lázár says. The court has ruled that a 2014 European Union directive on tobacco products, mandating the standardisation of packaging, and a future EU-wide prohibition on menthol cigarettes and the special rules for electronic cigarettes are lawful, Lázár said. The government earlier raised the idea of introducing plain packaging for cigarettes in June 2015. With the court ruling in addition to packaging rules, the possibility of banning menthol cigarettes and electronic cigarettes can also be considered, Lázár added. 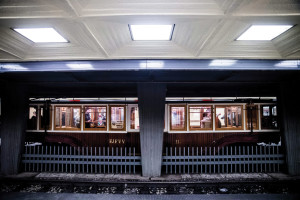 Varosliget Zrt, the company managing Liget Project, a scheme involving construction of a museum quarter in Budapest’s City Park, has welcomed a resolution by the district council supporting the project and called on mayor Gergely Karácsony to come up with a “co-operation proposal”. In its resolution, passed on April 28 with a two-thirds majority of ruling Fidesz and opposition Socialist deputies, the council voted to support the contested project provided that “park functions are retained and renewed” with an increased green area. The resolution obliged Karácsony, of the opposition Dialogue for Hungary party, to sign a co-operation agreement with the project company before May 31. The mayor, however, said he wanted to use his veto against the decision, which he said was “entirely against” his own principles and the environmental programme of the local leftist coalition. The local Fidesz group said Karácsony had apparently “not managed to grasp” that the body has repeatedly expressed support for the Liget development. On April 24, over 500 people protested and demanded that plans to change the park be dropped. Participants voiced concern over the felling of trees to give way to construction and said the new structures would destroy the popular park. 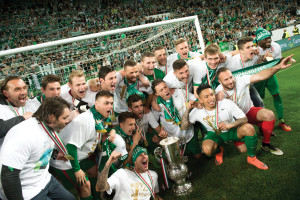 Budapest Municipality will continue to support Budapest Festival Orchestra to the extent that its budget permits, Budapest Mayor István Tarlos has said. Last month the assembly voted to cut funding for the orchestra by 200 million forints to 60 million. Tarlós told commercial television channel ATV that he and his cultural advisor had fought hard to secure the funds for the orchestra and revealed that some councillors were of the opinion that the capital should not provide any funding at all. The mayor said the situation around the orchestra had been made to look as if the city council had defaulted on an obligation by cutting funding. This is not the case, Tarlós said, pointing out that the capital is not legally obligated to provide any funding for the orchestra. He said that if the orchestra were truly in a difficult financial position, it would not be recording hundreds of millions of forints in annual profits and would not have over one billion forints in investments.

Prehistoric park to open in Veszprém in early June

Sándor Csányi, who owns agribusiness Bonafarm and heads OTP Bank, is still Hungary’s richest man, according to a list compiled by business news portal Napi.hu. Csányi, whose assets now reach HUF 200 billion, up HUF 35 billion from a year earlier, has topped the list since 2011. Runner-up is László Bige, who is in the artificial fertiliser business, with assets of HUF 175 billion. Construction industry magnate Sándor Demján is ihird with HUF 120 billion. Gábor Várszegi, who took third place last year as owner of holding company Fotex, with HUF 115 billion, is no longer a resident in the country. Fourth is Gábor Széles, who owns original equipment manufacturer Videoton, with HUF 100 billion. 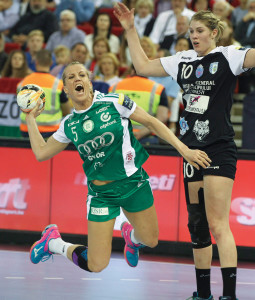 Hungarian mobile telecommunications service providers have complied with EU caps on roaming charges and modified their general contract conditions, the Media and Infocommunications Authority has said. From April 30, roaming charges in the EU were capped at the price for domestic service plus EUR 0.05 per minute for voice calls and per megabyte for data transfer. Charges for taking calls were capped at the domestic price plus EUR 0.0114 per minute and charges for text messages were limited to the domestic price plus EUR 0.02.