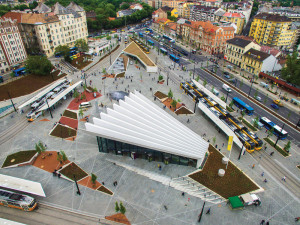 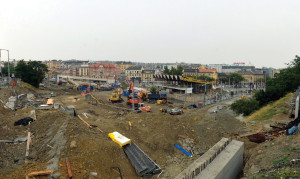 The percentage of young Hungarians who said they are well-informed on financial matters is 23 percent among urban youth, 28 percent among young employees and 12 percent among students, according to K&H’s first-quarter survey covering people aged 19 to 29 years. The bank said young people are primarily familiar with online banking but this does not mean they are actually financially savvy. They are moderately informed about loans and insurance policies and have hardly heard about savings and investment products at all. About 61 percent of interviewees said it was the shared responsibility of parents and schools to teach them how to manage their finances. Sixty-four percent said financial education should already be started at primary school. However, 63 percent said they were never taught any financial knowledge at primary school and this percentage was 81 percent among those living in the capital. Just 6 percent and 32 percent said they obtained some financial knowledge at secondary school or at college or university. K&H’s quarterly survey covers young people’s satisfaction and expectations, including housing, work, advancement prospects, education and family. The representative survey covered 500 young people. 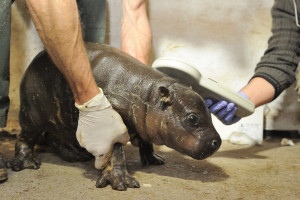 Fewer than 100 taxis gathered in Budapest’s Hősök tere in the latest protest to demand a ban on ride-hailing service Uber. The drivers want the authorities to crack down on what they say are “illegal passenger services”, and they are demanding the removal of related internet apps. The demonstration this time headed to the end of the Airport Expressway where one lane was blocked in both directions. Though getting to the airport took about 10-15 minutes longer, the demonstration did not create the predicted chaos. Similarly to other large companies, taxi company Főtaxi, which has more than 1000 cars in the city, said its drivers did not join the protest, and the union of taxi drivers asked its members to end such demonstrations because they cause more harm than good. “While we agree with the idea that all passenger services should be treated equal, we believe that negotiations are more effective than demonstrations with very few participants,” the union said. Most of the latest protesters were unaffiliated drivers, and according to press reports they plan to continue protesting every Tuesday until their demands are met. 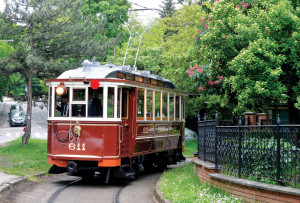 MPs have passed a package of amendments that will reduce social benefits for migrants, making them eligible for only some types of benefits to which Hungarian citizens are entitled. The amendment restricts migrants’ stay in reception centres to one month, instead of two. Further, the new law makes it legal to detain migrants who may later be sent back to other countries from Hungary under the Dublin III rules. Lawmakers also tightened the rules for applying for a residence permit, as a significant number of citizens from developing countries had been found to be abusing the application system in a way that later prevents authorities from expelling them. Parliament voted to make it easier for the state to issue residence permits “out of national economic interests”. 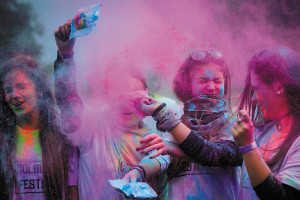 Festival of Colours in Nagyvárad

Shareholders of Norbi Update, which runs a lifestyle and nutrition franchise system, will decide on a proposal to delist the company’s shares at the annual general meeting on May 31. They will also vote on converting the enterprise into a closed company limited by shares (Zrt). Norbi Update shares started trade on the Budapest Stock Exchange in November 2014. The company raised more than HUF 800 million in its initial public offering.

Commercial television broadcaster TV2 group will soon launch new cable channels, the programme director for the company’s cable portfolio has announced. The programme development is the biggest of the past 15 years, Gabor Fischer said at a Media Hungary conference in Siofok, without revealing the cost. Super TV2 wants to become the third-biggest player on the market, he added. From autumn, TV2 would start showing a daily four hours of self-produced content. Later it would announce the launch of a “really big investment”. The new channels would include food channel Chili TV, music channel Zenebutik, telenovela channel Isaura TV, lifestyle channel Joy TV and children’s channel Kiwi TV. It would also re-position women’s channel FEM3 as Prime TV and PRO4 as film channel M+. Two more channels are also in the works. The changes at TV2 will have a deep impact on the market, Fischer said. Magyar Broadcasting, a company owned by government film industry commissioner Andrew Vajna, recently acquired TV2.

Hungarian chef Tamás Széll has won the European final of Bocuse d’Or, the world’s most prestigious contest for chefs, in Budapest. Norway came second and Sweden third. Twenty chefs competed during the two-day event, hosted by Budapest for the first time. The Bocuse d’Or world final will be in Lyon in 2017. The chefs and their teams had five hours and 35 minutes to prepare a fish and a meat dish. The competition was nothing short of world-class level, with Germany, the Netherlands and Finland particularly represented by top-level cooks. Széll said his team did an extremely good job after great difficulties with the mashed potatoes were overcome, eventually becoming probably the best part of the dish. “I’m very grateful for the support from the fans, we couldn’t have done it without them,” he said. Nearly 2000 attended.